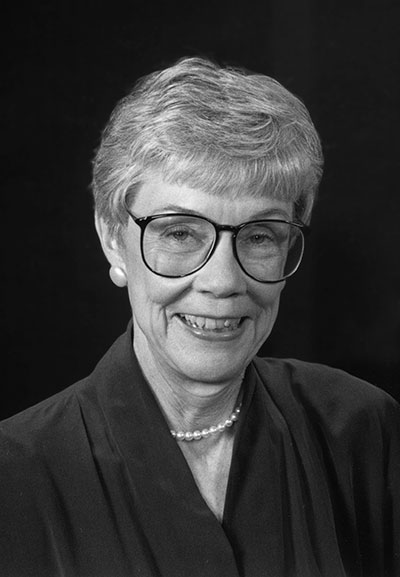 Bowling Green State University mourns the loss of Margaret Tucker, 92, a leader in educational media who, with her husband, Dr. Duane Tucker, was engaged with the development of WBGU-TV and University educational outreach. The couple shared a lifetime commitment to television and telecommunications as an important means of delivering education and instruction. The University in 1994 named the Margaret J. and Dr. Duane E. Tucker Center for Telecommunications in their honor.

“The Tuckers’ early vision for the educational possibilities of television and media made BGSU a leader in the field, and we are proud today to continue to serve our community and our students with many of the resources they established,” said BGSU President Mary Ellen Mazey.

An honorary member of WBGU’s Public Advisory Board, Margaret Tucker was a strong supporter of the station, said Tina Simon, co-general manager of WBGU.

“Margaret Tucker was a great friend and a warm and vibrant person. We’ll miss her enthusiasm and dedication,” Simon said. “The Tuckers’ vision helped shape WBGU as we know it today.”

Duane Tucker became the first head of BGSU’s radio/television/film department in 1959, and in 1963 instituted the closed-circuit instructional television system. The following year he initiated WBGU-TV, a public broadcasting station, and the couple in 1970 created the Northwest Ohio Educational Technologies Foundation (NWOET). He retired from BGSU in 1989 and the Tuckers established a scholarship endowment that friends, colleagues and family members also contributed to. He died in 2008.

A specialist in instructional media, Margaret Tucker was for 14 years the director of NWOET Foundation, which grew to serve more than 150 school systems with educational programming and computer services. Housed at the Tucker Center, it provides a daily contact between BGSU and school districts. TV programs she created, including “News Six,” for sixth-grade classrooms, and “Knowing About Growing” received awards from the Central Educational Network. The Computer Resource Network she created became one of the most widely used services of the foundation.

As its services became more in demand, the Tucker Center expanded in 1995, adding 1,150 square feet of space for television learning services.

Mrs. Tucker was active in Ohio educational media and library associations, on local school boards and in civic organizations.

She began her career in her native Kansas, where, as a student at Kansas State Technical College, she produced a children’s TV program. When she came to Bowling Green, she produced the daily Women’s Program for WFOB from 1962-70, before being named NWOET Foundation director. After 1984, she continued to serve part time as assistant to the director.

In 1972, she became the first woman to be named by the Ohio governor to the All-Ohio School Board. BGSU presented her its Merit Award in 1975 and she was similarly honored by the city of Bowl