The NHL’s newest expansion team is betting on George McPhee ’82.

The franchise will be located in Las Vegas and will begin play starting the 2017-18 NHL season.

McPhee, 58, was hired to be the team’s general manager, a position he held with the Washington Capitals for 16 seasons. As GM, McPhee selected hockey superstar Alex Ovechkin with the No. 1 overall pick in the 2004. Under McPhee’s watch, the Capitals made the playoffs six consecutive seasons.

McPhee won the Hobey Baker Award as college hockey’s best player with Bowling Green State University during his senior season, 1981-82. He earned a degree in interpersonal communication from the College of Arts and Sciences.

A member of BGSU’s Academy of Distinguished Alumni, he will be in charge of building the Las Vegas team from the ground up.

“Our mission here is clear,” the Guelph, Ontario, Canada, native said at a July 13 news conference in Las Vegas. “We’re going to build an organization and a team that people in Nevada and Las Vegas will be very be proud of. We’re going to do it quickly, and we’re aiming for the Stanley Cup.

“I’ve been very fortunate in my hockey life to experience a lot of things from terrific teams to division titles. I’ve been to the Finals twice … but what you really want to do is win the Stanley Cup — that’s what you want to deliver.”

Franchise owner Bill Foley was happy that someone with McPhee’s credentials was available to construct the new team.

“I was looking for a guy that was going to be dedicated, focused, (with a) take-no-prisoner attitude (and) committed to winning,” Foley said. “I found that person and I’m really thrilled: George McPhee is our guy.”

When McPhee graduated from BGSU in 1982 he held the school scoring record with 267 points on 114 goals and 153 assists in 153 games. His jersey, No. 9, was the first in BGSU hockey history to be retired. McPhee, who scored a school-record 40 goals his freshman season, was elected to the BGSU Athletic Hall of Fame on the first ballot in 1987.

McPhee played seven seasons in the NHL, six with the New York Rangers, scoring 24 career goals. He received a law degree from Rutgers University in 1992 before earning a position as vice president and director of hockey operations for the Vancouver Canucks. He was the GM of the Capitals from 1997 to 2014, turning them into one of the league’s top teams.

He hopes to duplicate the success he had in Washington in Las Vegas.

“We may have an opportunity here that other expansion teams haven’t had: to put a good team on the ice a lot quicker than in the past,” McPhee said. “And I’m going to do everything I can to make them real good, real fast, but it all starts with the draft. We’ll get a nice squad together from the expansion draft but our elite players are going to have to come through drafting.” 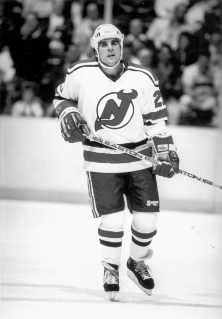 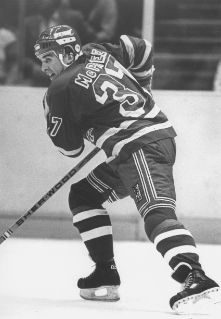 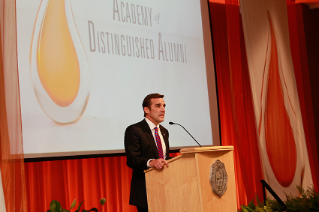 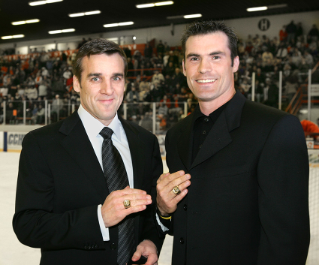 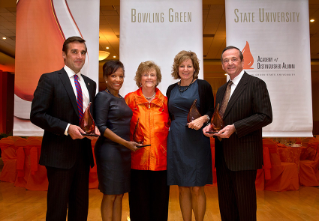 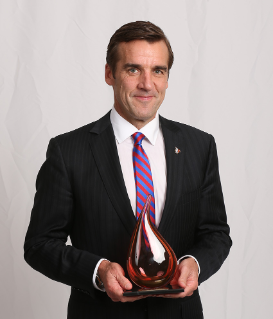 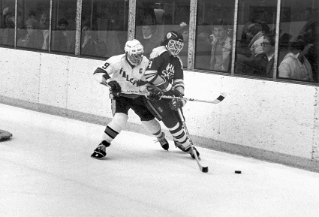 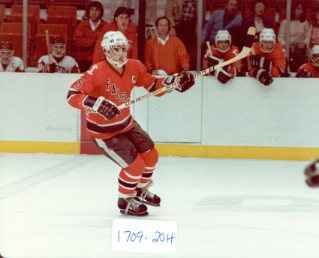 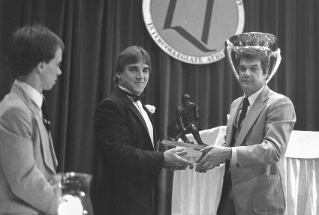 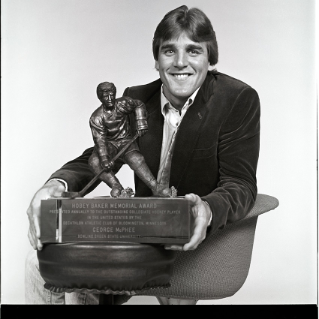 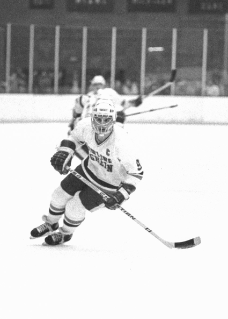 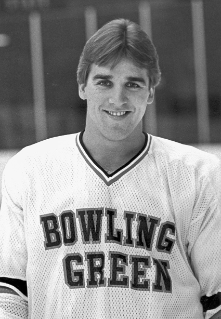 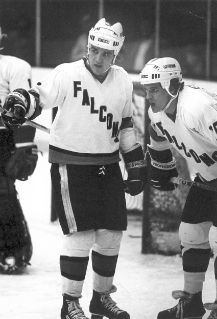 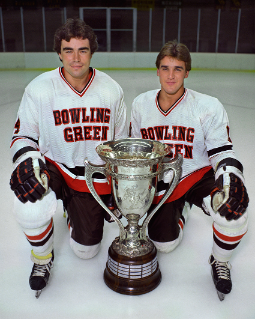