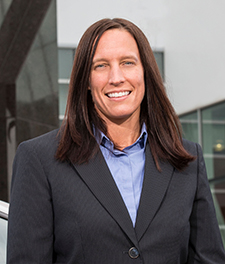 The Bowling Green State University Police Department has adopted and implemented state standards established by the Ohio Collaborative Community-Police Advisory Board as part of the state’s efforts to strengthen community and police relations.

By meeting standards for the use of force, including deadly force, and agency recruitment and hiring, the department became certified in June. It was the first law enforcement agency in Wood County to become certified. Approximately 30 other agencies in Ohio have also been certified. The standards are the first of their kind in Ohio and were developed by the 12-member board in August 2015.

“Although this is a voluntary initiative, we decided to pursue certification because we are committed to professionalism and operating from policies based on best practices,” said Police Chief Monica Moll. “We had already been doing most of what the Ohio Collaborative Community-Police Advisory Board was recommending in these two important policy areas, so achieving compliance was not difficult.”

The state has partnered with the Buckeye State Sheriffs’ Association and the Ohio Association of Chiefs of Police on a process to help certify Ohio’s nearly 1,000 law enforcement agencies to ensure that they are in compliance with Ohio’s new standards.

Police departments have until March 2017 to achieve certification, which is voluntary.

“If a department adheres to these standards, and achieves certification, the community can be reasonably assured that they’re following best practices surrounding the use of force, employee recruitment and hiring,” Moll said.

More information about the Ohio Collaborative, the certification process for law enforcement and the complete list of agencies that have been certified is available online.