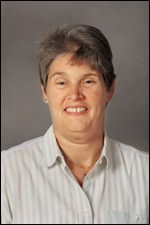 Dr. Pamela Bechtel, associate professor emerita in the School of Human Movement, Sport and Leisure Studies, was recently elected to the position of president-elect of the Society of Health and Physical Educators (SHAPE) America's Midwest District. Bechtel began her three-year term in March.

The purpose of the District Leadership Councils is to promote and support the mission and vision of SHAPE America and to deliver educational programs and other mission-relevant activities.