Almendinger family can trace BGSU roots to the first president

When twin sisters Alyssa and Katie Almendinger move about the BGSU campus, they view the history, the traditions and the architecture from a little different perspective than most of the other sophomores at the University.

You see, when these BGSU students enter Williams Hall, they walk the same corridors their great-grandmother walked in her days in college. They also know the “Williams” whose name is on the building—he's family too.

It’s all relative for the Almendinger sisters, since they are carrying on a strong lineage and connection with the University, a link that dates back to Homer B. Williams, who was the first president of what was then the newly organized normal college in Bowling Green. He is the great-great-great uncle of the twins.

“The family history and the ties to Bowling Green are something I treasure,” Katie Almendinger said. “The more I’ve learned about it, the more I’ve appreciated it. I place a very high value on knowing my family has that strong connection here.”

The girls’ great-great-great grandfather Edward Brewer had a sister named Cora who was married to Williams.

Williams was named president in May of 1912 and remained in that post until his retirement in 1937. After leading the Bureau of Alumni Relations, he returned as interim president in 1938 when the current president, Dr. Roy E. Offenhauer, died in an automobile accident. Williams stepped down in 1939 when Frank J. Prout was named the school’s next president. 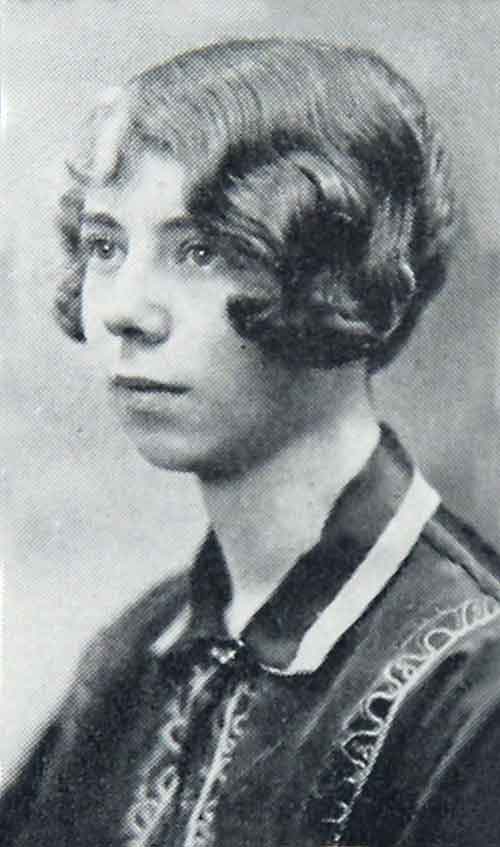 Edna BrewerEdna Brewer, the great-grandmother of the Almendinger sisters, lived with the Williams family while she was attending BGSU. Brewer graduated from the University in 1927 when it was still listed as a normal school. The girls’ grandmother also attended BGSU.

“I think it is really cool to know all of that history, and I feel pretty proud of it,” Alyssa Almendinger said. “I will be walking around campus with my friends and we’ll pass Kohl Hall, and I’ll say my grandma stayed there. I’m never shy about mentioning that.”

“My grandmother Edna, who is the girls’ great-grandmother, she talked quite a bit about Bowling Green so I got an introduction pretty early,” he said. “We have other relatives who went here too, so going into some of the older buildings like Shatzel Hall or Williams Hall is kind of neat, because you knew you were walking down some of the same hallways where grandma and those other folks walked when they were here.”

Todd Almendinger, who is the president and CEO of Magruder Memorial Hospital in Port Clinton, said that while he is very proud of his family’s strong ties to BGSU that link was not the deciding factor when he looked at potential schools where he could further his education.

“The family connection was certainly something I was aware of, but I won’t say it was a major motivator and driver behind me ending up going to college here,” he said.

“Bowling Green’s business school ranked pretty high and offered a health care administration program as a minor, and that was exactly what I wanted. It was only icing on the cake to know my family had some involvement in the formulation of Bowling Green, in some form or another. My decision was driven mostly by the academics, but it was wonderful to be in the same place where they had been.”

He was pleased his daughters chose to come to Bowling Green, where Alyssa is majoring in marketing and journalism, and Katie is majoring in the health field. But dad did not pressure them to carry on the legacy and follow those many sets of family footprints in place at BGSU.

“They made their own decisions, and I think the fact that the school has a great reputation made it easier,” he said. “I think they liked the fact it is not sitting in an urban setting, and that this campus has more of a home kind of feeling to it. This is a good place to come to school.”

Katie said her mind was made up fairly early.

“Ever since I was a little girl and we would come to Bowling Green to go to the football games and all, I knew I wanted to come here for college. I never really looked at anywhere else,” she said. “The family connection is part of it, but I like the campus and I knew that as an education major they had a great program here, so that kind of settled it for me.”

Alyssa said BGSU offered the program she was looking for, and it had a very sound track record with her family.

“I definitely felt like I could get the education I wanted here,” she said. “And you know you made a good choice when your friends from another state that go here, they tell you they found BG online when they were looking for a place to get a quality education.”

Todd Almendinger said he has noticed that his daughters, who in the past might have winced a little when he related stories of his days on campus, now tune in more when family members talk about Bowling Green, or about their ancestors’ days at the University.

“They are blooming into college students, and actually getting some of the same college experiences I had, and developing their own memories,” he said. “Over time, that connection builds between you and an institution, and it’s exciting to see that happening for them.”

Katie and Alyssa said they do not feel any pressure to carry on the family legacy, and that they are excited to be writing the latest chapter.

“I’ve never really felt like it was a burden of any kind,” Alyssa said. “It’s just cool to know about all of that family history here.”

“For me it’s a source of pride,” Katie said. “And eventually when I get a family, it will be exciting to tell them all about it.”