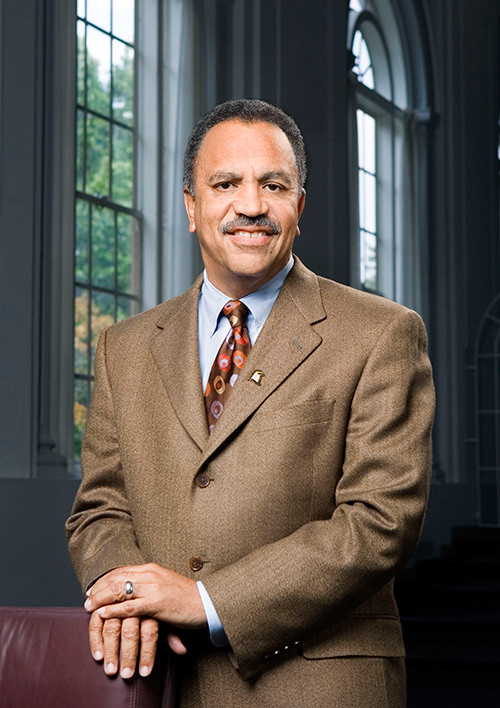 Former BGSU President Sidney A. Ribeau will return to campus Jan. 20 to present remarks at the University’s 2015 celebration of the legacy of Dr. Martin Luther King Jr.

Ribeau, BGSU’s ninth president, will provide reflections on the legacy of Dr. Martin Luther King Jr. at 7 p.m. in the Bowen-Thompson Student Union Lenhart Ballroom. The event is free and open to the public.

For 13 years Ribeau served as BGSU’s president. In 2008, he was named president of Howard University in Washington, D.C. He was president at Howard from 2008 until his retirement in December 2013.

During Ribeau’s tenure at BGSU, the University gained recognition for its residential learning communities and innovative graduate programs. He had a vision for the University to prepare students to lead with integrity and make meaningful contributions to society during their student years and in their professions and communities as alumni. In 1997, his vision became a reality with the establishment of the President’s Leadership Academy (PLA). In fall 1998 the first cohort of students committed to developing their leadership skills were selected for the PLA. In spring 2009, the University’s Board of Trustees honored the former president’s initiative by renaming the program the Sidney A. Ribeau President’s Leadership Academy.

Questions regarding the presentation may be directed to the University’s Office of Equity and Diversity at 419-372-8476 or OED@bgsu.edu.

Individuals who need special services, assistance, or accommodations to fully participate in this program should contact the Office of Equity and Diversity by Jan. 10.