BOWLING GREEN, O.—It’s been an active year for Dr. Mikel Kuehn. The professor of composition at Bowling Green State University is currently on faculty improvement leave and completed a number of new works during his time away from campus. He’ll be able to continue to devote significant time to composing thanks to the John Simon Guggenheim Memorial Foundation. Kuehn was recently named a 2014 Guggenheim Fellow. 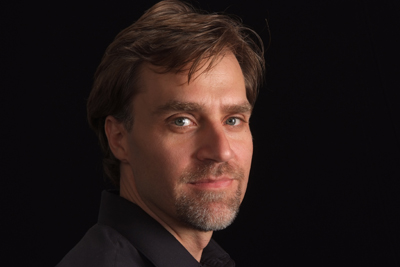 Guggenheim Fellows are chosen through a rigorous and highly competitive application process that this year yielded 177 fellowships from about 3,000 applications.

Kuehn said he was overjoyed and honored to learn of his selection, but that he’s “still digesting the idea.”

According to the foundation, fellowships are grants made for a minimum of six months and a maximum of 12 months. Grants are made freely for the purpose of providing Fellows with blocks of time in which they can work with as much creative freedom as possible. No special conditions are attached, and Fellows may spend their funds in any way they deem necessary.

“It will provide me with some professional development money to allow me to focus on intensifying my work in different ways,” Kuehn said.

“The main project that I will be involved in is composing a piano and live electronics piece for Marilyn Nonken, piano faculty at New York University. I'm also going to be putting together the first commercial CD of my music, which will be available through New Focus Recordings and the Naxos Music Library in early 2016.”

Kuehn has added significantly to his list of compositions over the last several months. This past fall he finished a large piece for Ensemble Dal Niente called “Undercurrents.” After that, he worked on a solo piano piece called “Returning the Complement,” which was commissioned by Perspectives of New Music for pianist Winston Choi in celebration of Robert Morris’ 70th birthday. He also had two saxophone works published by Resolute Music.

Over the winter he composed “Rite of Passage” for bass clarinet and live electroacoustics, which was commissioned by clarinetist Marianne Gythfeldt. The piece will premiere in October at the Seoul International Computer Music Festival. He’s currently working on a composition for his wife, a soprano, and live electroacoustics based on Wallace Steven’s poem “13 Ways of Looking at a Blackbird.”

In addition to the Guggenheim, Kuehn was also recently recognized with a 2014 Ohio Arts Council Individual Excellence Award. Winners receive $5,000 to use toward advancing their art form and developing their skills.

Kuehn came to BGSU in 1998. In addition to his time in the classroom, he also served as director of the MidAmerican Center for Contemporary Music from 2007-10, overseeing the annual New Music Festival, the Music at the Forefront contemporary concert series, and various grant and outreach programs and special events.

Kuehn earned his doctorate in composition and master’s degree in music from the Eastman School of Music in Rochester, New York. He received his bachelor’s of music at the University of North Texas.