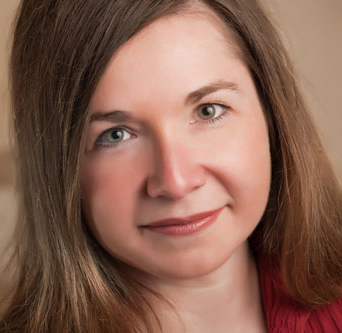 BOWLING GREEN, O.—Atmospheric scientist Dr. Katharine Hayhoe, a co-winner of the 2007 Nobel Peace Prize, will give the 2014 Edward Lamb Peace Lecture on Monday, April 28, at Bowling Green State University. The event is free and open to the public and will take place at 7:30 p.m. in 228 Bowen-Thompson Student Union.

As director of the Climate Science Center at Texas Tech University and founder and CEO of ATMOS Research, Hayhoe has dedicated her life to researching climate change and communicating its realities to those who will be affected by it.

An expert reviewer for the Nobel Peace Prize-winning Intergovernmental Panel on Climate Change (IPCC), she shared in the prize when it was awarded to the IPCC and to Al Gore.

Hayhoe has been featured in the PBS documentary series “The Secret Life of Scientists” and is interviewed in James Cameron’s “Years of Living Dangerously,” seen on Showtime and online.

Her research has been included in more than 50 peer-reviewed publications and other key reports, and her findings have been presented before Congress and highlighted in briefings to state and federal agencies.

BGSU’s annual Edward Lamb Peace Lecture is presented in honor of the late, Toledo-based attorney Edward Lamb, who dedicated his life to world peace and social justice. The lecture series dedicated to him is underwritten by the Lamb Foundation of Toledo and is co-sponsored by the BGSU International Relations Organization; Department of Political Science; Department of Environment and Sustainability; and the Peace and Conflict Studies program.