BOWLING GREEN, O.—Little girls are invited to “Toss the Tiara: An Alternative Dress-up and Role Model Day for 3-6 Year Olds” when Bowling Green State University  kicks off Women’s History Month from 10 a.m. to 1 p.m. March 1 in 308 Bowen-Thompson Student Union. The costumes are from careers in which women are underrepresented, such as farming and aviation. Boys are also welcome to attend the program, which is free and open to the public.

“Girl Culture” is the theme of the University’s celebration this year, with programs that explore the meaning of girlhood and the experiences of contemporary girls in the U.S. Events that appeal to girls and women of all ages, and those who care about them, are planned by the BGSU Women’s Center and the Women’s, Gender and Sexuality Studies Program in partnership with 15 co-sponsoring organizations on and off campus. All the programs are free of charge.

Not only are the month’s events designed for girls and women of all ages, the presenters are also of all ages. 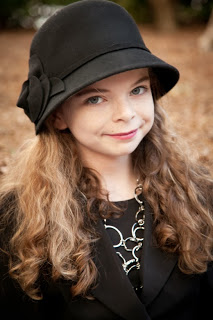 Keynote speaker Madison Kimrey, a 12-year-old political activist and suffragette, will present “Only Six Years until I’m an Adult: My Life as a Pre-Teen Activist,” at 7 p.m. March 24 in 206 Union. Kimrey has worked to restore voter preregistration for 16- and 17-year-olds in her home state of North Carolina.

The month’s keynote event is a talk on “Risk and Responsibility: Naming and Disrupting the Inequalities in Girls’ Lives,” with sociologist Dr. Lorena Garcia of the University of Illinois at Chicago. Garcia studies youth and the roles of gender, sexuality, race, social class and ethnicity in their lives. Her 2013 book “Respect Yourself, Protect Yourself” won the American Sociological Association Distinguished Book Award in the Race, Gender and Class section.

The month culminates with the Women’s Studies Research Symposium on March 28. Beginning at 9 a.m., undergraduate and graduate student researchers will give presentations in 314, 315 and 316 Union. 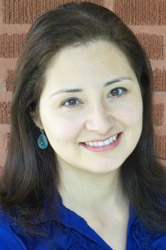 In between the month’s start and finish are a number of offerings, beginning with “Putting Down Roots for Girls in STEM” at noon March 5 in the Women’s Center. Dr. Kristine Blair, a professor and chair of the Department of English; Beth Pinheiro, an instructor in the School of Family and Consumer Sciences, and Susan Osborn of the Girl Scouts of Western Ohio will speak.

Also on March 5, “Examining Cultural Norms for Girl Culture and Femininity,” a program of the Ethnic Student Center Discussion Series, will feature guest speaker Dr. Roz Sibielski, an instructor in the Department of Theatre and Film. Christopher Klein, graduate assistant in the Office of Multicultural Affairs, will facilitate the discussion, which begins at 5 p.m. in 318B Mathematical Sciences Building.

And at 7 p.m. that evening, the film “Why Do You Have Black Dolls?,” a 2012 documentary by director Samantha Knowles, will be screened in the Gish Film Theater in Hanna Hall, followed by a discussion in the Women’s Center. The event is sponsored by the Bowling Green section of the National Council of Negro Women.

Two events will be held on March 19. Nancy Down, head librarian at the Browne Popular Culture Library, will discuss “Career Girls and Amateur Sleuths: Girls’ Series Fiction from the 1920s to the 1950s” at noon in the Women’s Center.

That evening at 7, “How to Lose Your Virginity,” a 2013 documentary by director Therese Schechter, will be shown in the Gish Film Theater, with a discussion afterward in the Women’s Center. The event is part of the BGSU Graduate Women’s Caucus Feminist Film Series.

Another two events are slated for March 21. “Shoots, Slices, Survives: The Possibilities and Problematics of Aggressive Girls in Popular Film” will be the topic of Lisa Richman Kaplan, graduate assistant in American culture studies. Her talk begins at 1 p.m. in the Women’s Center.

At 6 p.m., Sibielski will present “Princesses, Superheroes and Other Media Representations of Girls” at 6 p.m. in 315 Union.