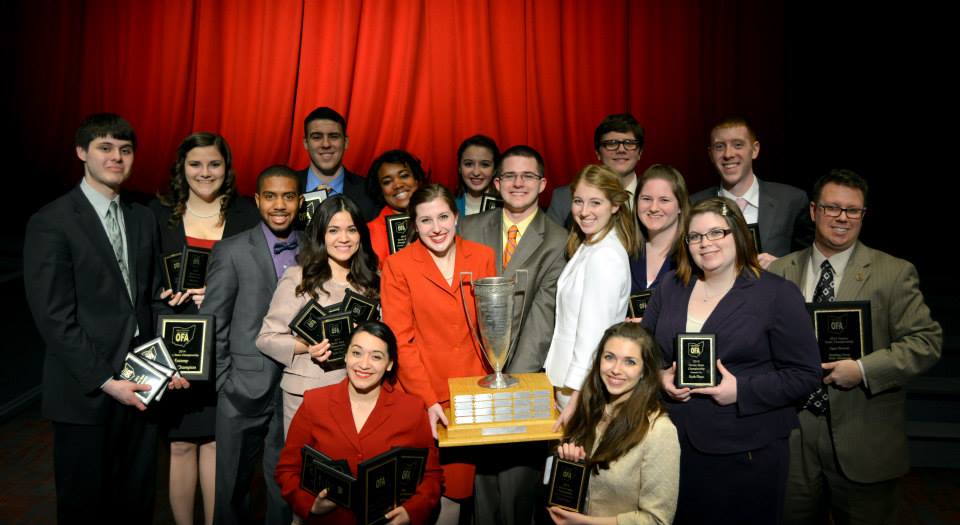 BGSU placed first in Poetry Interpretation, Extemporaneous Speaking, Rhetorical Criticism and Dramatic Interpretation to edge out Miami for the title.

Junior Spencer Coile of Hayworth, Ill., joined Kelly and Salazar as three of the top five speakers overall at the tournament.

In addition to the team winning the overall state championship, BGSU was awarded the “Founders Trophy” for highest cumulative point total and the Division I “Quality Award” reflecting the highest overall school quality at the competition.

All combined, the team walked away with 30 honors. They’ll compete again in March at the National Comprehensive Tournament where they are defending national champions.