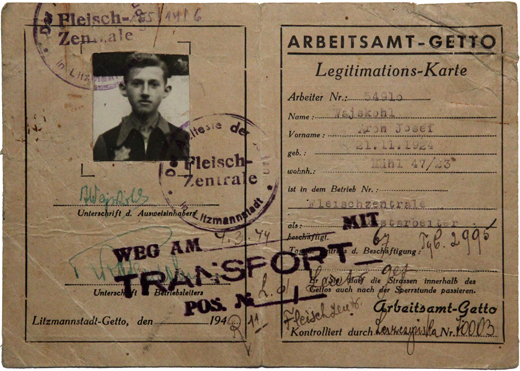 BOWLING GREEN, O.—Six individuals, each from a different background but united in their common experience in the Holocaust, are featured in a powerful new documentary from Toledo, Ohio. “Bearing Witness: The Voices of Our Survivors” provides a forum for these six remarkable people – the last known survivors in Toledo — to tell their stories in their own words. The film will be broadcast at 8 p.m. July 5 on WGTE-TV public television as part of its “Toledo Stories” series.

“The project is an urgent effort to capture the survivors’ experiences so that the young people of today will have an understanding of what their predecessors lived through, and what can happen when the world does not pay attention,” says Hindea Markowicz, director of Toledo’s Ruth Fajerman Markowicz Holocaust Resource Center. Dreadful as the Holocaust was, as this century proceeds, the events of the previous era – both good and bad - begin to fade in memory. Those who can bear witness to some of the most important events are aging, and many are already gone.

The project was a collaboration between the Holocaust center and Bowling Green State University School of Art faculty members Heather Elliott-Famularo and Dena Eber. Its goal was both to engage the youth of today with these remaining survivors and document their stories for future generations to study.

The Bearing Witness Project brought together the six survivors with about 65 students, in grades 7-12, from the three area synagogues’ Sunday Schools for face-to-face interviews, which were recorded and photographed by Elliott-Famularo and Eber. With help from Elliott-Famularo, the students asked them about their memories and experiences.

“I was honored to have this opportunity to meet and interview the survivors, and simultaneously collaborating with the community to help educate the students was rewarding on a really profound level,” Elliott-Famularo said.

The survivors have had a variety of life experiences. Two were forced into the Lodz ghetto, most were sent to labor camps and one was rescued and sent to a children’s home. Another was hidden in the attic of a Mennonite family.

Early on, the project yielded some revelations. “A little miracle occurred when I was doing research online at the United States Holocaust Memorial Museum in preparation for the interviews,” Elliott-Famularo recounted. “I came across some photos of a young boy, with the name Rolf Hess in the description. He is one of the Toledo survivors. He had never seen these photographs. In fact, ‘Bearing Witness’ was the first time he had publically told his story.”

The other survivors are Al Negrin, from Greece; Philip Markowicz and Aron Wajskol, from Poland; William Leons, from Holland, and Clara Rona, from Hungary.

They, the Sunday School students and the Toledo Jewish community got to see the premiere of a version of the film last May 1 on Yom HaShoah, or Holocaust Remembrance Day, along with photographic portraits created by Eber.

Over the past year, through support and a fellowship from BGSU’s Institute for the Study of Culture and Society, Elliott-Famularo continued researching the survivors’ stories and expanded the film into a feature-length documentary. Her research included two trips to the United States Holocaust Memorial Museum in Washington, D.C.

“Searching the Holocaust museum archives was an incredible, but difficult process. When I came upon one of our survivor’s names handwritten in ink by a Nazi in an ‘inventory,’ I was brought to tears. Discovering photographs and official documents took our survivors’ personal stories to another, painful yet important level for me as a filmmaker.”

The broadcast version of “Bearing Witness: The Voices of Our Survivors,” executively produced by Angel Vasquez, features original music composed by Los Angeles sound artist Patrick Bowsher and motion graphic animations created by BGSU School of Art students, under the direction of Elliott-Famularo. “It was exciting to offer the opportunity for my students to help create the aesthetic look of the film, but also to learn about the Holocaust through the process.”

This film is the first step in what could become a lifetime of exploration on the topic for Elliott-Famularo. She has already begun work on a documentary short, “The Last Torah,” which shares some of the personal and historic revelations discovered in the research process. She also will be continuing work on creating a short film for each survivor’s story that will include research trips back to the places in Europe where these events occurred.

The Bearing Witness Project is sponsored by grants from the Ruth Fajerman Markowicz Holocaust Resource Center of Greater Toledo, the Jewish Federation of Greater Toledo, Bowling Green State University, and the Andersons Foundation, with additional support from the BGSU School of Art, the artists, and private donors. A 501(c)(3) charitable gift fund has been established through the BGSU Foundation to accept donations for future aspects of the project.