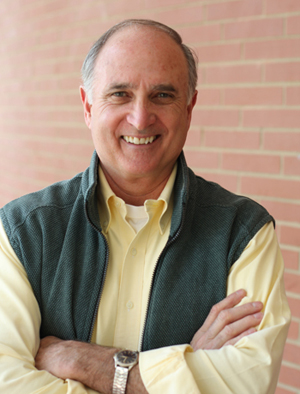 BOWLING GREEN, O.—The link between environmental sustainability and national security will be explored in this year’s Edward Lamb Peace Lecture at Bowling Green State University. Dr. David Orr of Oberlin College will present “Peace, Security and Resilience in a Black Swan Future” at 7 p.m. April 17 in the Bowen-Thompson Student Union Theater. The talk is free and open to the public.

“Black Swan” events are characterized as being rare, having a large impact, and largely unpredictable. “Orr’s analysis of the increasing frequency of these events, coupled with consideration of societal vulnerability for future events, should make a fascinating evening’s discussion,” said event organizer Dr. Gary Silverman, director of BGSU’s Center for Environmental Programs.

Orr is the Paul Sears Distinguished Professor of Environmental Studies and Politics and special assistant to the president of Oberlin and executive director of the Oberlin Project, which is focused on making the city of Oberlin a model of full-spectrum sustainability and then replicating that effort through a National Sustainable Communities Coalition.

Orr’s writings often focus on links among political security and the environment, including his 2011 article in the inaugural issue of the Journal of Environmental Studies and Sciences, “National Security and Sustainability.”

His recent projects include a two-year, $1.2 million collaborative project to define a 100-day climate action plan for the Obama administration (www.climateactionproject.com). He is active in efforts to stop mountaintop removal in Appalachia and develop a new economy based on ecological restoration and wind energy.

In 1987 he organized studies of energy, water and materials use on several college campuses that helped to launch the green campus movement. In 1989 Orr organized the first conference on the effects of impending climate change on the banking industry. Co-sponsored by then-Governor Bill Clinton, the conference featured prominent bankers throughout the mid-South and leading climate scientists.

A prolific writer, Orr is the author of seven books and co-editor of three others. His first book, “Ecological Literacy,” was described as a “true classic” by Garrett Hardin. A second book, “Earth in Mind,” is praised by people as diverse as biologist E. O. Wilson and writer, poet, and farmer Wendell Berry. Both are widely read and used in hundreds of colleges and universities. He is also the author of “Down to the Wire: Confronting Climate Collapse” (Oxford University Press, 2009), described by the late Thomas Berry as “powerful and prophetic.”

He is the recipient of seven honorary degrees and numerous other awards. He has lectured at hundreds of colleges and universities throughout the U.S. and Europe.