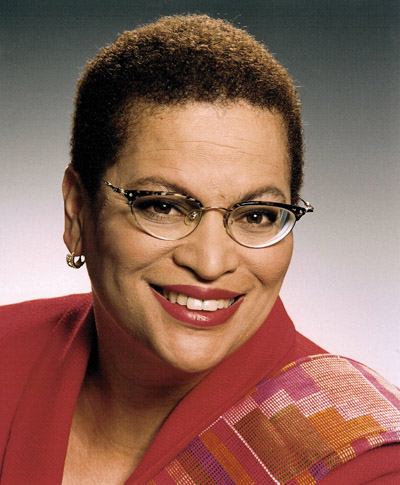 The 15th president of Bennett College, America's oldest historically black college for women, Malveaux has been hailed by Dr. Cornel West as "the most iconoclastic public intellectual in the country" for her contributions to the dialogue on race, gender and culture and their economic impacts.

A popular columnist and author, Malveaux's writing has appeared in USA Today, Black Issues in Higher Education, Ms. Magazine, Essence magazine, and The Progressive. Her weekly columns appeared for more than a decade (1990-2003) in newspapers across the country, and she has hosted television and radio programs and appeared as a commentator on major TV networks. Malveaux is also the editor of several groundbreaking books on women, race and the state of the country.

A native San Franciscan, she is the founder of Last Word Productions, Inc., a multimedia production company headquartered in Washington, D.C.

Her BGSU visit is sponsored by the Office of Campus Activities in the Division of Student Affairs.