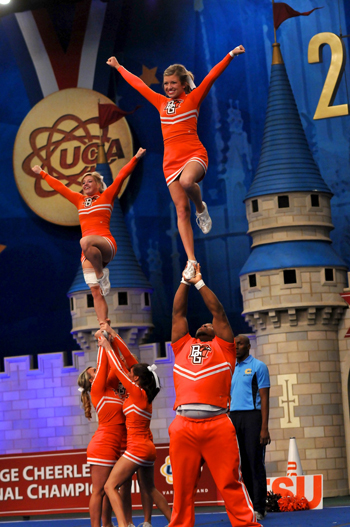 BOWLING GREEN, O.—The BGSU Cheerleading Team made another successful trip to the Universal Cheerleaders Association College National Championship, finishing fifth in the nation. The competition was held Jan. 14 at the ESPN Wide World of Sports complex in Orlando, Fla.

The team was one of 15 Division 1-A schools to receive a paid or partially paid bid to the competition. BGSU Cheerleading has been ranked among the top five teams for the past two years.

The BGSU Dance Team also traveled to Florida and competed in the semi-finals.