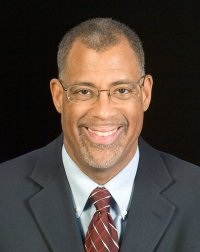 BOWLING GREEN, O.—A Bowling Green State University alumnus will be in charge of shaping the content of all the newspapers owned by the E.W. Scripps Company.

Mizell Stewart III has been named vice president of content for the Scripps newspaper group. As chief content officer, Stewart will be responsible for developing content strategy and directly overseeing the creation and production of news, information and entertainment for print and digital platforms in the 13 Scripps newspaper markets. All Scripps editors will report directly to him.

Stewart, who graduated in 1994 with a degree in journalism, has been the editor of the Scripps-owned Evansville (Ind.) Courier and Press since 2007.

Throughout his career, Stewart has helped oversee the coverage of a number of historical events. In 2005, he served as the acting managing editor of The (Biloxi) Sun-Herald, supervising day-to-day coverage of the aftermath of Hurricane Katrina. The Sun Herald’s coverage was recognized in 2006 with the Pulitzer Gold Medal for Public Service. He was also the managing editor of the Tallahassee Democrat during the 2000 presidential recount in Florida, coordinating coverage that generated national and worldwide attention.