BGSU remains a ‘best for vets’ 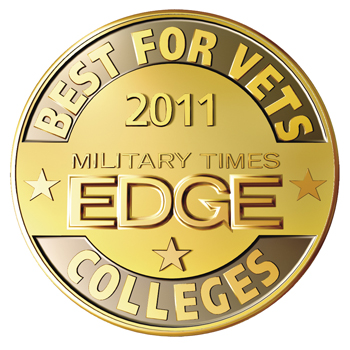 BOWLING GREEN, O.—The numbers are in and Bowling Green State University has moved up in the rankings of the 2011 Best for Vets: Colleges in Military Times EDGE. BGSU was ranked 24th among four-year institutions, improving considerably on last year’s ranking of 77th.

In the spring, Military Times EDGE polled more than 500 student veterans on what they consider the most important school services for vets. Results of the survey ultimately led to the rankings, particularly the magazine’s emphasis on academic accreditation, central veterans' offices and staff knowledgeable on veterans' issues.

Military Times EDGE is dedicated to showing soldiers, sailors, airmen, Marines and Coast Guardsmen how to make their lives and careers better — both in the military and beyond.