Owens-Illinois chief to speak at BGSU 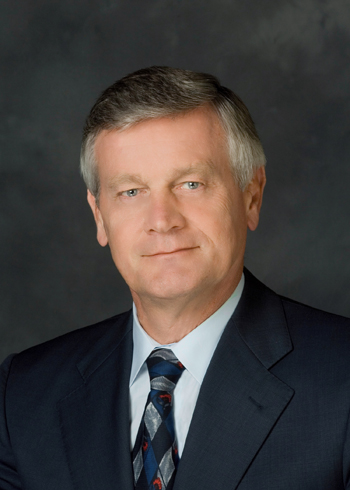 BOWLING GREEN, O.—The community is invited to hear about “Leading in a Global Economy” from the head of a truly global company. Al Stroucken, chairman and chief executive officer of Owens-Illinois, Inc., will speak at 4 p.m. Oct. 4 in 202B Bowen-Thompson Student Union at Bowling Green State University. He is the first speaker in the College of Business Administration’s 2011 Executive Lecture Series.

The lecture is free and open to the public. A reception will be held following the talk, at 5 p.m. in 208 Union.

Since being named chairman and CEO of Owens-Illinois in December 2006, Stroucken has initiated and successfully led the company through dramatic change. O-I has significantly strengthened its financial stability as a result, increasing earnings nearly fourfold and reducing debt by $2.2 billion.

Under his leadership, O-I has expanded its global market for glass through acquisitions in Brazil, China and Argentina, and through investments in research and development, marketing and innovation.

Before being named CEO, Stroucken served on O-I’s board of directors, a position he has held since August 2005. He previously served as chief executive officer and chairman of H.B. Fuller Company, a global manufacturer of adhesives, sealants, coatings, paints and other specialty chemical products. Before joining H.B. Fuller, he spent nearly 30 years with Bayer AG, a diversified international chemical and pharmaceutical company.

Stroucken serves on the board of directors for Baxter International Inc., a global medical products and services company. He is a passionate advocate for early childhood education and has a long-standing commitment to the United Way.