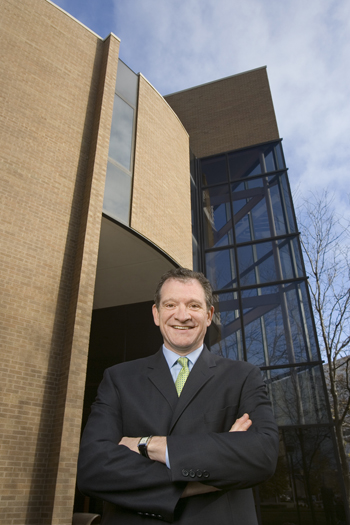 The University had previously announced that Dr. Kenneth Borland, the current provost, would be stepping down from the position for personal reasons. He will join the University’s faculty in the College of Education and Human Development.

BGSU will also welcome a new president on July 1. Dr. Mary Ellen Mazey, now the provost and vice president for academic affairs at Auburn University, was named the University’s 11th president in March. President Carol Cartwright will retire at the end of June.

Dr. Mazey expressed confidence in Rogers’ ability to assist the University during this transitional period.

“Dr. Rogers was a member of the presidential search committee, and I have had a chance to get to know him over the last few months,” Mazey said. “I am confident that Rodney can keep the academy moving forward during this crucial time. His academic experience makes him an ideal fit for this critical role.”

Mazey has announced that she will launch a national search to permanently fill the position. Dr. Linda Petrosino, dean of the College of Health and Human Services, has agreed to head the search committee for the post.

Rogers was named dean of the College of Business Administration in 2006.  Previously, he served as associate dean and director of academic programs in the School of Business at Portland (Ore.) State University. Rogers has also held positions at Case Western Reserve University, Ohio Northern University, and the Cranfield School of Management, in England.

He holds a bachelor’s degree from Ohio Northern. He earned his M.B.A. from BGSU and a Ph.D. from Case Western.