‘The Gershwins’ Porgy and Bess' 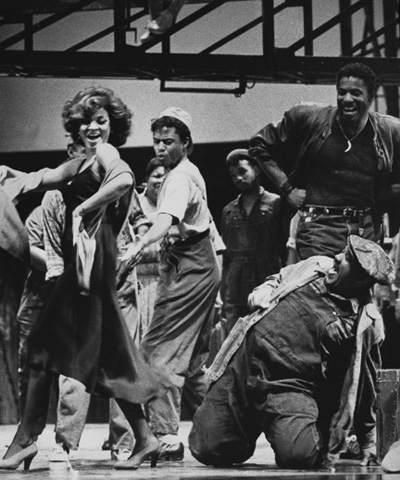 The performance will include the Bowling Green Philharmonia, directed by Emily Freeman Brown, with guest soloists soprano Kisma Jordan in the role of Bess, baritone Daniel Washington as Porgy and baritone Alvin B. Waddles III as Crown, a tough stevedore, and Jasbo Brown, the jazz pianist. The production also features a combined choir comprising members of the BGSU Gospel Choir, College of Musical Arts music students, and additional choral guests.

First performed in 1935, “Porgy and Bess” is considered an American folk-opera.  With music by George Gershwin, libretto by DuBose Heyward and lyrics by Heyward and Ira Gershwin, it depicts the life of African-Americans living in the fictitious 1920s Catfish Row, based on the real-life Cabbage Row in Charleston, S.C. The opera tells the story of a crippled beggar who attempts to rescue Bess from Crown, her violent and possessive lover, and from the allure of Sportin’ Life, the local drug dealer.

Washington’s recent performances include concert versions of “Porgy and Bess” with the Berlin Philharmonic, Montreal Symphony, Detroit Symphony and others. He has also portrayed Balthazar in Menotti’s “Amahl and the Night Visitors,” directed by the composer. Washington is associate dean for faculty and multicultural affairs and a professor of voice at the University of Michigan.

A BGSU alumna, Jordan has appeared with the Detroit Symphony Orchestra and others. She received an invitation from renowned mezzo-soprano Marilyn Horne to participate in “The Song Continues” master class and recital festival, presented by the Marilyn Horne Foundation at Carnegie Hall’s Zankel Hall. In fall 2006, Jordan made her recital debut in Philadelphia as artist-in-residence at the Academy of Vocal Arts.

Waddles is the featured piano soloist in the annual productions of “Too Hot to Handel” in Detroit and Chicago and can frequently be heard performing his own Fats Waller Revue.