The average age of grandparents in the U.S. was 67 years. Grandparenthood is more common among older adults (aged 65 and older) than those in midlife (aged 40-64). In 2021, the percentage of older adults who were grandparents (71%) was more than 2.5 times greater than the percentage among those in midlife (33%). Data from the 2021 panel of the Survey of Income and Program Participation (SIPP) are used to update Wu, 2018 comparing midlife grandparents to those at older ages across demographic characteristics. The SIPP is a nationally representative household-based survey that directly asks respondents if they are a grandparent, making it one of the few national surveys that identify non-resident grandparents. This profile is number 2 in our 2021 series on grandparents in the U.S.

Prevalence of Grandparenthood by Age 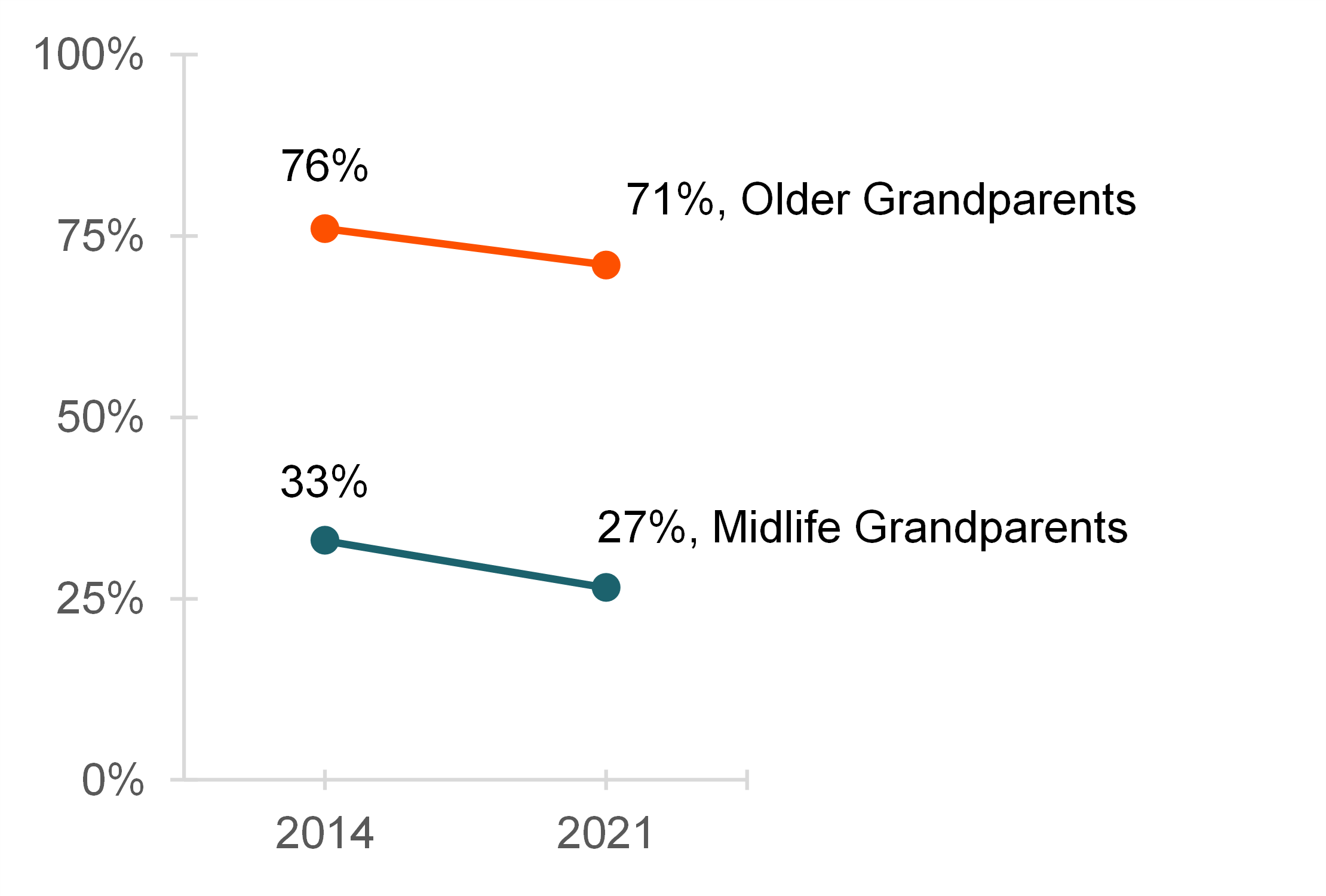 Race/Ethnicity of Grandparents by Age

Figure 2.  Race/Ethnicity of Grandparents by Age, 2021 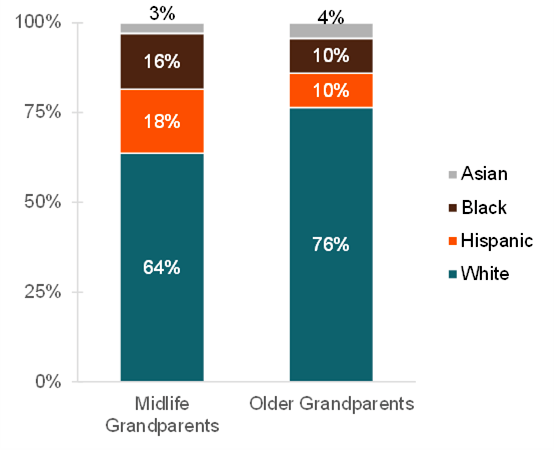 Educational Attainment of Grandparents by Age 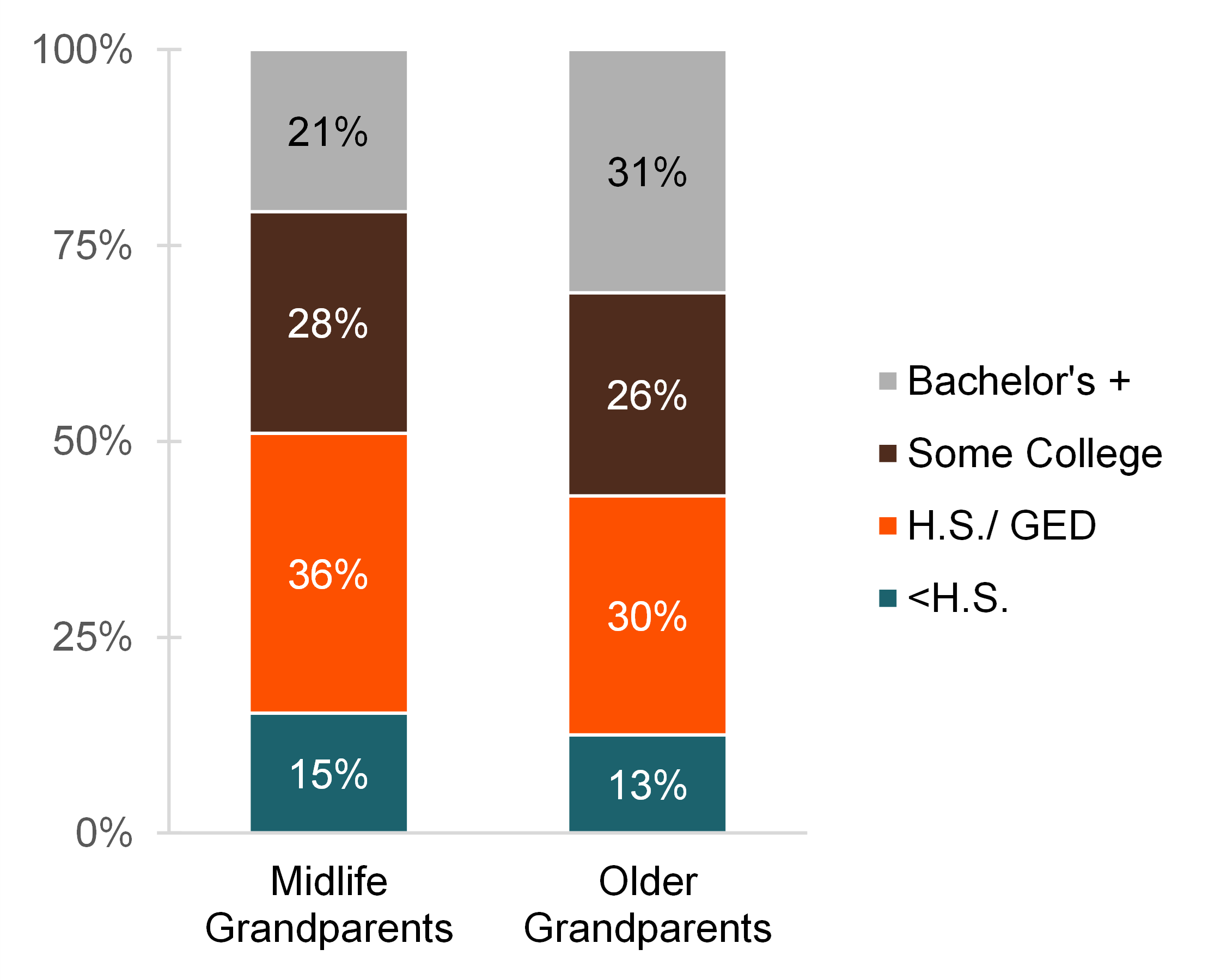 Relationship Status of Grandparents by Age 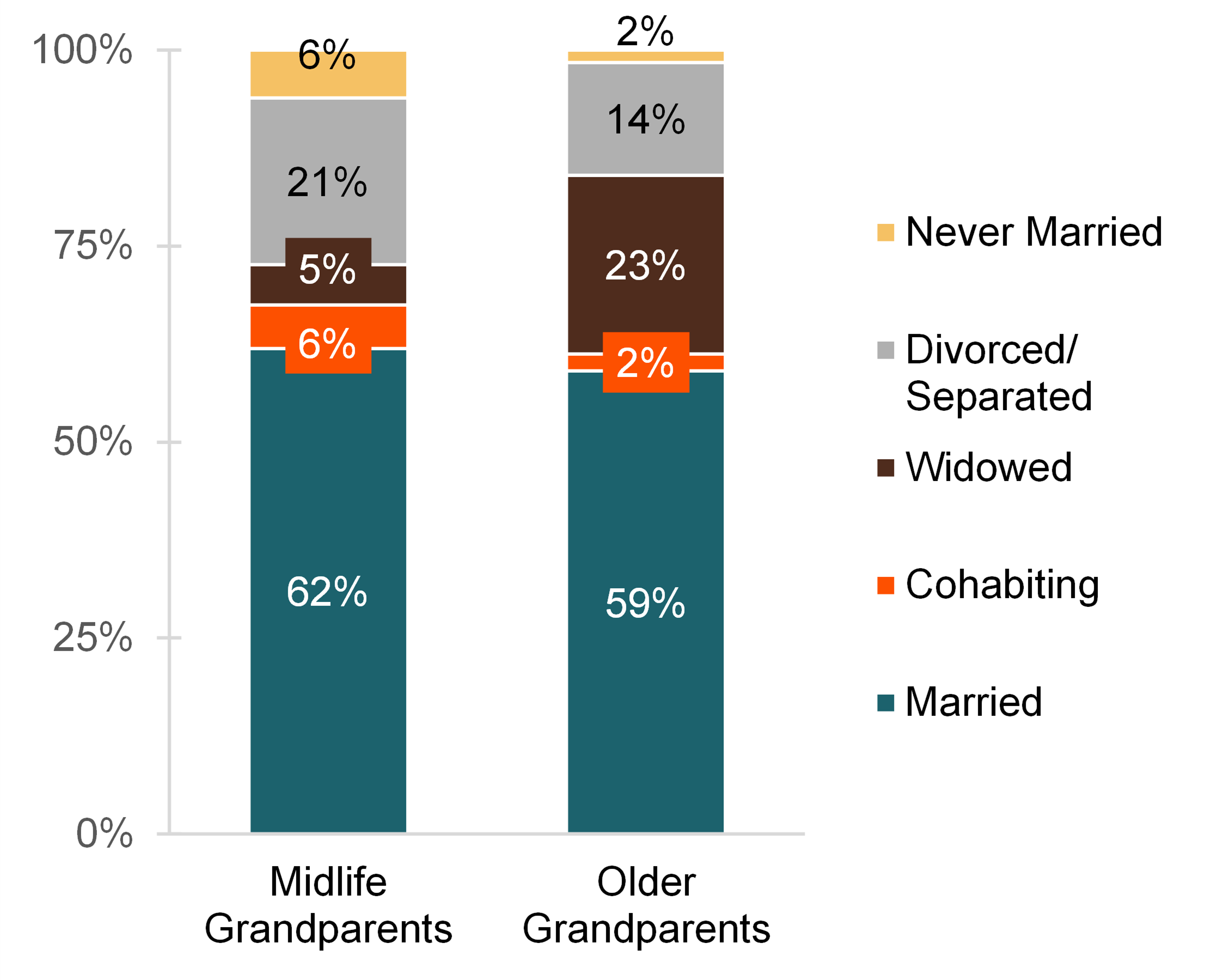