The BGSU Flute Studio Enrichment and Outreach Club is an organization that strives to build a stronger community of flutists of all ages and skill levels in the Bowling Green area. Membership is free, and all money raised from fund raising goes towards masterclasses and events featuring guest flutists from around the United States. The BGSU Flute Club hosts one fundraiser per semester. All members are expected to participate in these fundraising events, and in turn, benefit from great opportunities such as our masterclasses with featured guest artists. 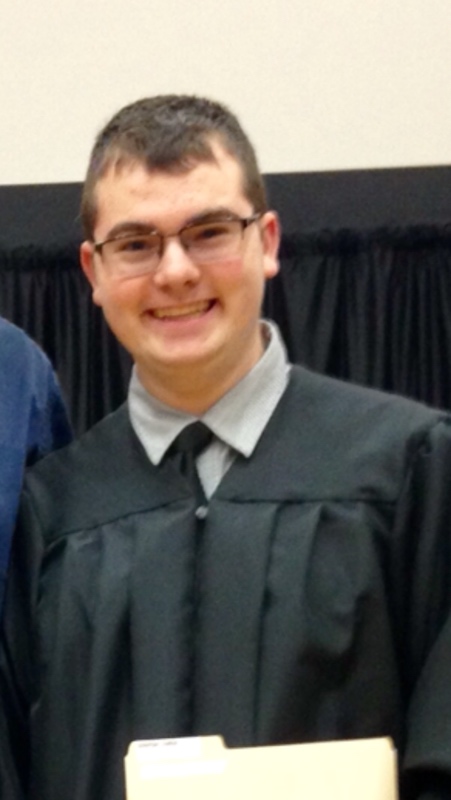 Joshua Billnitzer is a junior music education student at Bowling Green State University. He attended Otsego High School, and has been playing the flute for nine years. As a future music educator, Joshua enjoys teaching others about the importance and significance of music. 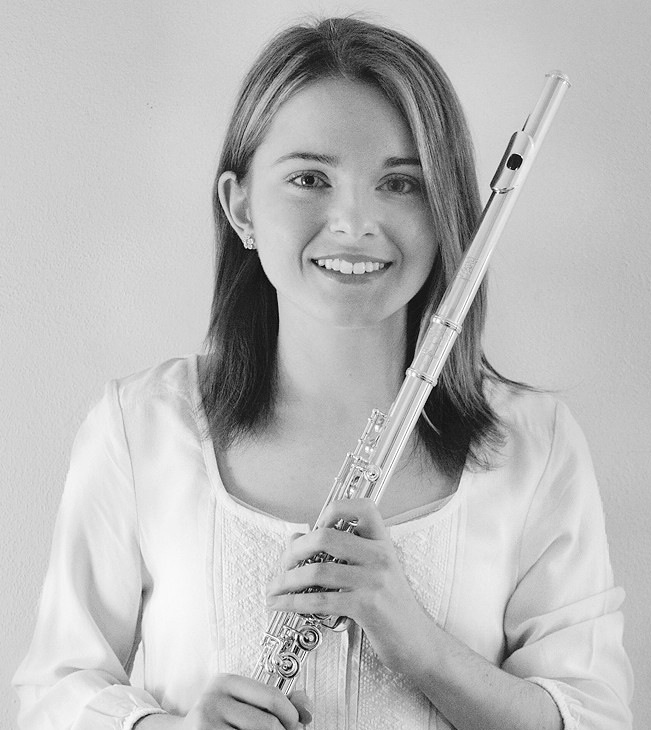 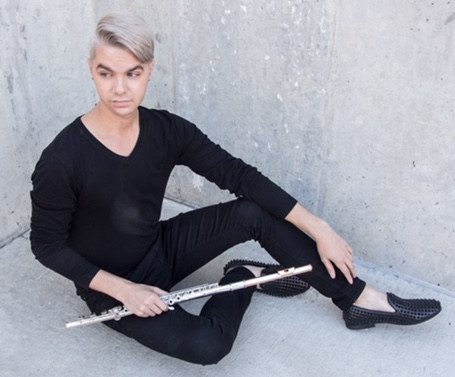 Kenneth J. Cox is currently pursuing a Doctor of Musical Arts degree in Contemporary Music Performance, where he is also the Teaching Assistant to Dr. Conor Nelson. He has performed on four continents in concert halls throughout the USA, Canada, Japan, China, the Netherlands, Italy, France, Germany and Belgium. Kenneth has been a finalist/prize-winner in the Florida Flute Association Young Artist Competition, the South Carolina Flute Association Young Artist competition, the Atlanta Flute Club Young Artist competition, amongst others. Kenneth received a Masters Degree in Flute Performance from the prestigious University of Cincinnati College-Conservatory of Music, and a Bachelor's degree from the University of South Carolina. 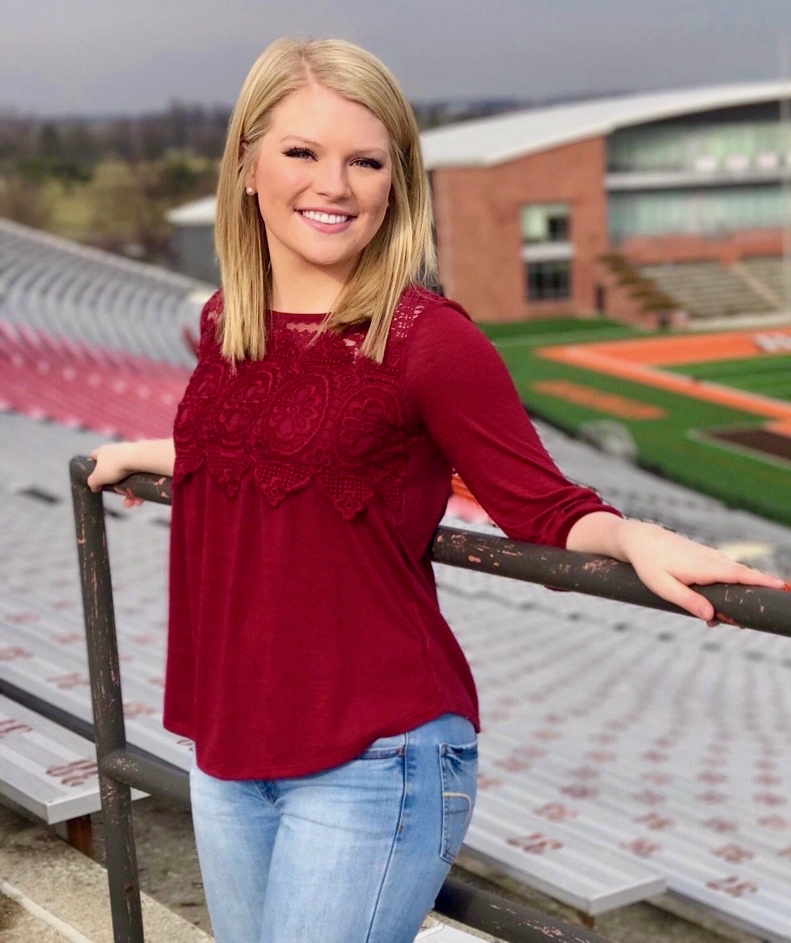 Baylee DeFazio is a sophomore instrumental music education major from Huron, Ohio. She plans to spread her love for music to young, inspiring musicians as she teaches. Baylee has been involved in multiple honors bands, participated in solo & ensemble events, and has performed for a local church. In her free time, she loves listening to music, going on bike rides, organizing, and painting! 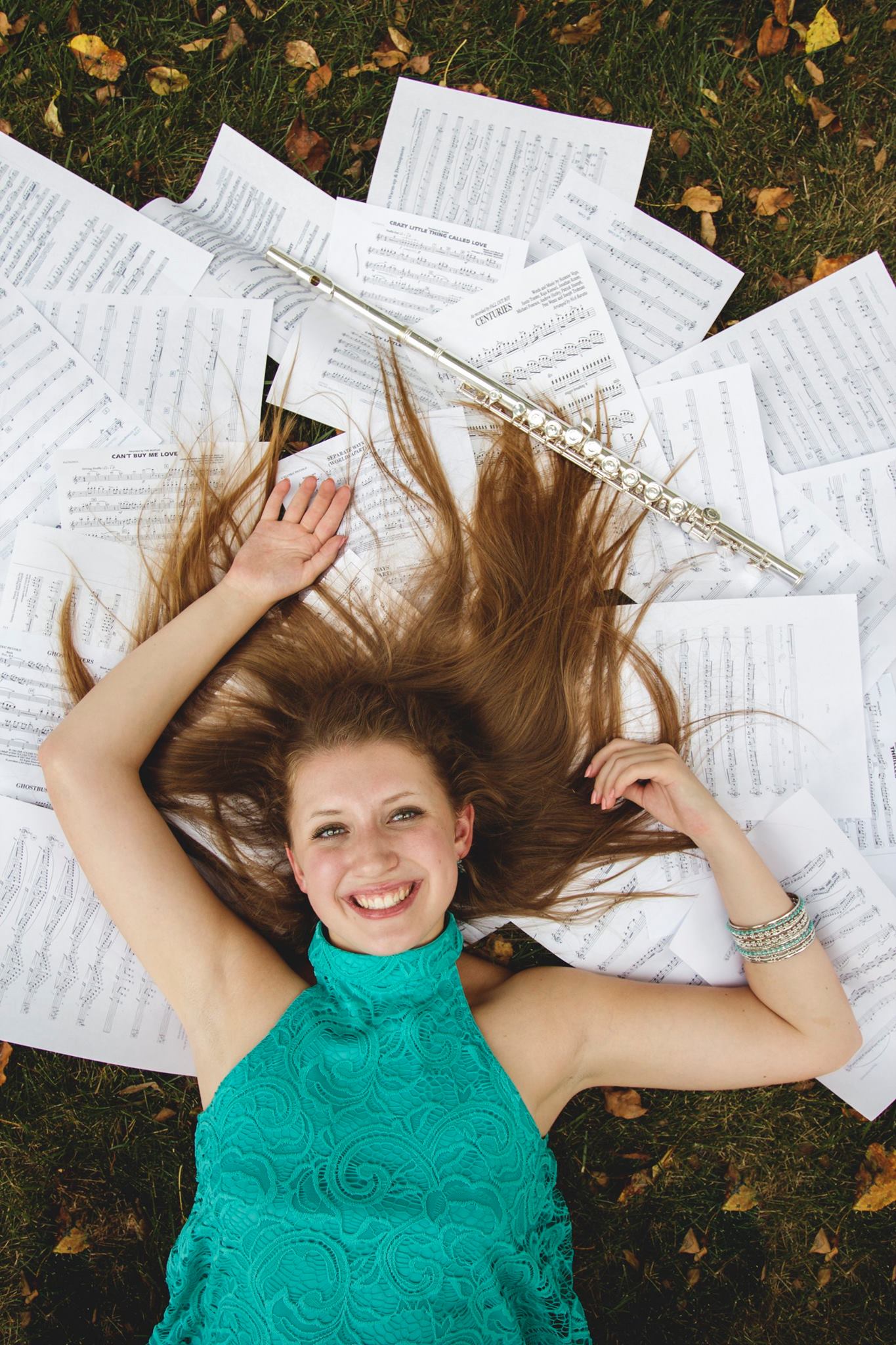 My name is Grace Dickmann!  I grew up in Findlay, Ohio, but I was born in Columbus, Ohio. I also lived in Calgary Alberta, Canada. Back in Findlay, I was involved in almost every musical activity: from band, the show choir, to a steel drum band, and so much more! Now, I am a Music Ed major, and hopefully I will be able to minor in Spanish. In addition, I have been playing the flute for seven years, and I cannot wait to continue my studies! 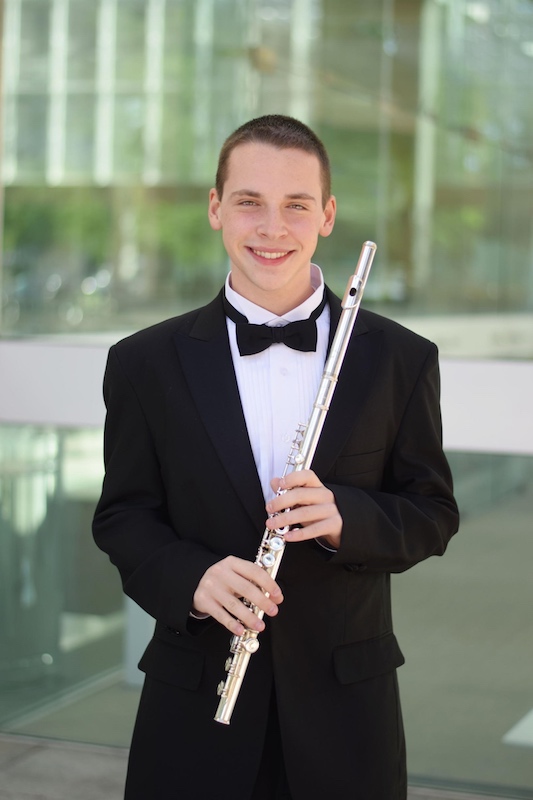 Taylor Francis is a Sophomore Flute Performance Major at Bowling Green State University. He is originally from Dallas, Texas, and has had many notable performances within the state. He has received numerous First Division ratings at District and State Contest, has been a member of both TMEA Regional and All-State Honors Bands, and has placed twice in the Claire Johnson Solo Competition. He was a two-year member of the Greater Dallas Youth Orchestra, and currently holds the position of Piccoloist in the Bowling Green State University Wind Symphony and Associate Principal in the BGSU Philharmonia. 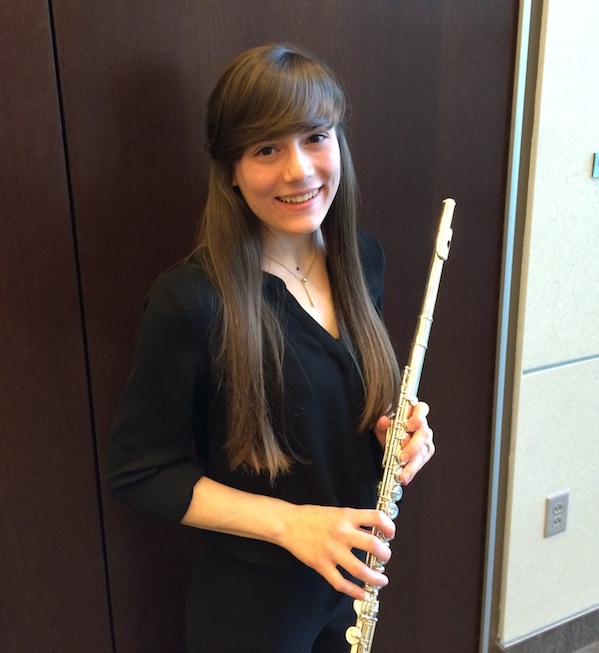 Jacqueline Hoffman is a second year undergraduate music major at BGSU from the small town of Dillsburg, PA. In addition to flute, she also plays bassoon and plans to add as many woodwinds as possible to her arsenal. She plans to spend her career performing in a variety of ways and teaching privately or in a college. She has studied privately with Jocelyn Goranson of Messiah College and was invited to play flute and bassoon under the instruction of Dr. William Stowman with the Messiah College Symphonic Winds over the 2015-2016 school year. She has also played under Dr. Stowman with the Greater Harrisburg Concert Band, a local professional ensemble, since her junior year of high school. Other than practicing, Jacqueline enjoys a variety of hobbies including organizing, DIY/refurbishing, reading, watching documentaries and historical dramas, boating, and spending time with her cats. 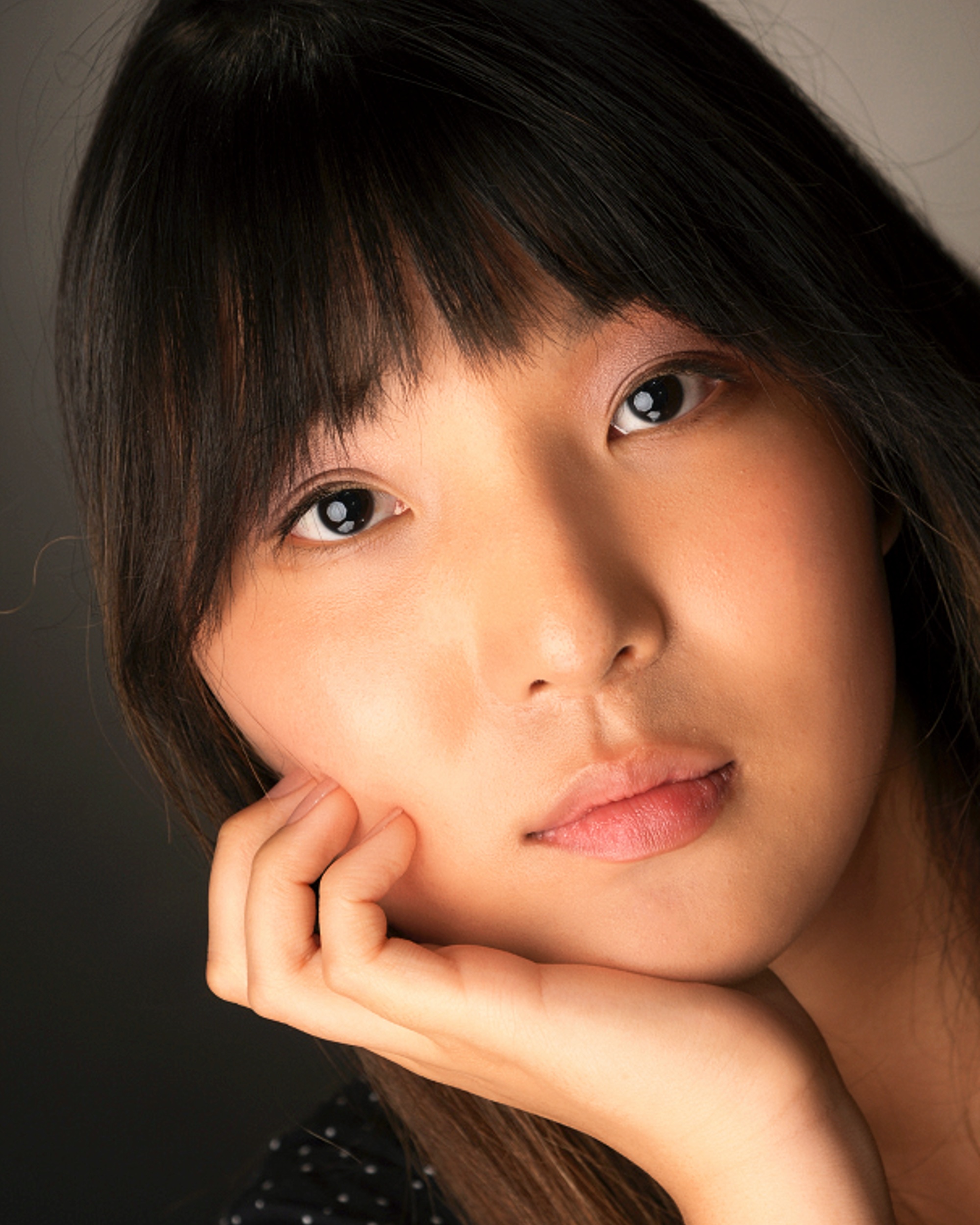 My name is Tai Knoll and I am from Huron, Ohio.  I am majoring in music education and minoring in communications.  I hope to eventually get my Masters in School Counseling.  I enjoy listening to and creating music, playing tennis, eating food (especially pasta), volunteering, and (most recently) yoga!  I am so excited to work with all the amazingly talented flautists in the BGSU Flute Studio and look forward to my adventures here at BGSU! 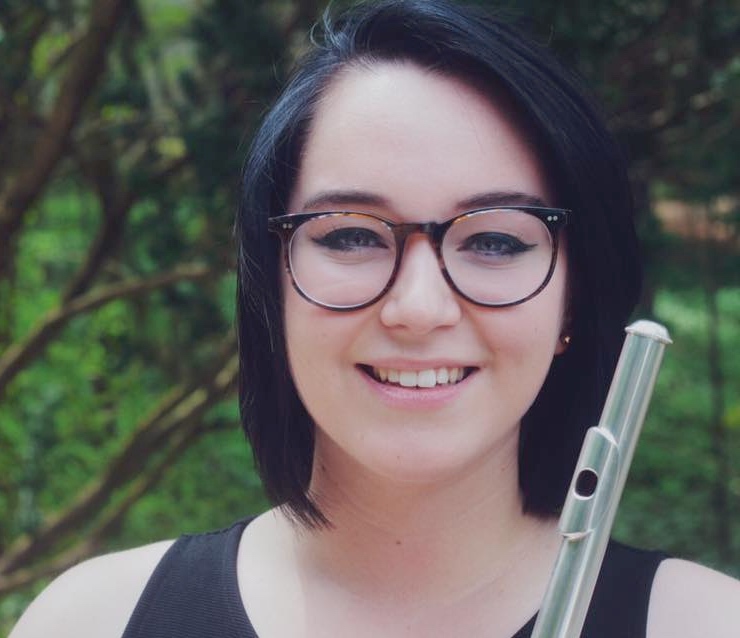 Francesca Leo is a Senior Flute Performance major with a minor in Entrepreneurship at BGSU.  She has recently studied at summer festivals in Paris and Quebec, and has won second place in both the 2017 Lima Symphony Senior Division Concerto Competition and the 2016 Central Ohio Flute Association Collegiate Division Competition.  Francesca has held internships at both the Flute House (Muramatsu America), Flute Specialists, Inc. and is currently performing professionally with the St. John's XXIII house band in Perrysburg.  Francesca currently plays piccolo in the BGSU Philharmonia, is the newsletter editor of the Southeast Michigan Flute Association, president of the BGSU Flute Club, and is a student co-chair of Pro Musica at BGSU.  She enjoys doing yoga, traveling and used to play guitar and sing in multiple cover bands in high school. 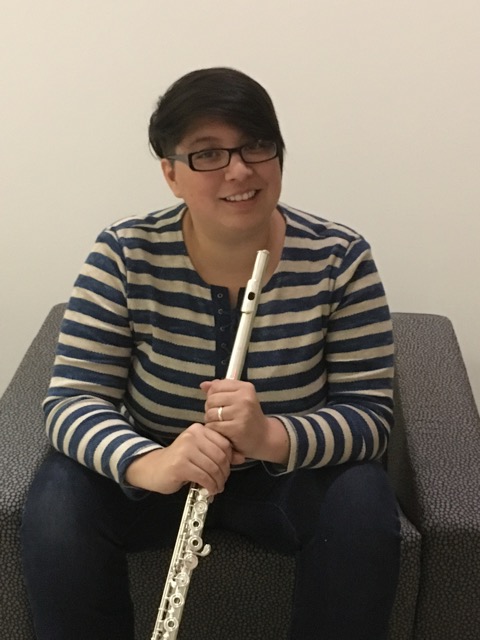 A freelance musician and private instructor in Northwest Ohio, Natalie Magaña is continuing her education as a Master of Music candidate at Bowling Green State University. Natalie has performed with the Mid-Texas Symphony, San Antonio Wind Symphony and has held the position of Resident Artist at Travis Park United Methodist Church in San Antonio, Texas. As a competitive classical artist, Natalie has won positions with the National Flute Association Collegiate Flute Choir and was a semi-finalist in the Mid-Texas Symphony Concerto Competition. Natalie holds a Bachelor of Music in Flute Performance from the University of Texas at San Antonio and her teachers include Conor Nelson, Rita Linard, Martha Long, Jean Robinson, Rebecca Murphy and Kristen Hayes. 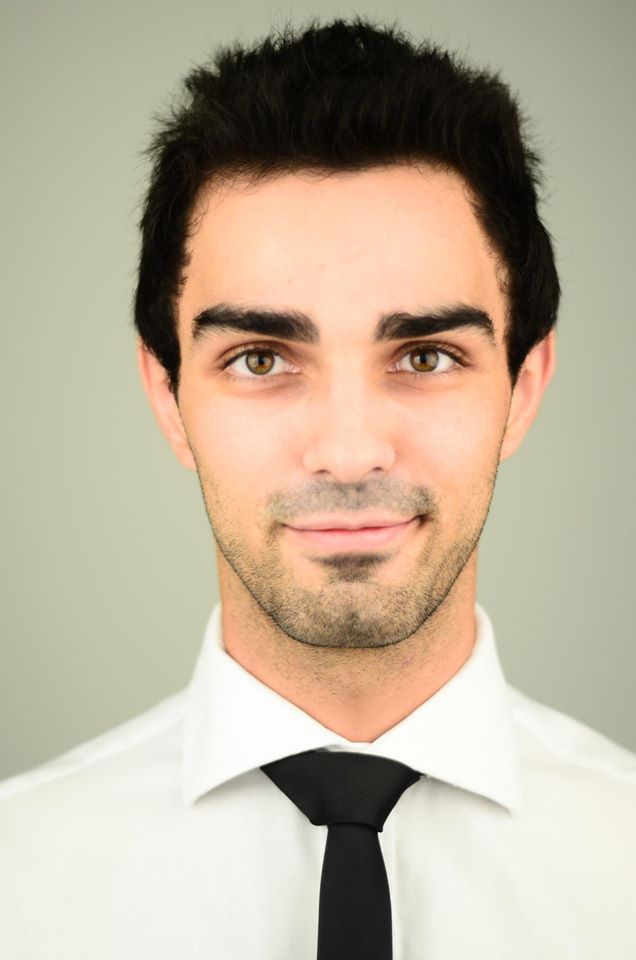 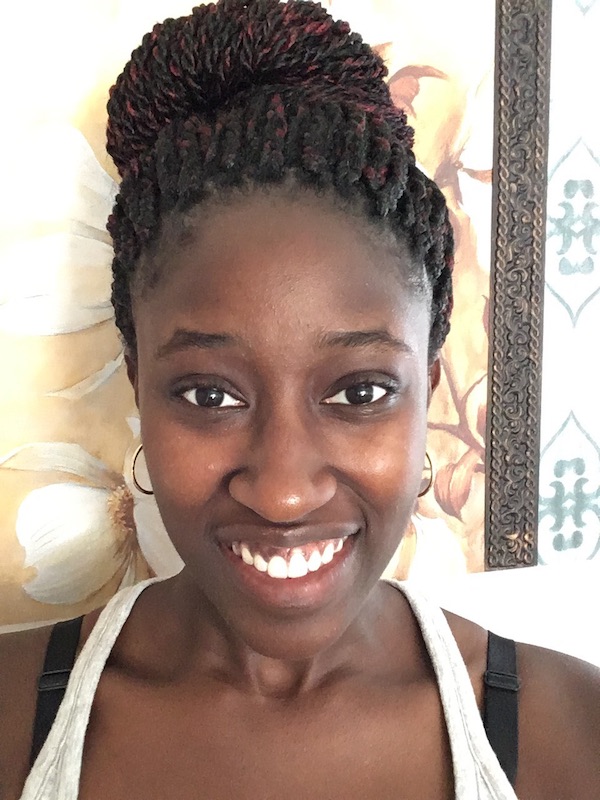 Aldulfulyne (Lyne) Padmore is a second year Master's student pursuing a Music Performance degree. She is from East Orange, New Jersey, just outside of New York City. Prior to college, Lyne attended the Cicely L. Tyson Community School of Performing and Fine Arts and was a member of the New Jersey Symphony Academy Orchestra. She recently attended the Maine Chamber Music Seminar of the Snow Pond Music Festival and received instruction from brilliant chamber musicians such as Jo-Ann Sternberg and Martin Kuzman. Lyne received a Bachelor of Arts degree in Music at Susquehanna University and studied with Leslie Cullen. She is excited to be studying at BGSU with Conor Nelson and to have the opportunity to learn from all of the great musicians in the flute studio. 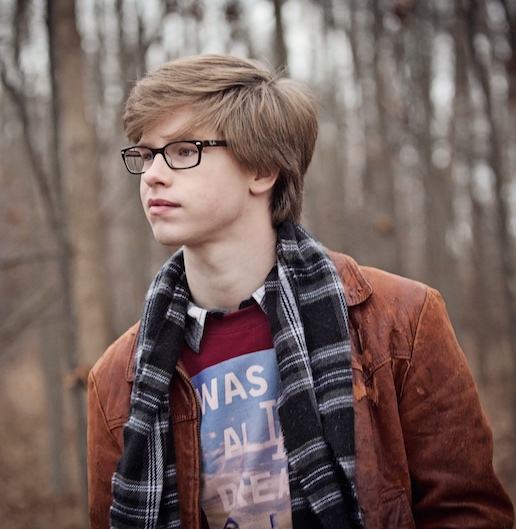 Alec is a second-year majoring in music education and music performance here at Bowling Green State University. He also works very closely with the Center for Leadership and is a member of 2016 Cohort of the Sidney A. Ribeau President's Leadership Academy. Before entering the College of Musical Arts, he performed in several high school honors bands and orchestras, and also taught private lessons and coached youth small ensembles in the Northwest Ohio area. Alec has worked closely with pedagogues and performers alike, such as Katherine Borst Jones, Amy Porter, and Alexa Still. 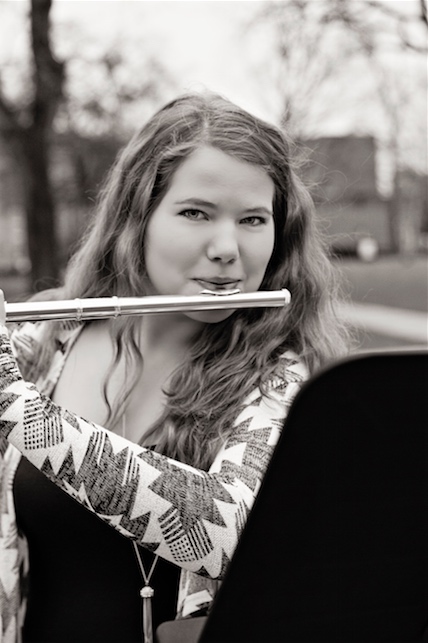 Bryana "Bry" Riedlinger is a sophomore instrumental music education major from Tiffin, Ohio.  Bry chose to major in music ed because she wants to be able to inspire everyone to appreciate the arts.  Her career goal is to teach in an inner-city, low income school district and be able to build up their music program.  Bry plays on a Sankyo CF 201 she saved up for last summer.  Her favorite composer is either Tchaikovsky or Brahms.  In her free time, Bry likes to listen to classical music, do adult coloring book pages, and metal detect. 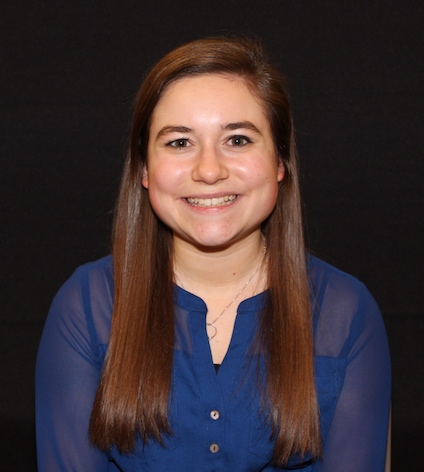 Lizzie Ritter is a Senior Music Education major with a Classroom/General Music Specialization. She loves teaching, working with kids, and bringing joy into others' lives. She highly enjoys playing the flute and piano whether in band, solo pieces, chamber groups or on the worship team for Cru, a Christian organization on campus. After graduation, she would love to be able to share her love of music with kids in any way she can and would especially love to help children in other countries. 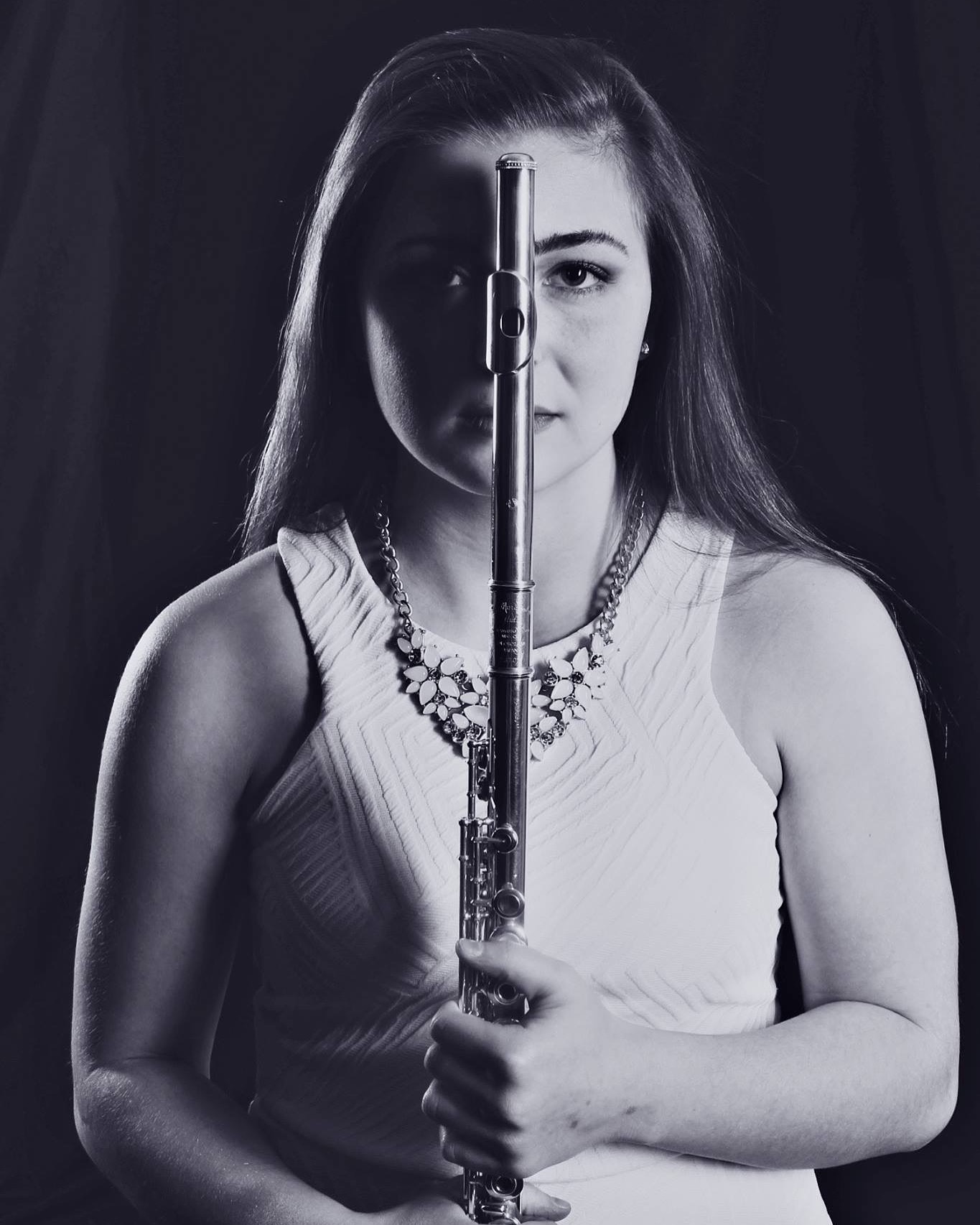 Corinna Sleiman is a junior music performance major at Bowling Green State University. Throughout high school she studied with Ervin Monroe. She participated as a member of the Detroit Symphony Orchestra Civic Youth Ensembles for three years and is a current member of the BGSU Concert Band. 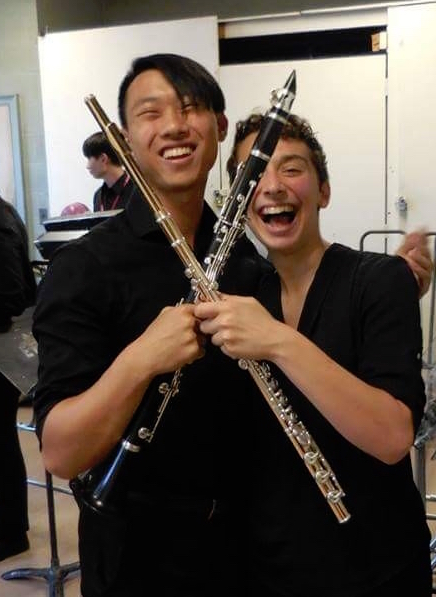 Energetic and always ready for an impromptu reading session, Samantha Tartamella is a flutist whose passion for collaboration has led her to hold positions in various chamber ensembles and orchestras. She currently serves as the Detroit Symphony Orchestra Youth Programs' Flute Mentor, and has recently attended the Eastern Music Festival. A member of Pitnix, the first place ensemble in BGSU's 2016 Douglas Wayland Undergraduate Chamber Competition, she deeply enjoys the unique experience of small-scale music making as well as the intense friendships that result (they are what got her into music, in the first place!). When not flute-ing, Sam is most often found dancing around her kitchen, listening to whatever new music she is obsessing over (the Nielsen Flute concerto, Gypsy Swing, soundtracks to movies she's never seen, etc...) and baking cookies, the pinnacle of baked goods. 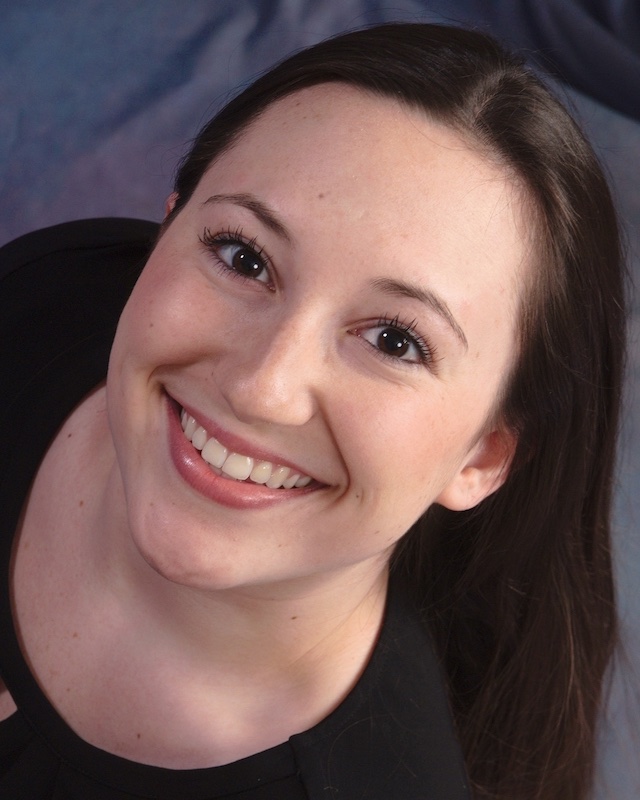 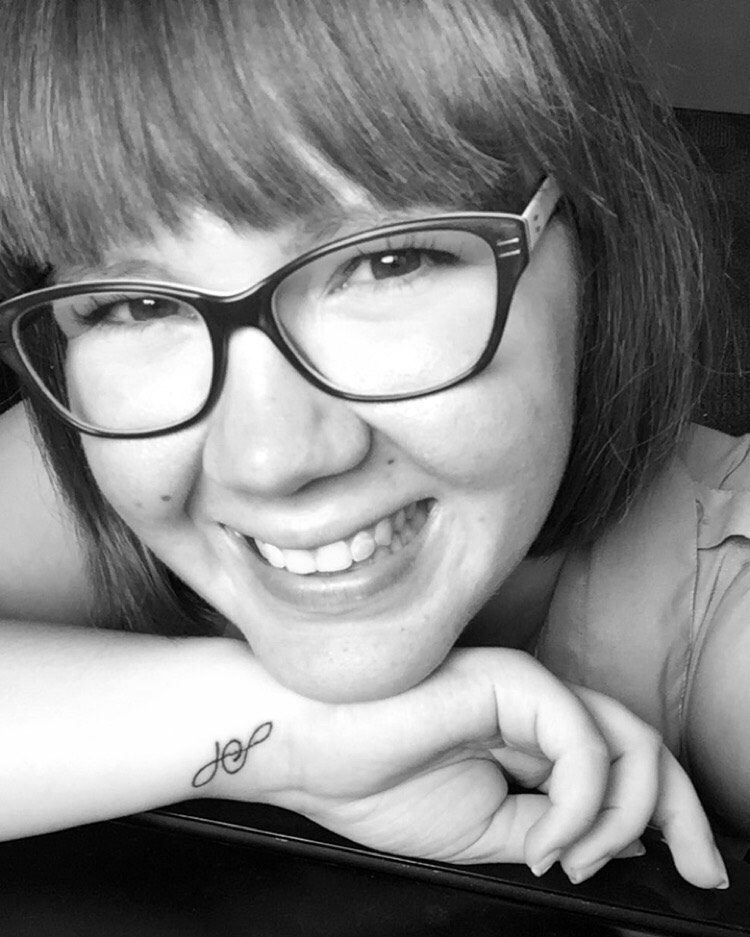 Monica Yost is a 20 year-old, third-year Flute performance major with a future aspiration to be a music librarian one day. She spent all three years of high school in the Lakota East Symphonic Winds ensemble. In addition, she was a part of the Ohio All-State band 2014-15. When she is not playing music, Monica loves to spend her time reading fiction and riding horses. 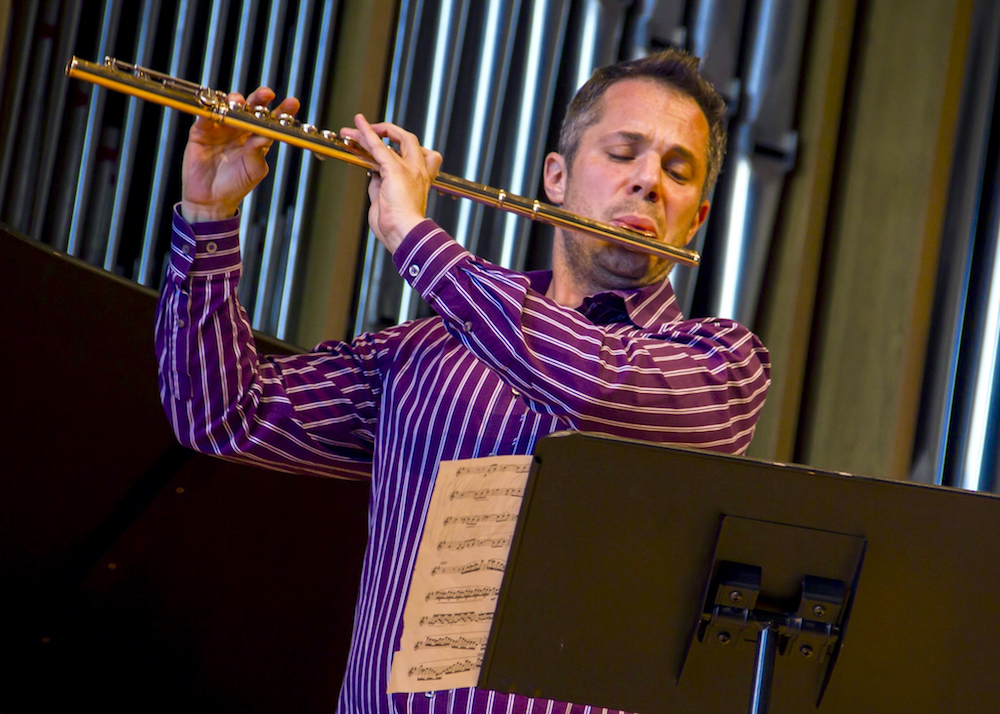 Canadian flutist Conor Nelson gave his New York recital debut at Weill Recital Hall at Carnegie Hall and has since appeared frequently as soloist and recitalist throughout the United States and abroad. Recent solo engagements include performances with the Minnesota Orchestra, the Toronto Symphony Orchestra, the Flint Symphony, and numerous other orchestras. The only wind player to win the Grand Prize at the WAMSO Young Artist Competition, he also won first prize at the William C. Byrd Young Artist Competition. In addition, he has received top prizes at the New York Flute Club Young Artist Competition and the Haynes International Flute Competition. He was recently featured on the McGraw Hill Young Artist Showcase (WQXR New York), Minnesota Public Radio, and WGBH Boston Public Radio.

As a chamber musician, he performs regularly with marimbist/percussionist, Ayano Kataoka as part of the Conor and Ayano Duo. Involved in several exciting commissioning projects for their genre, the duo has performed in Merkin Concert Hall, CAMI Hall, The Tokyo Opera City Hall, Tokyo Bunka Kaikan, Izumi Hall, and as guest artists for the Ottawa Flute Association in Canada. He has also collaborated with Claude Frank, Peter Frankl, Spencer Myer, Colin Carr, Jesse Levine, and the Biava and Calder string quartets. With the Intrada Winds he was a prizewinner at the Fischoff, Coleman and Yellow Springs national chamber music competitions and performed at several prestigious concert seriesӠthroughout the United States. He has appeared at numerous chamber music festivals across the country including the OK Mozart, Skaneateles, Yellow Barn, Cooperstown, Look and Listen (NYC), Norfolk, Green Mountain, Chesapeake, and the Chamber Music Quad Cities series where he is a regular guest. As an orchestral flutist, he has worked with the Detroit Symphony, the Orchestra of St. LukeԳ, and the Tulsa Symphony as well as prestigious summer programs including the National Repertory Orchestra, the National Orchestral Institute, and the Aspen, Banff, and Brevard summer music festivals.

He received degrees from the Manhattan School of Music, Yale University, and Stony Brook University where he was the winner of the school-wide concerto competitions at all three institutions. He is also a recipient of the Thomas Nyfenger Prize, the Samuel Baron Prize, and the Presser Award. His principal teachers include Carol Wincenc, Ransom Wilson, Linda Chesis and Susan Hoeppner.