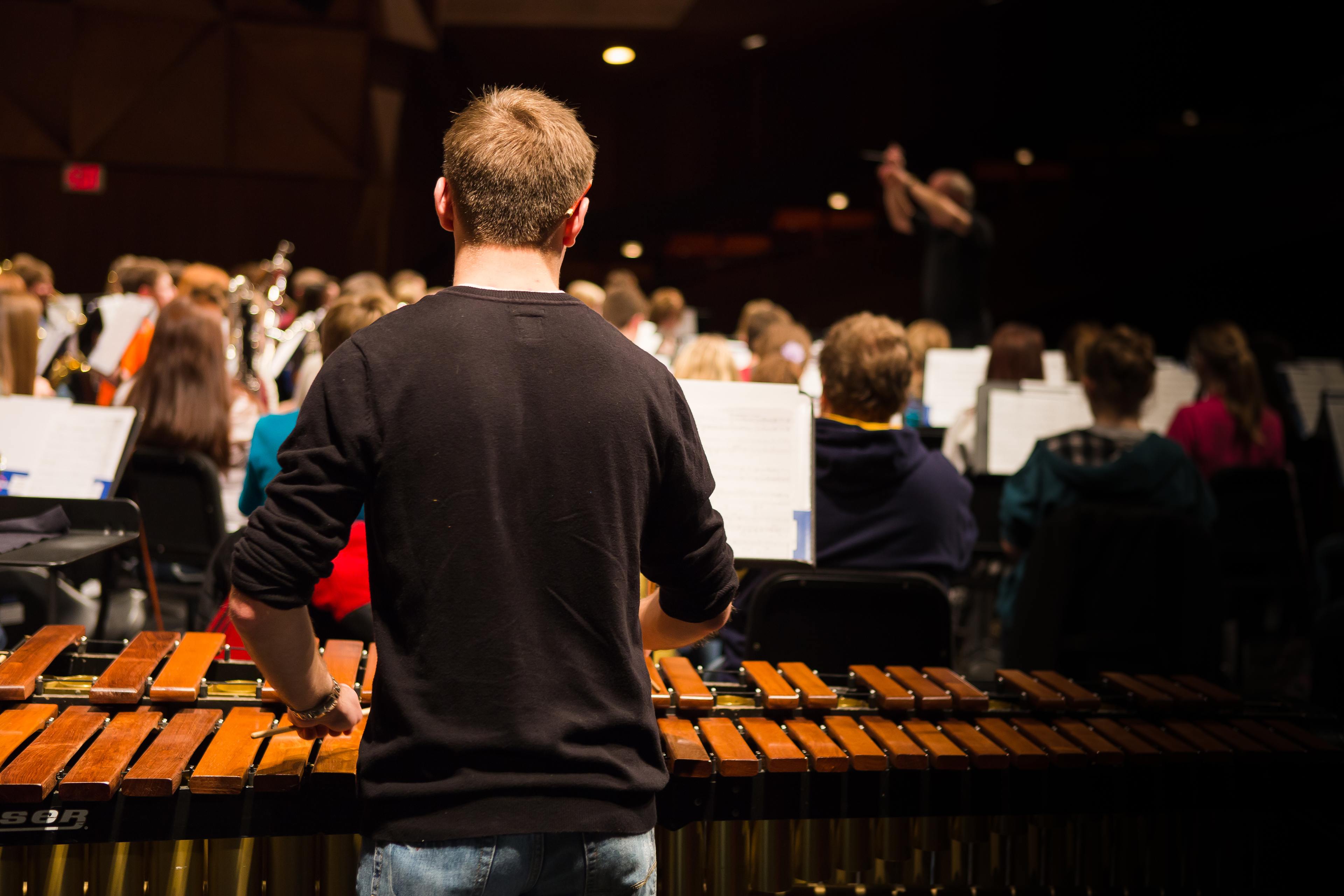 There are five bands at BGSU: the Falcon Marching Band, the Wind Symphony, the Concert Band, the University Band and the Athletic Band. Each band is an independent unit, and a student may become a member of any ensemble for which he or she qualifies.

It is not necessary for a student to be a music major to participate in these ensembles.

The Falcon Marching Band exists only during fall semester.  It performs for all home games, other selected events and one indoor concert. Auditions are held during Fundamentals Week, which begins 7 days prior to the start of classes in August. During Fundamentals Week, students move in to their residence halls and report for marching fundamentals, drills and music rehearsals.

The largest student organization on campus, the FMB performs at all home football games and various other university functions. They have also performed at the University of Akron, University of Michigan, University of Toledo and Eastern Michigan, Miami, West Virginia, Marshall, Ohio State and Ball State universities, as well as professional football games at Riverfront Stadium in Cincinnati, the Pontiac Silverdome, and Cleveland Browns Stadium, and many high school band festivals. Additional trips have included bowl games in Fresno, Calif. (Raisin Bowl), Las Vegas (Silver Bowl), Detroit (Motor City Bowl), and Mobile, Ala. (GMAC Bowl), Boise, Idaho (Humanitarian Bowl), Washington D.C. (Military Bowl), and in 2014 at Detroit (Little Caesar Pizza Bowl). In 2007, the band was proud to have been invited to perform in exhibition at the Bands of America Regional in Indianapolis.

Numbering 240+ members, the band serves as a showcase of the finest in musical and visual performance, as well as a centerpiece for athletic spirit. The FMB is composed of students from all colleges of the University and membership is open by audition to students of all class levels and all majors.The band meets daily for rehearsals and is a scheduled class for course credit.The band performed an original composition composed especially for the Falcon Marching Band by Ryan Nowlin ’00, ’04, entitled New Frontiers. It includes original visual design byJason Sivill ’04 and percussion book by Michael Sander ’97.

The director of the FMB is Dr. Michael King.

Audition information for the FMB