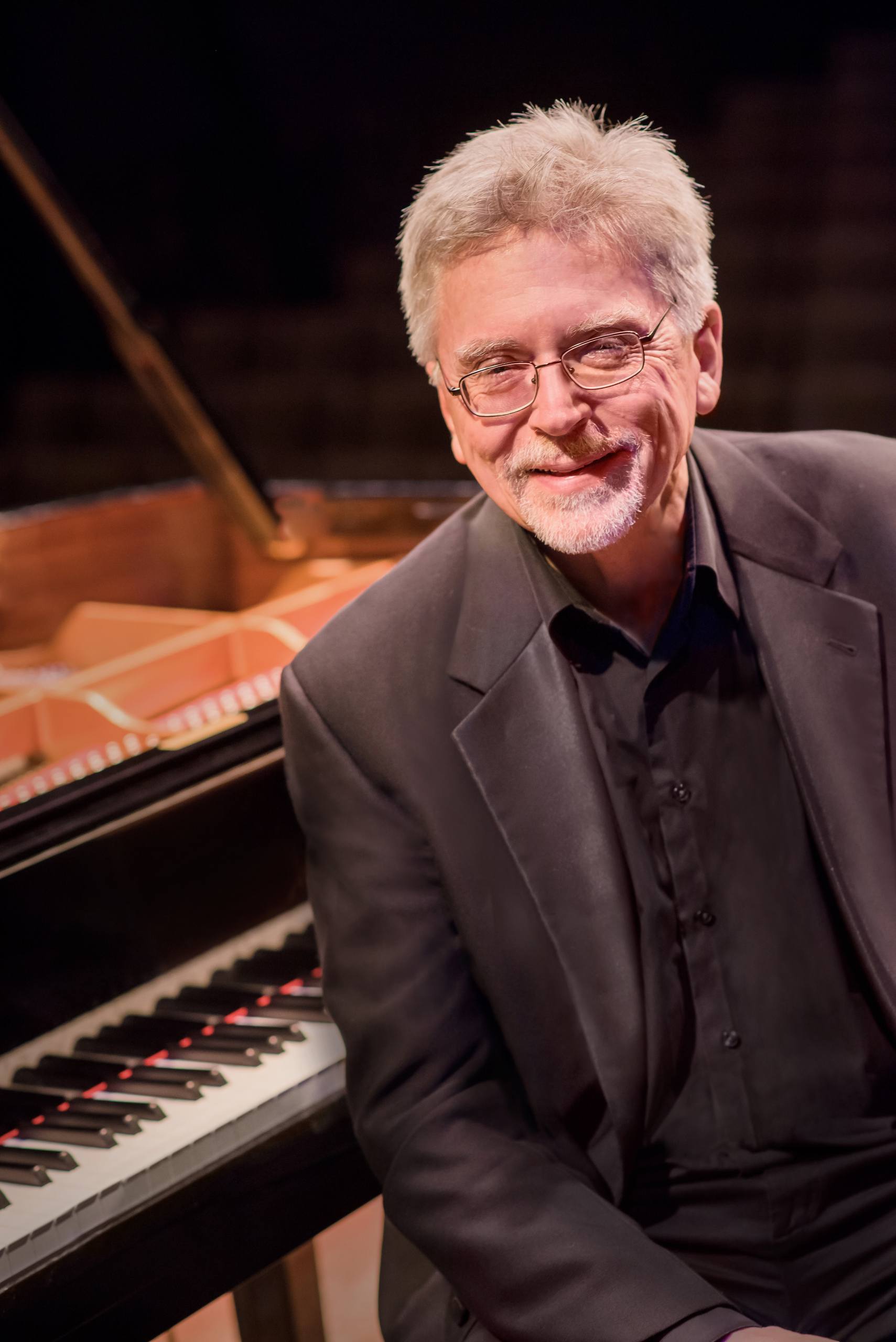 Mr. McDonald has toured extensively as a soloist and chamber musician throughout the United States, Europe, Asia, and South America. He has performed with major orchestras in the United States and was the recital partner for many years to Isaac Stern and other distinguished instrumentalists. He has participated in the Marlboro, Casals, and Luzerne Festivals, the Chamber Music Society at Lincoln Center, and has broadcasted for BBC Television worldwide. He has appeared with the Takács, Vermeer, Juilliard, Brentano, Borromeo, American, Shanghai, and St. Lawrence string quartets as well as with Musicians from Marlboro. His discography includes recordings for Sony Classical, Bridge, Vox, Musical Heritage Society, ASV, and CRI. Mr. McDonald’s prizes include the Gold Medal at the Busoni International Piano Competition, the top prize at the William Kapell International Competition and the Deutsche Schallplatten Critics Award. His teachers include Theodore Rehl, Seymour Lipkin, Rudolf Serkin, Mieczyslaw Horszowski, Beveridge Webster, and Gary Graffman. He holds degrees from Lawrence University, the Curtis Institute of Music, the Juilliard School, and the Manhattan School of Music. A member of the piano faculty at the Juilliard School since 1999, Mr. McDonald joined the faculty of the Curtis Institute of Music in 2007, where he holds the Penelope P. Watkins Chair in Piano Studies. During the summer, he is the artistic director of the Taos School of Music and Chamber Music Festival in New Mexico. 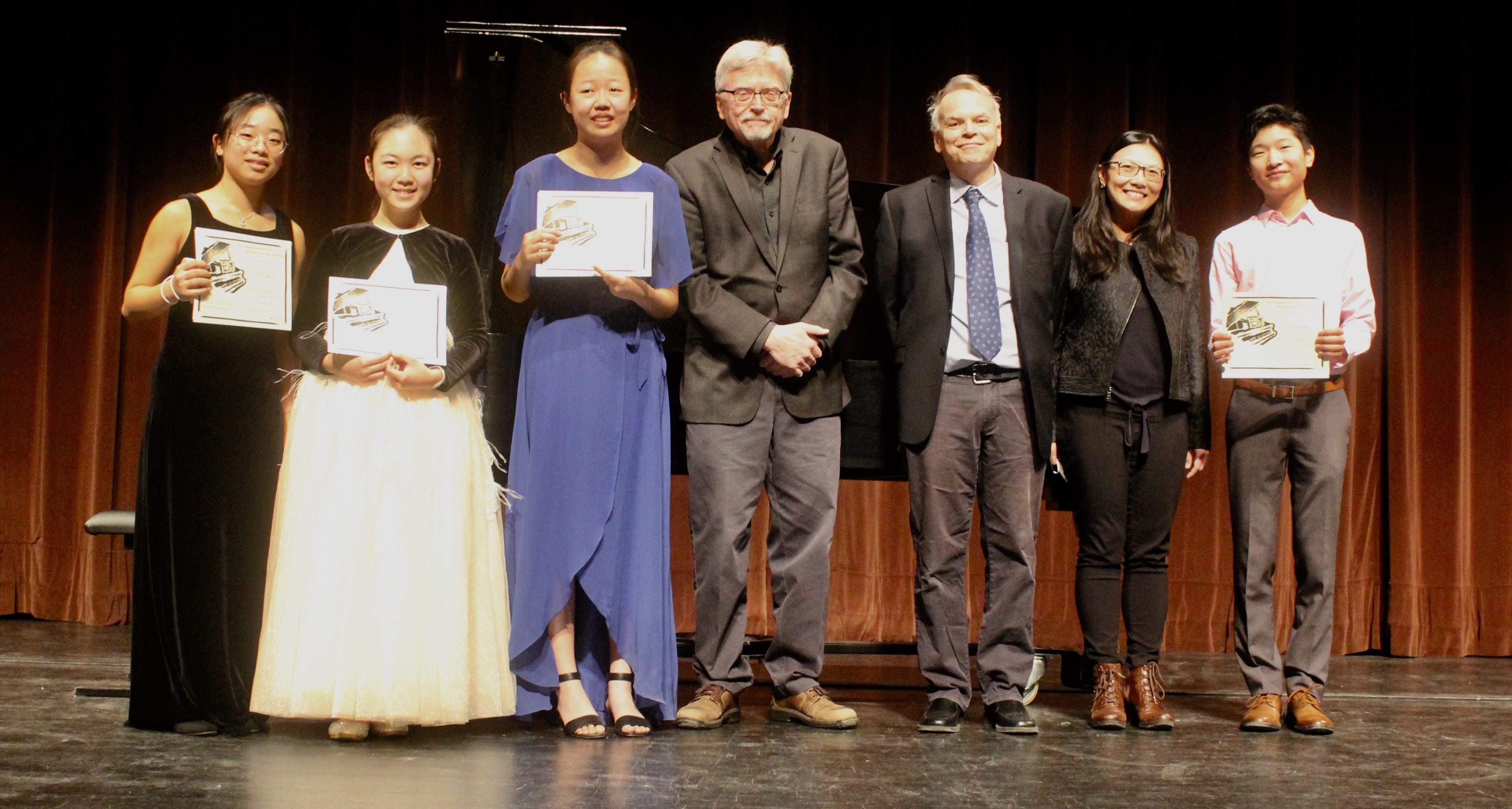 Shiv Yajnik studies piano with Marcy McDonald and Alex McDonald. He received first-place awards and grand prizes from the Dallas Symphonic Festival, the Texas Music Teachers Association, and the Collin County Young Artists Competition. Shiv performed with the Baylor Symphony and the Plano Symphony. He was a national finalist and won the Chopin Award in the 2020 MTNA competition; Shiv also won a discretionary award and the Best Performance of a Solo Work Since 1990 award at the 2019 Arthur Fraser International Piano Competition. Additionally, Shiv studies composition with David Karp. His compositions have placed at state and national level. Shiv was featured as a rising star in the 2018 Basically Beethoven Festival; the program featured his composition Ondine. In his school, Shiv is the founder of a club called Musicare; he and fellow musicians enjoy performing around the Dallas area to spread the joy of music in their community. 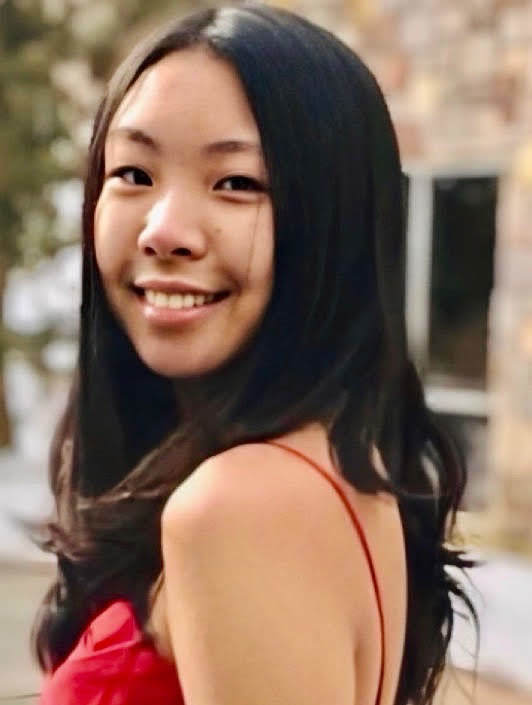 Natalie Chow of Livingston, New Jersey, began studying piano at age five. She has been under the tutelage of concert pianist Beatrice Long. Natalie's recent accolades in 2020 include First Prizes at the Pittsburgh International Piano Competition, First Prize in the Canadian International Music Competition, and two times National YoungArts Winner in Classical Music. Since her solo debut at Carnegie Hall at age 7, she has performed at major venues such as Alice Tully Hall at Lincoln Center, New Jersey Performing Arts Center, New York Merkin Hall, and the Grace Rainey Rogers Auditorium at the Metropolitan Museum of Art.

As a complement to her musical ventures, Natalie enjoys being an active volunteer in the local community. During the COVID-19 pandemic, she participated in online fundraising concerts in support of Key2Sucess, a non-profit organization that provides music lessons and instruments to inner-city students in Newark. 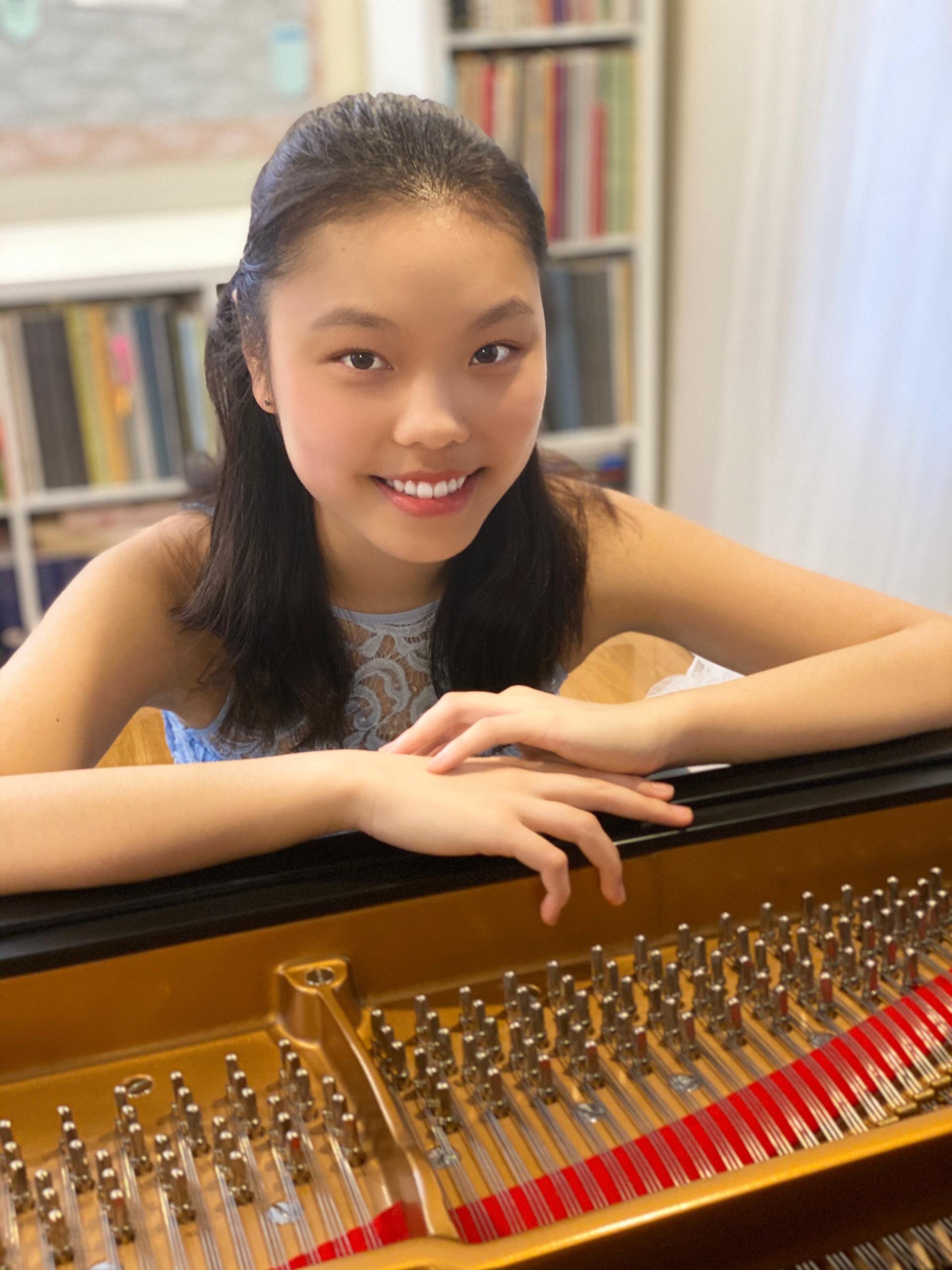 Carter: Caténaires (from Two Thoughts about the Piano)

Additional scholarships may be awarded to seniors successfully completing the application process for undergraduate study in BGSU’s piano program. Judges’ decisions on all prizes and scholarships are final.

Email the following to meltonL@bgsu.edu by January 12, 2022:

Repertoire should include selections from at least three of the following style periods: Baroque, Classical, Romantic, Contemporary. One movement from a Classical sonata must be included. All works must be memorized with the exception of those written after 1945. Students should aim for a program 20-30 minutes in length.

Upload one piece from competition repertoire to YouTube or Vimeo for pre-screening. Send the link to meltonL@bgsu.edu by January 12, 2022.

Lessons with BGSU Piano Faculty are available via Zoom between January 14-February 2, 2022 or in-person at BGSU on February 3-4, 2022. Indicate on your application if you would like a lesson.

If you have any questions about the application or repertoire requirements, please contact Dr. Laura Melton at meltonL@bgsu.edu.

Dr. David D Dubois, an internationally recognized consultant, author and speaker had a love of music and a special passion for piano and organ performance. In 2008, after reviewing proposals from major music schools from around the nation, the David D. Dubois Trust established the David D. Dubois Piano Competition at Bowling Green State University to enhance the piano program in the College of Musical Arts.

The David D. Dubois Piano Competition supports student pianists at several levels. It provides a number of scholarship opportunities for high school students to attend BGSU, it encourages undergraduate piano students to develop innovative programming ideas for outreach projects and it supports current piano students to participate in music festivals around the world.

In his memory, the College of Musical Arts celebrates the life of Dr. David D. Dubois and his passion for music and gratefully acknowledges the David D. Dubois Foundation for making this exciting program possible. 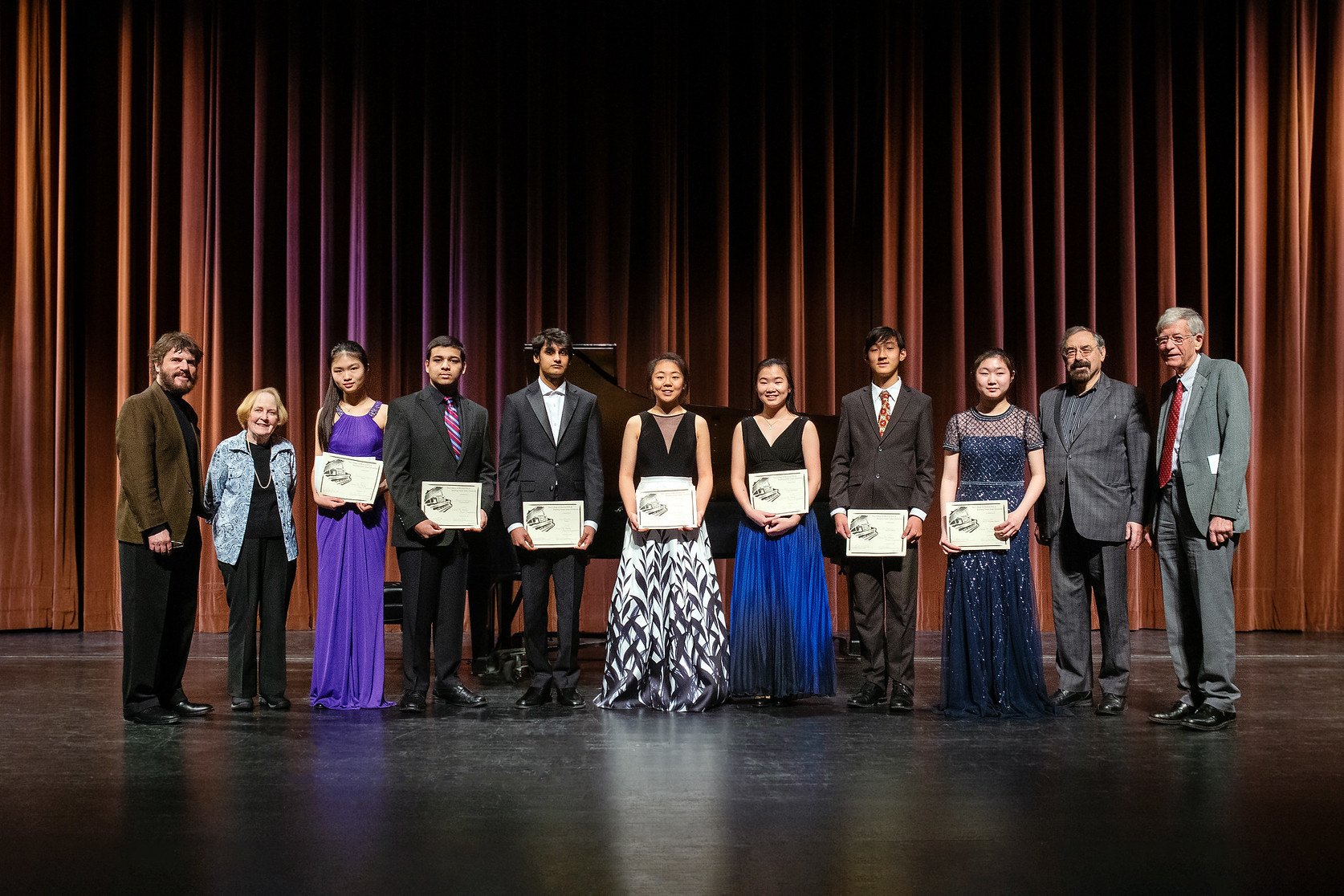 Lessons with BGSU Piano Faculty via Zoom are available to all competitors
Via Zoom: January 14-February 2, 2022
In-Person: February 3-4, 2022

Face coverings, regardless of vaccination status, are required of everyone in all indoor public spaces on the BGSU campus. This requirement and other COVID-19 safety measures may change based on CDC and Wood County Health Department guidelines.