The goal of the Brass/Percussion faculty at BGSU is to help students grow as musicians and perform to the best of their ability, regardless of their chosen degree program. Throughout their course of study, Brass/Percussion students develop their skills by attending weekly lessons and master classes with studio teachers, workshops and recitals with visiting artists and frequent departmental recitals. In addition to the one-on-one attention given by studio teachers, brass and percussion students give numerous public performances each term including orchestra, band and smaller chamber music ensembles. 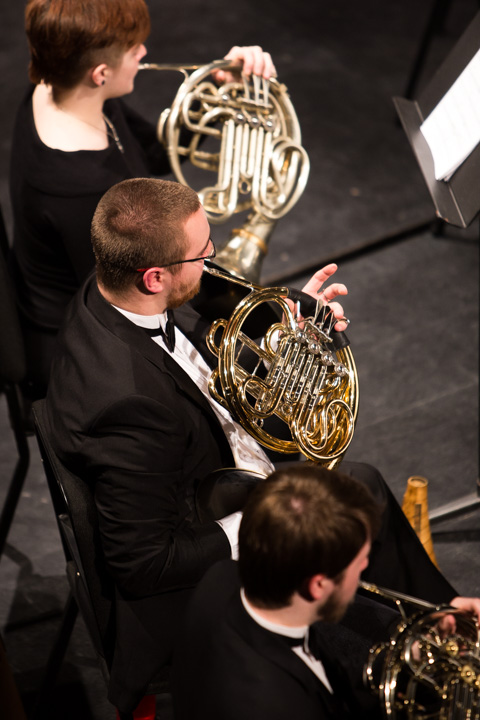