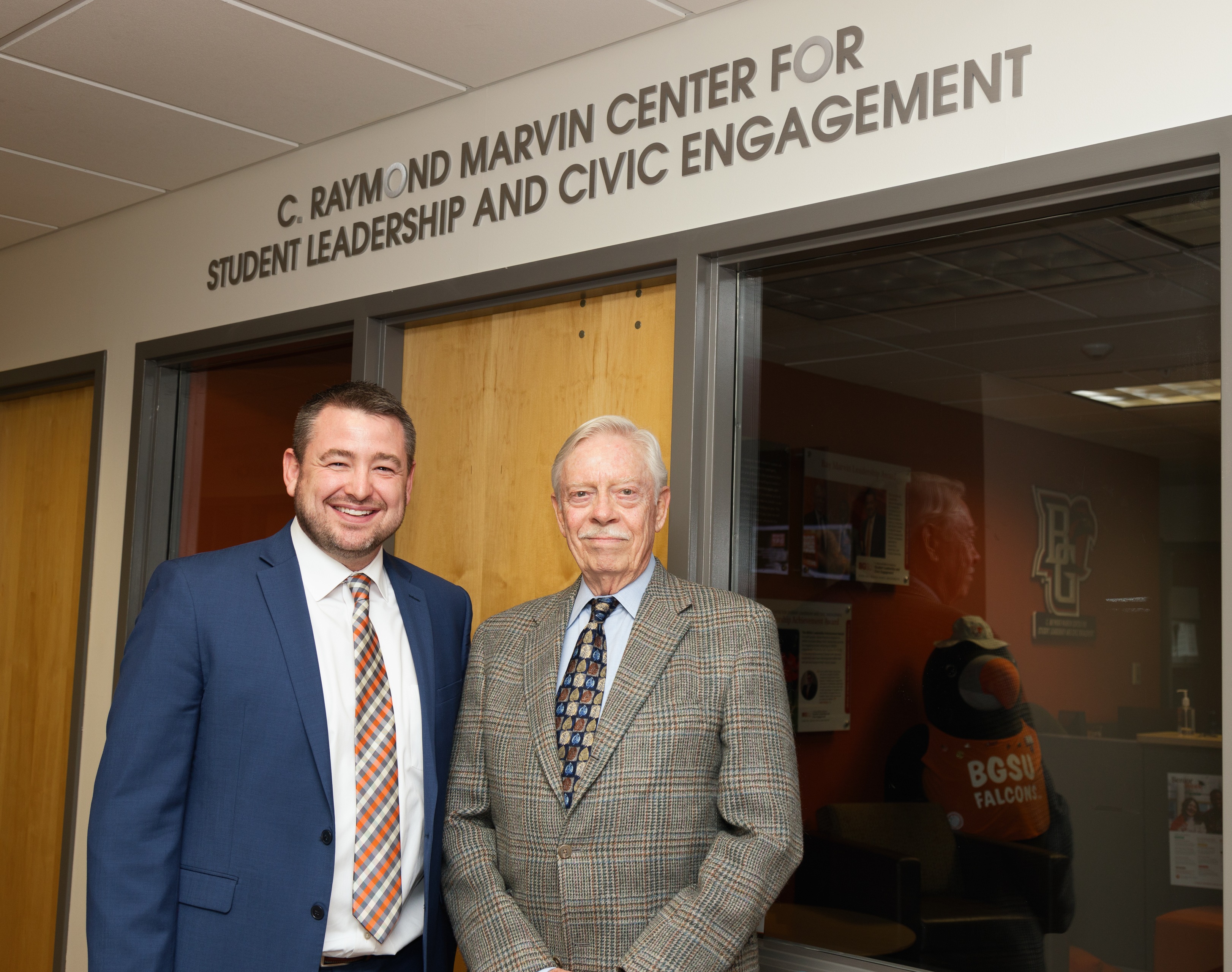 Learn more about our history and programs.

C. Raymond Marvin graduated from Bowling Green State University with a degree in liberal arts in 1960. While a student at BGSU, Marvin was a member of SICSIC, Omicron Delta Kappa, Falcon Marching Band, Forensics Team, Student Government, and Phi Delta Theta fraternity, and he was voted Outstanding Greek Man of the Year his senior year.

He went on to earn a law degree from the University of Michigan and embarked on a successful law career that included serving as a captain in the U.S. Air Force Judge Advocate Corps, Ohio assistant attorney general, assistant director of the Federal Trade Commission’s Bureau of Competition and founding director of the National Association of Attorneys General. In the late 1980s, Marvin transitioned from law into business ventures in the communications industry where he became known as a visionary and entrepreneur in software and telecommunications. As founder, president and owner of Access Teleconferencing, he led a disruption of the teleconferencing industry.

In December 2017, Marvin was awarded an Honorary Doctorate of Liberal Arts by BGSU to recognize his leadership in business and community service and for his encouragement of those attributes in young people. Marvin is dedicated to helping develop the next generation of leaders at BGSU. Since 2010, he has supported students through the Ray Marvin Leadership Awards, which recognizes outstanding leadership on campus and in the community. His generosity has allowed BGSU students to thrive and succeed. The C. Raymond Marvin Center for Student Leadership and Civic Engagement will be a testament to his commitment to developing critical thinking skills, community activism and servant leadership.

Marvin has worked diligently to improve the communities of which he has been a part. Through his professional accomplishment, Marvin has changed public policy, innovated an industry and has been a positive influence on many. Because of the efforts of the C. Raymond Marvin Center for Student Leadership and Civic Engagement, BGSU will continue to change the world by preparing students for lives of engaged leadership in a global society.