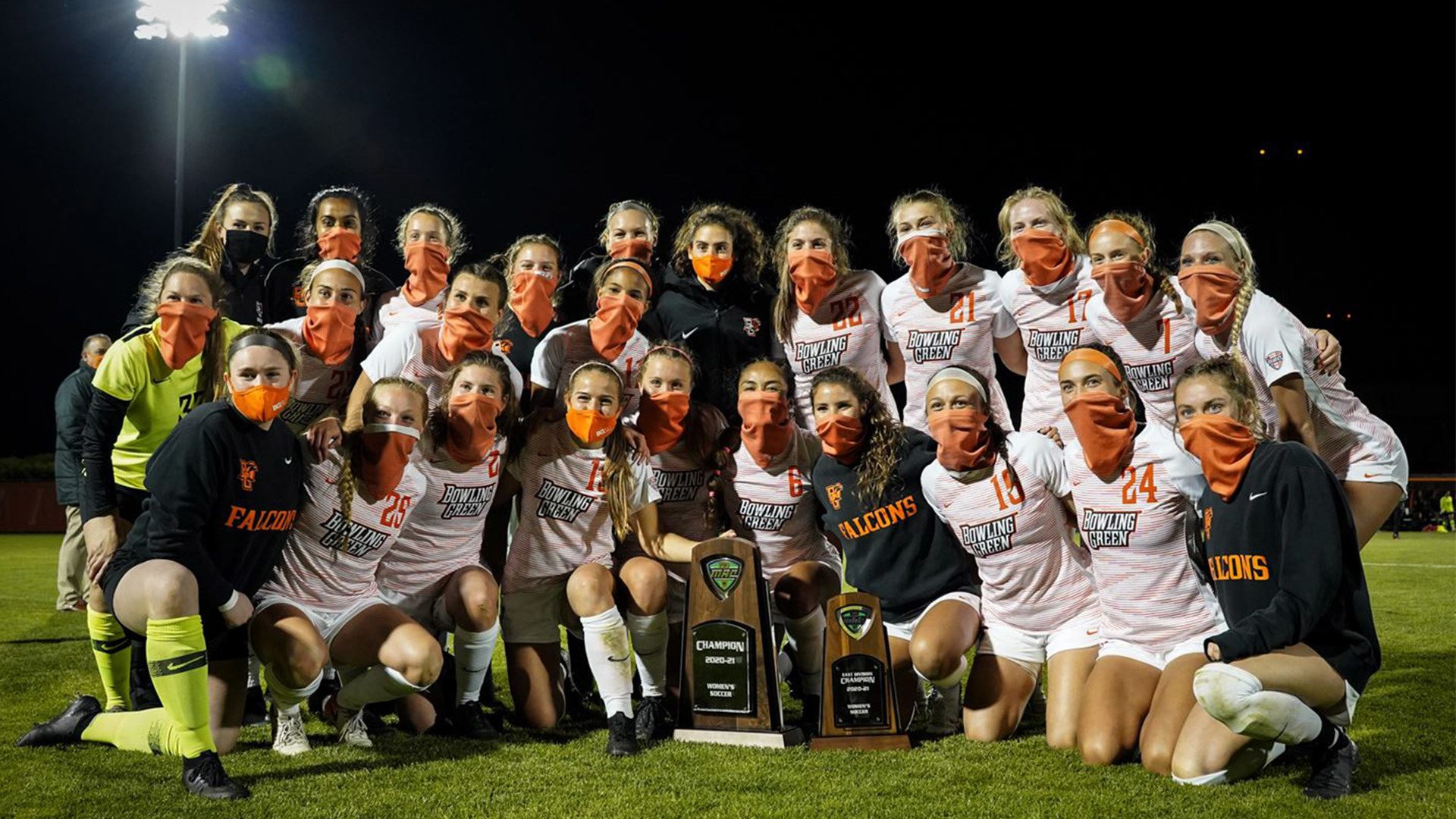 Jimmy Walker assumed the BGSU Women’s Soccer head coaching job in early 2020, taking over a team that had won two consecutive MAC titles. Walker, at the helm of a program that was expected by many observers to win yet another title, barely had time to get to know his new team before everyone’s world changed due to the COVID-19 worldwide pandemic.

But, when all was said and done, a season that was unlike any other ended just as the previous two seasons had ended — with BGSU capturing the MAC Championship. Walker guided the Falcons to a 6-1-1 overall record and a 5-1-0 mark in MAC regular-season play, and BG downed Ball State in the conference championship. 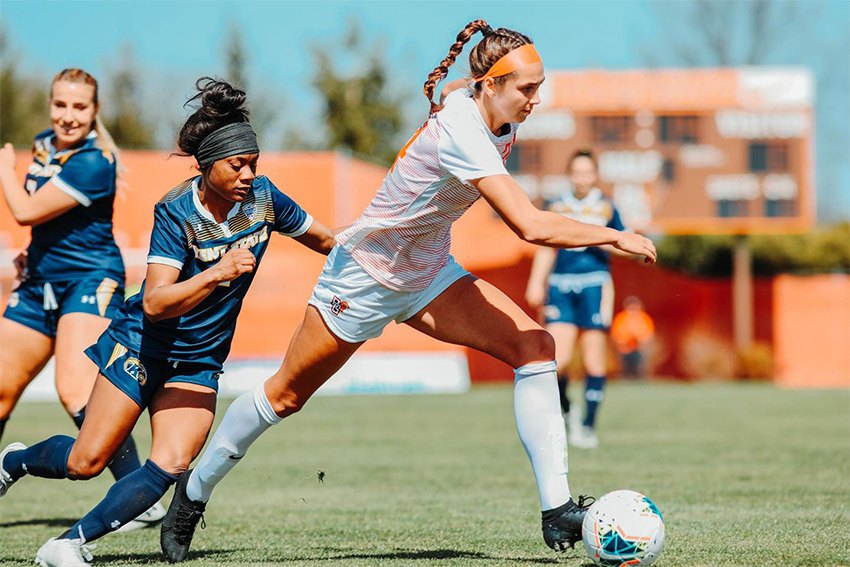 Give to BGSU Women's Soccer

The Falcons outscored opponents, 17-3, and fans of other MAC programs may not be excited to hear that all 11 starters return in the fall of 2021. The returning players accounted for all 17 of the goals and 10 of the team’s 11 assists last year. Nikki Cox and Madi Wolfbauer were named to both the All-MAC First Team and the United Soccer Coaches All-Region First Team in 2020(-21). Lili Berg, Jasmijn Dijsselhof and Audrey Shea each earned All-MAC honors as well, while Berg and Kennedy White also represented the Falcons on the all-region squad.

In her first season at BGSU, Berg was stellar in goal, as the Falcons tied for first in the entire nation in shutout percentage (.750), with six shutouts in the eight matches. Wolfbauer led a balanced scoring attack with five goals.

"We are very excited about the upcoming year. We have a great group of returning players along with some really nice additions,” said Walker. “Our non-conference schedule is going to be extremely challenging, which should help prepare us for a very competitive MAC schedule.”