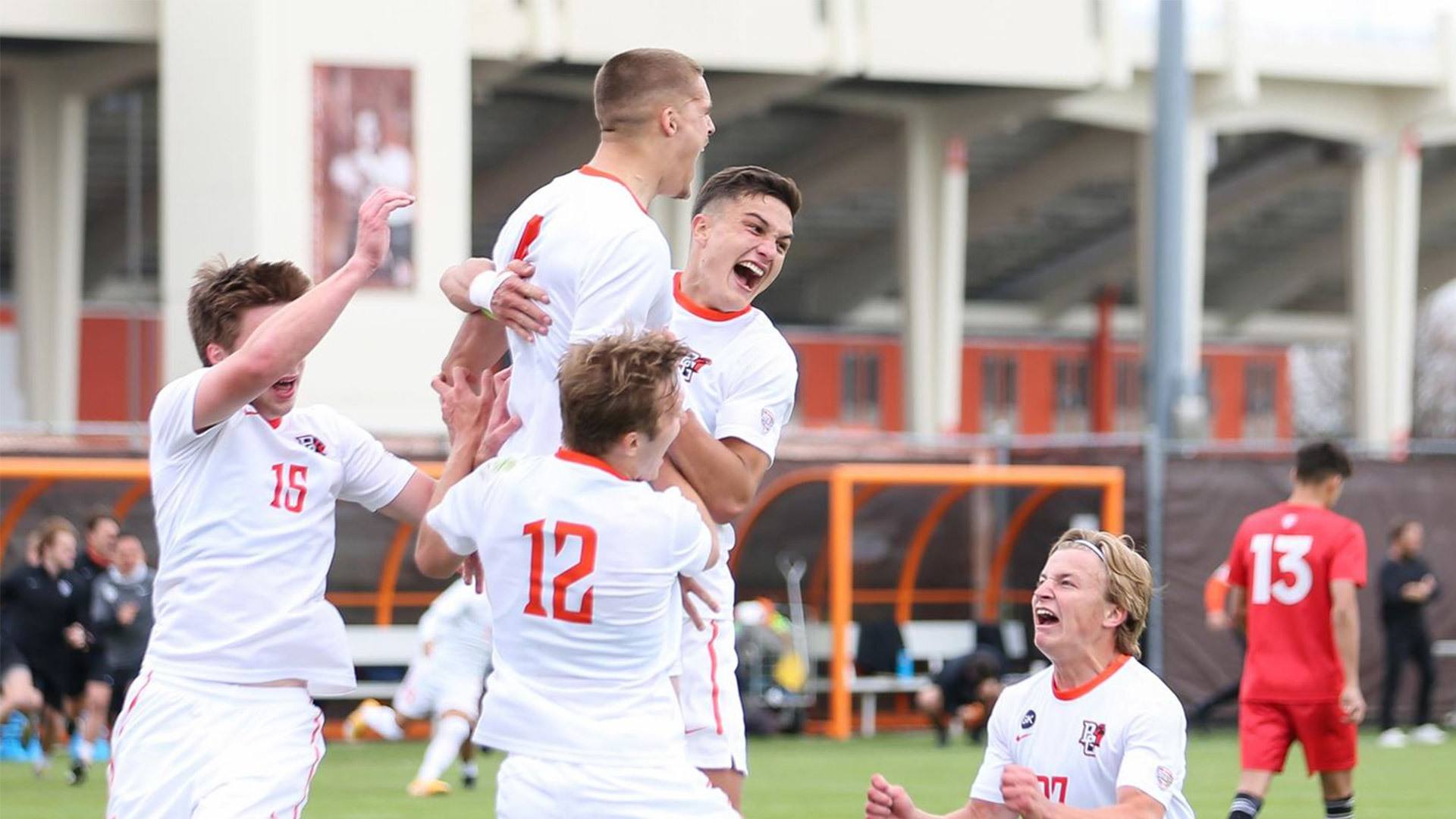 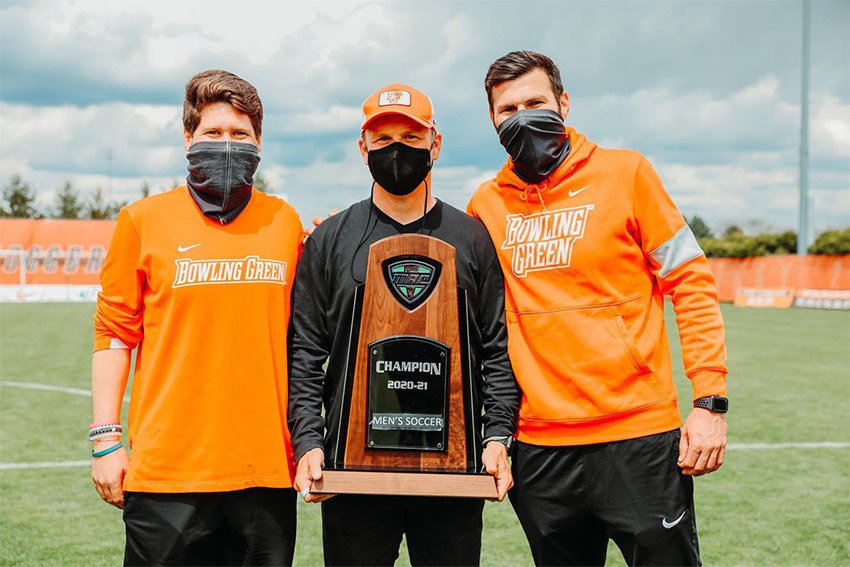 Give to BGSU Men's Soccer

For the first time in nearly two decades, the Bowling Green State University Men’s Soccer team will enter the season as the defending Mid-American Conference champions. Head Coach Eric Nichols and the Falcons captured the conference crown and advanced to the NCAA Championships in the spring of 2021.

BGSU returns eight of 11 starters from a team that ended the season ranked No. 30 in the final College Soccer News poll. The Falcons finished third in the final United Soccer Coaches North Region poll, and Nichols and his staff were named the North Region Staff of the Year.

The Falcons’ outright MAC regular-season title was the program’s first since 1996, and BGSU participated in the NCAA Tournament for the first time since 1997. Nichols, the MAC Coach of the Year, saw a school-record six players named to the All-MAC Team, and four of those six return this fall.

“This past spring presented us challenges and memories that we will always look back on,” said Nichols. “But we are ready to move on and test ourselves against the new challenges and opportunities we will face this fall.”

That group includes First-Team All-MAC selection Jacob Erlandson, along with all-league second-team picks Zach Buescher, Logan Kowalczyk and Nathan Masters. Kowalczyk, in his first season as the starting goalkeeper, had a goals-against average of just 0.59 in MAC play and posted five shutouts against league opponents, the program’s highest total since 1998.