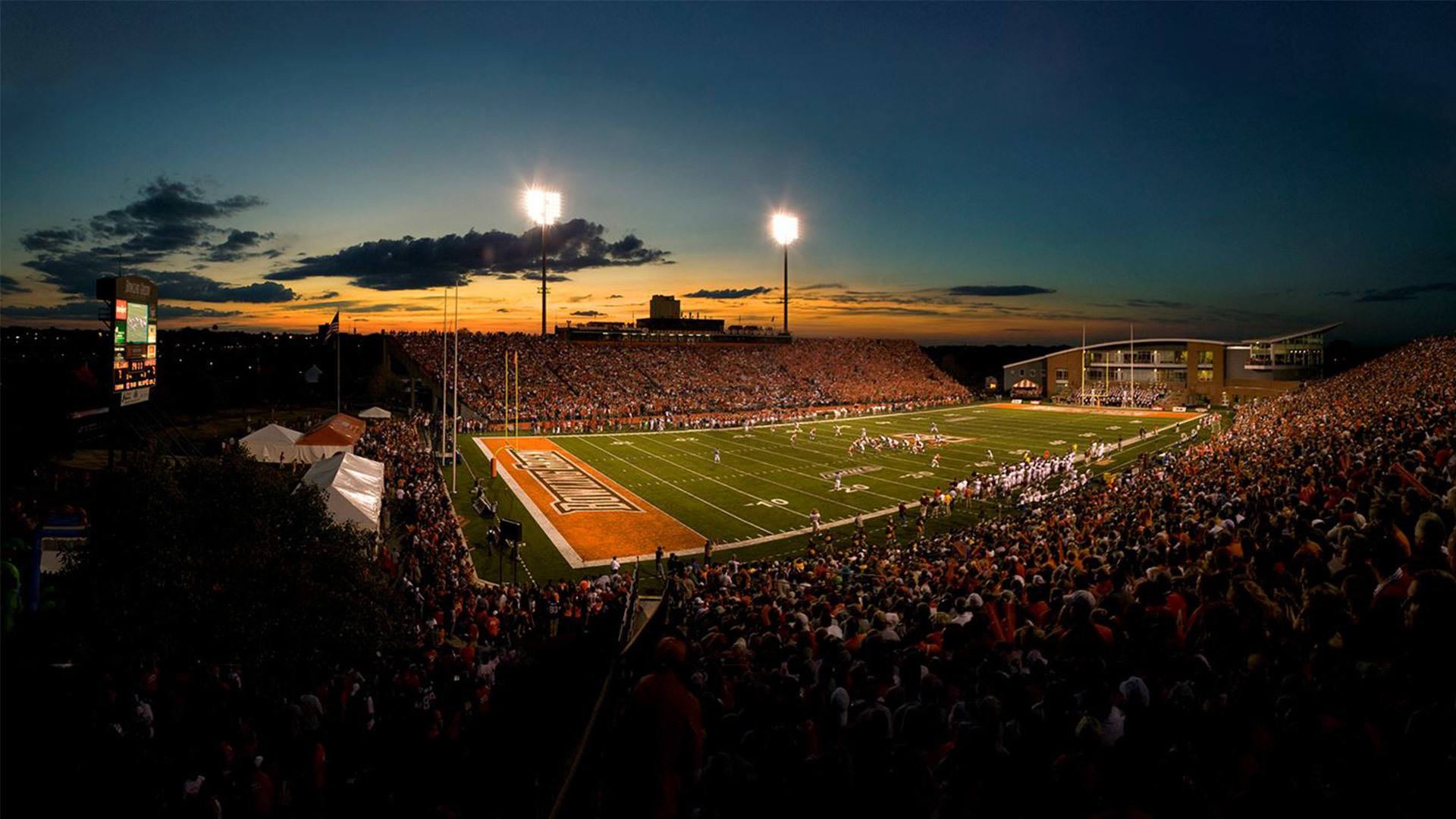 SUPPORT THE FALCONS. GET YOUR TICKETS HERE!

Falcon Football opens the 2021 season by taking on the Tennessee Volunteers on Thursday, Sep. 2. Under third-year head coach Scot Loeffler, BGSU has one of the most youthful teams in the country in 2021. With one of the most experienced coaching staffs in the Mid-American Conference, the Falcons have a foundation in place to build another winning program at Bowling Green.

"We are excited to welcome Falcon fans back to The Doyt this fall,” said Loeffler. “We have a young team in 2021, but one that you won't want to miss. The development of the program continues and your support will make a huge difference."

On offense, running back Terion Stewart returns to the BGSU backfield after gaining a staggering 8.0 yards per carry. He will be aided by fifth-year senior Sam Neverov, who is expected to anchor the offensive line. At quarterback, Boston College transfer Matt McDonald returns after battling through injuries in 2020. Among others in the quarterback room, highly-touted second-year freshman Tucker Melton will battle for playing time throughout the fall.

The defense features a number of experienced playmakers, including defensive lineman Karl Brooks and defensive back Jordan Anderson. Brooks has started every game he's played in for the Falcons over the previous two seasons and has recorded 11.0 tackles for loss over his last 15 games. Anderson broke onto the scene in 2019 and has recorded 76 tackles over 11 starts in his two seasons as a Falcon.

BGSU is preparing for full capacity this season for games inside Doyt L. Perry Stadium. The Falcons will play six home games in 2021, including four Saturday contests in September and October and the annual Battle of I-75 against rival Toledo on Wednesday, Nov. 10. The last time the two programs squared off in Bowling Green, the Falcons came away with a 20-7 victory. The home opener is set for Saturday, Sep. 11 versus South Alabama.