Biography of Sandra B. Earle, Pharm.D. 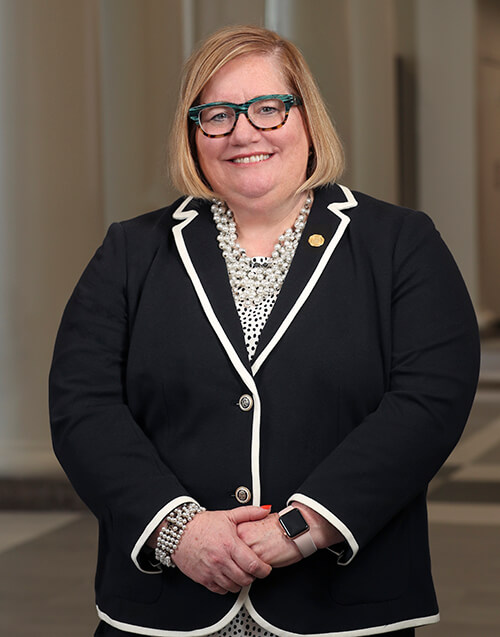 Dr. Sandra B. Earle brings a strong background in higher education to the volunteer role of university advocate at Bowling Green State University, which she assumed on February 23, 2018, when her husband, Dr. Rodney Rogers, was named the 12th president.

As university advocate, Earle supports BGSU students, with a special interest in providing assistance to those in crisis and ensuring food security for all students. As a woman in science, she is also dedicated to encouraging more young women to pursue the STEM disciplines. She champions campus and community initiatives in service to the public good and promotes civic engagement. She is a member of the board of directors of the Montessori School of Bowling Green.

Earle is an associate professor of pharmaceutical science and associate dean for assessment for the College of Pharmacy at the University of Findlay, where she has taught since 2006. She completed a post-doctoral fellowship in clinical pharmacokinetics at The Ohio State University after earning her Pharm.D. from Ohio State and her Bachelor of Science in pharmacy from Ohio Northern University. She has also served on the faculty at Oregon State University and at the VA Medical Center in Portland, Oregon, as well as being the clinical coordinator at Mt. Sinai Medical Center in Cleveland.

Her academic expertise lies in pharmacokinetics and pharmacodynamics. Her research interests include pharmacodynamic modeling, pharmacogenomics, assessment and the scholarship of teaching and learning.

A native of Rochester, New York, she met Rodney Rogers at Ohio Northern and they have been married for more than 30 years. They have two sons, Isaac and Spencer, and are residents of Bowling Green.