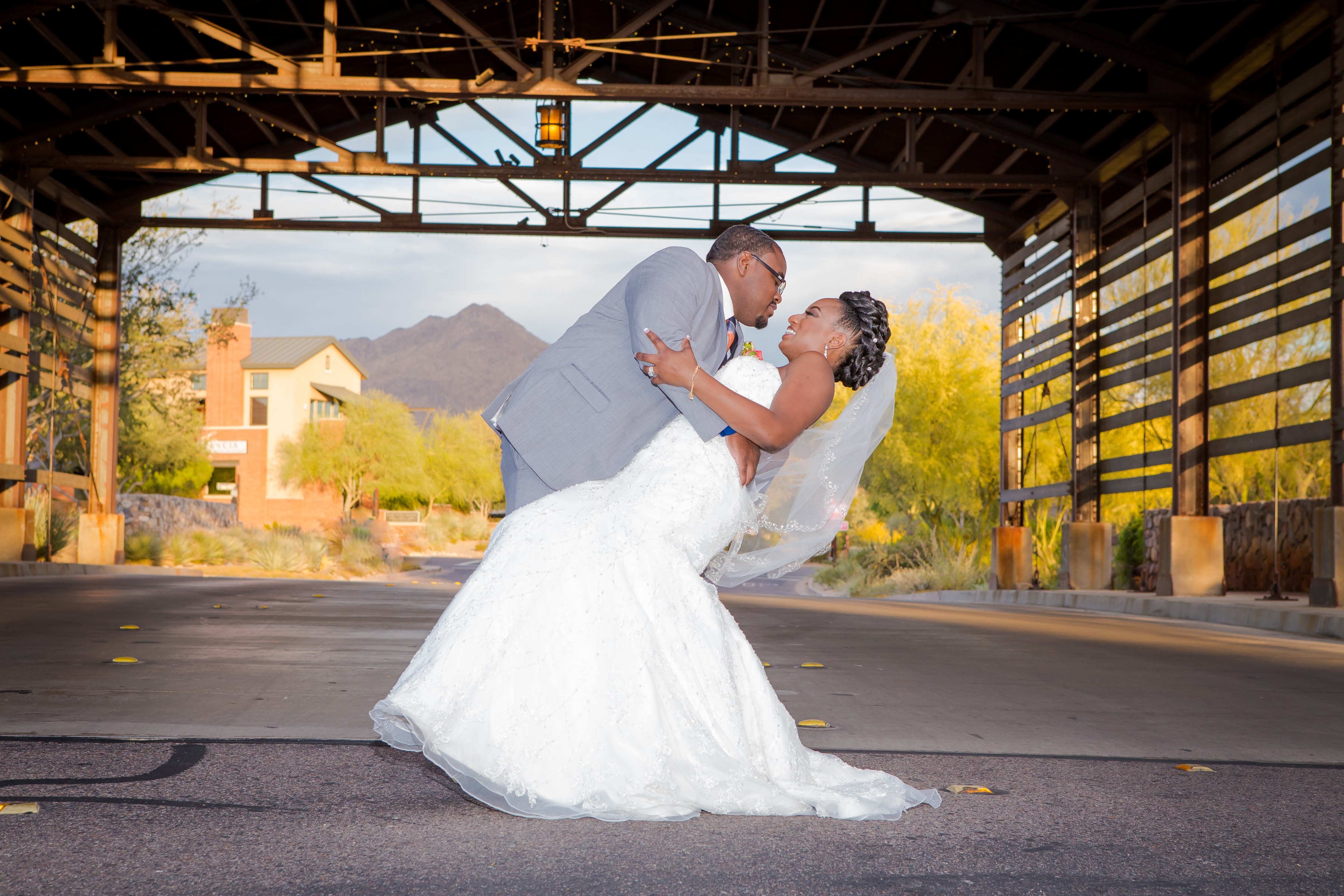 Bowling Green State University alumni Brittney and Curtis Tarrant, married April 17, 2015, in Scottsdale, Arizona, will be among the many Falcon Flames renewing their vows at homecoming this year.

A decade ago, Bowling Green State University alumni Brittney ‘10, ‘11 and Curtis Tarrant ‘08 made plans to meet at homecoming. They hadn’t seen each other since they were undergraduates and lived in two different states but reconnected online a month before the annual event.

The couple, who live outside Phoenix, Arizona, are returning to homecoming this year for the first time since that September 2012 weekend, which marked the official start of their journey to becoming Falcon Flames.

The Tarrants, who have been married for seven years and have a 15-month-old daughter, Choyce, will be among dozens of Falcon Flames – married couples who both have degrees from the University – renewing their vows Saturday, Sept. 17, as part of the University’s 100th homecoming festivities.

“Homecoming is a really big part of our story,” Brittney Tarrant said. “After homecoming, I remember standing in the parking lot of a hotel, and we both agreed we would give it a shot and see where things went. It’s been 10 years since we’ve been back. I literally have chills.”

Curtis Tarrant added, "Homecoming will always feel nostalgic. Homecoming, in particular, set the foundation for our relationship and I am grateful for that."

BGSU President Rodney K. Rogers will officiate the vow renewal ceremony, which will be held at 11 a.m. on the lawn outside Prout Chapel. Falcon Flames who register in advance will receive a vow renewal certificate signed by Rogers, a commemorative button and a digital copy of a professional portrait taken inside Prout Chapel. Registration for the event closes Aug. 31.

In honor of the event, participating couples are encouraged to make a gift of $19.22 or more to the National Center for Family & Marriage Research. However, a donation is not required to attend.

As of 2022, there are 11,421 Falcon Flames. The group, formally recognized through the BGSU Alumni Association, includes 372 couples born in the 1930s and 40s who are still married.

Love of another generation

Randy '75 and Dee Earl '75 are among the many Falcon Flames born in the 1950s. The couple, education majors at the University, met the summer before their senior year in 1974 and have been married for 47 years.

When they met, they lived at the St. Thomas More University Parish and Newman Center across the street from campus and shared an interest in Yahtzee and cribbage. In addition to playing games together for hours, they also spent the first few days after meeting reading a book called “Values Clarification,” which was required for education majors.

“We read questions back and forth from that book and truly got to know each other very quickly on where we stood on all sorts of issues,” Dee Earl said.

The couple was engaged 11 days later.

“I don’t think the words, ‘Will you marry me?’ ever came out of his mouth, but the next thing I knew, we were going ring shopping,” Dee Earl said.

They were married July 26, 1975, in Archbold, Ohio, where Dee Earl grew up, and have shared a life that’s included nine moves throughout Ohio, raising two sons and countless more beautiful memories.

With their 50th wedding anniversary on the horizon, the Earls had begun discussing doing a vow renewal then. But when they saw the event at homecoming in honor of Falcon Flames, they knew they had to attend. 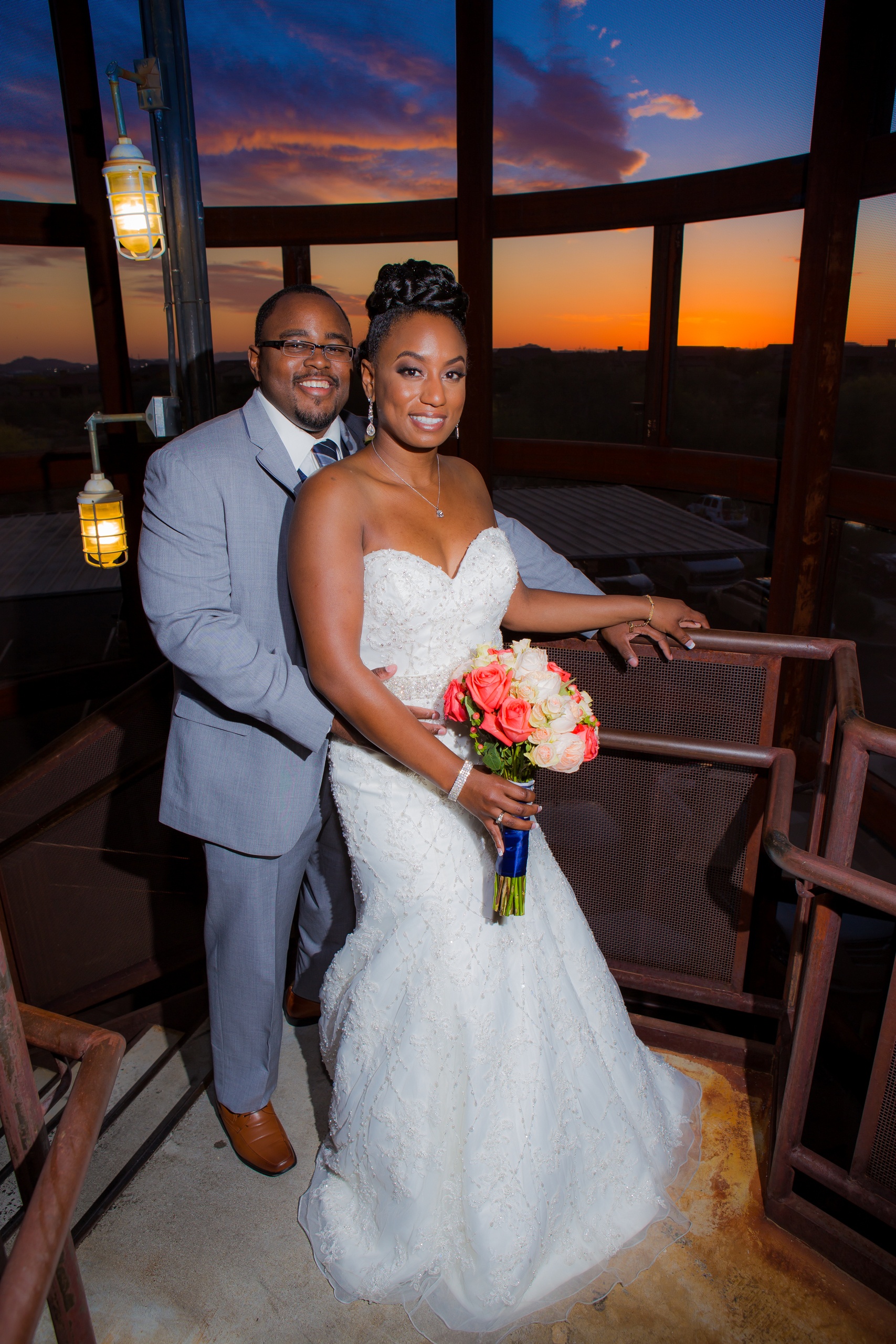 BGSU alumni and Falcon Flames Brittney and Curtis Tarrant reconnected after graduating from the University and have been married for seven years. 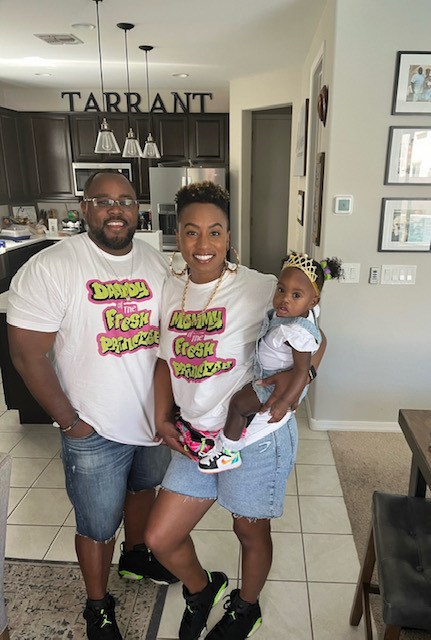 Falcon Flames Brittney and Curtis Tarrant have been married seven years and have a 15-month-old daughter, Choyce. 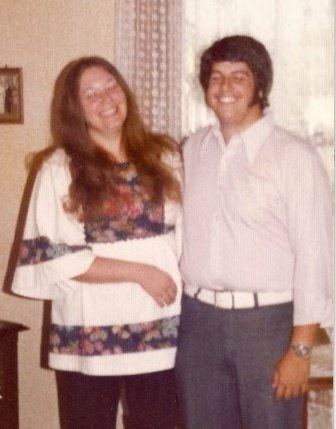 BGSU alumni Dee and Randy Earl were engaged 11 days after meeting and have been married 47 years. 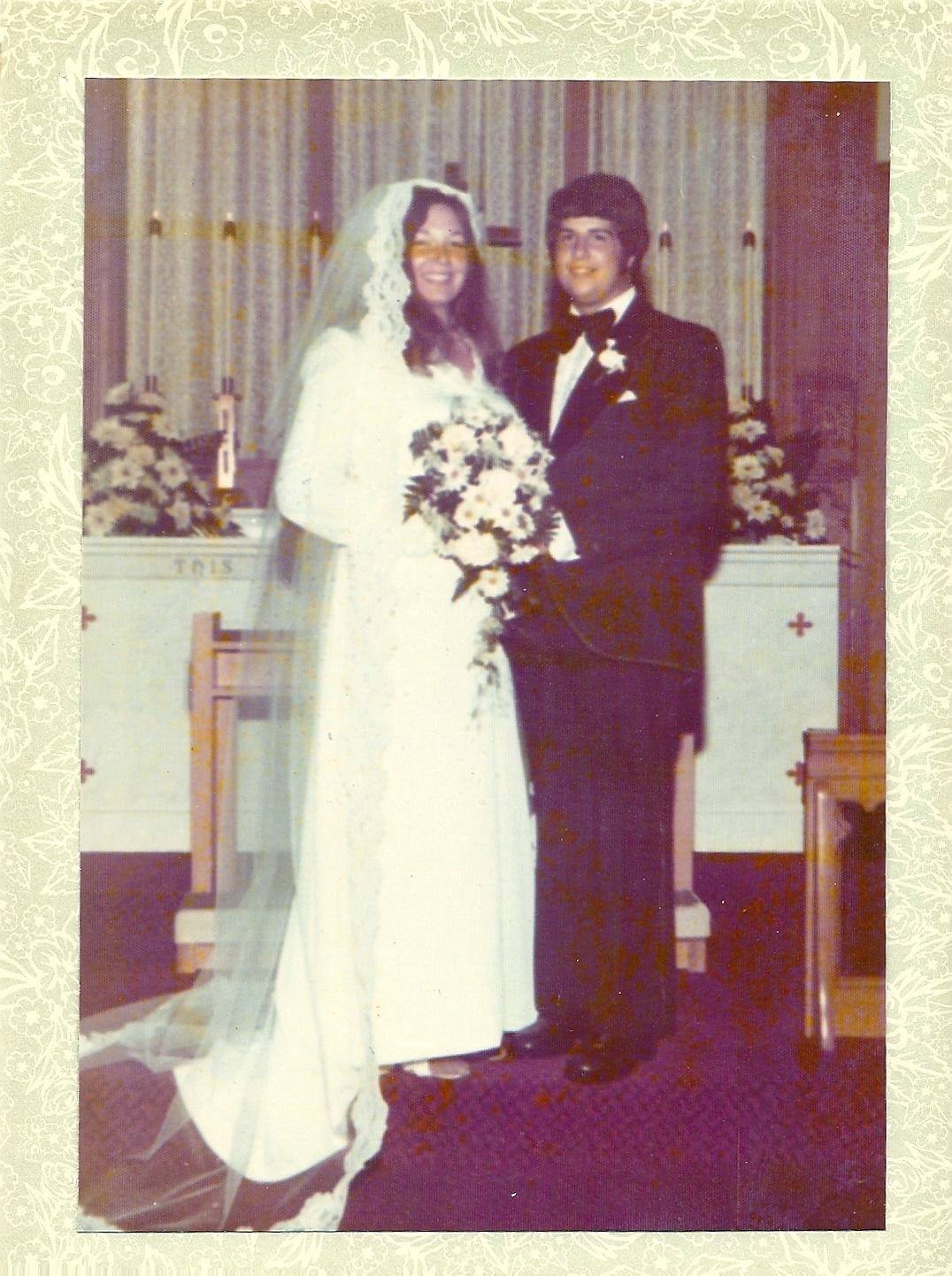 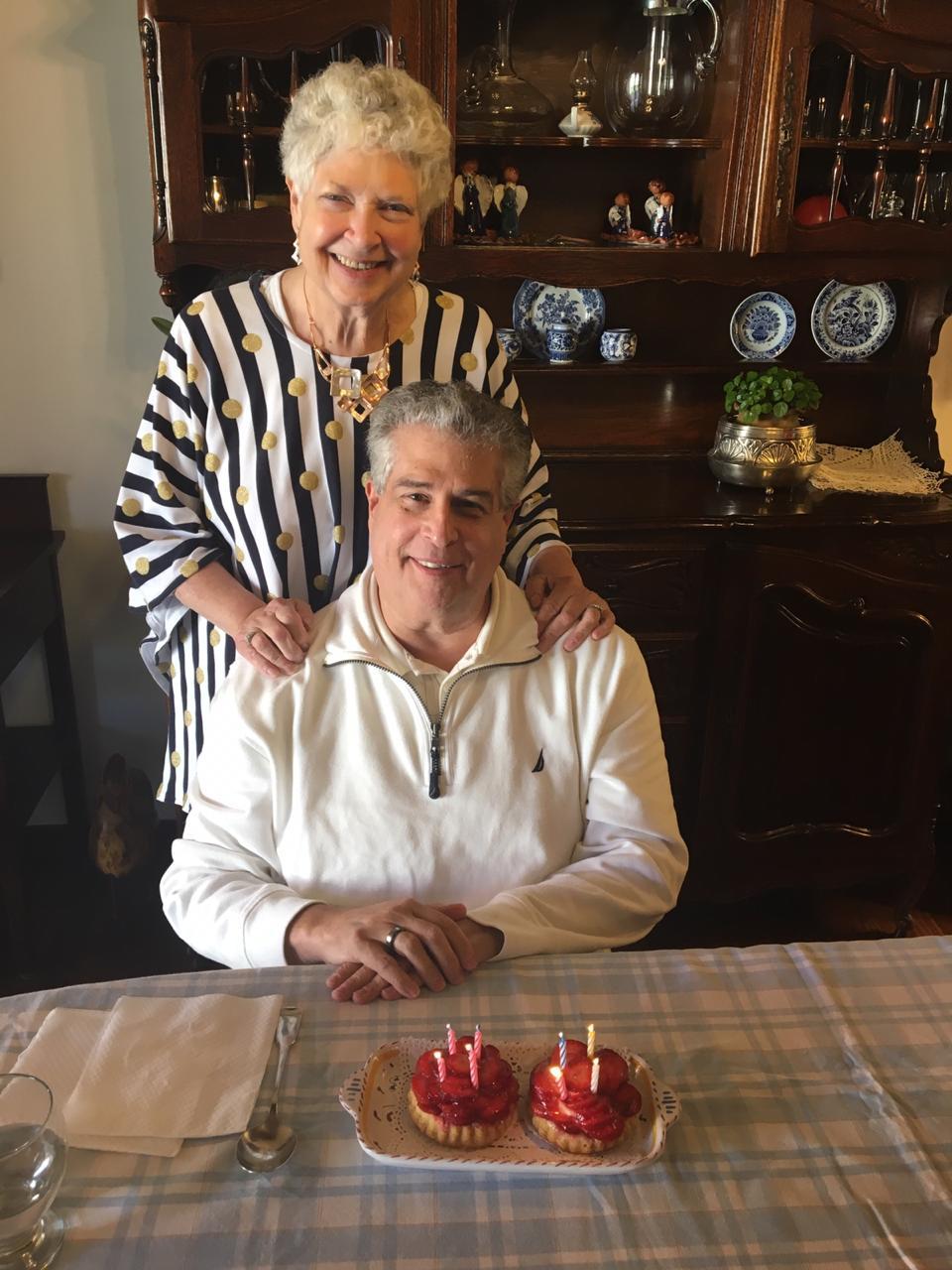 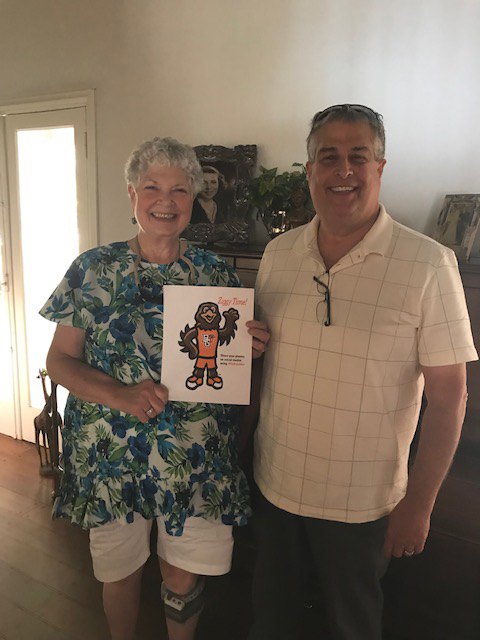 BGSU alumni and Falcon Flames Dee and Randy Earl enjoy taking Flat Freddie with them on their adventures.