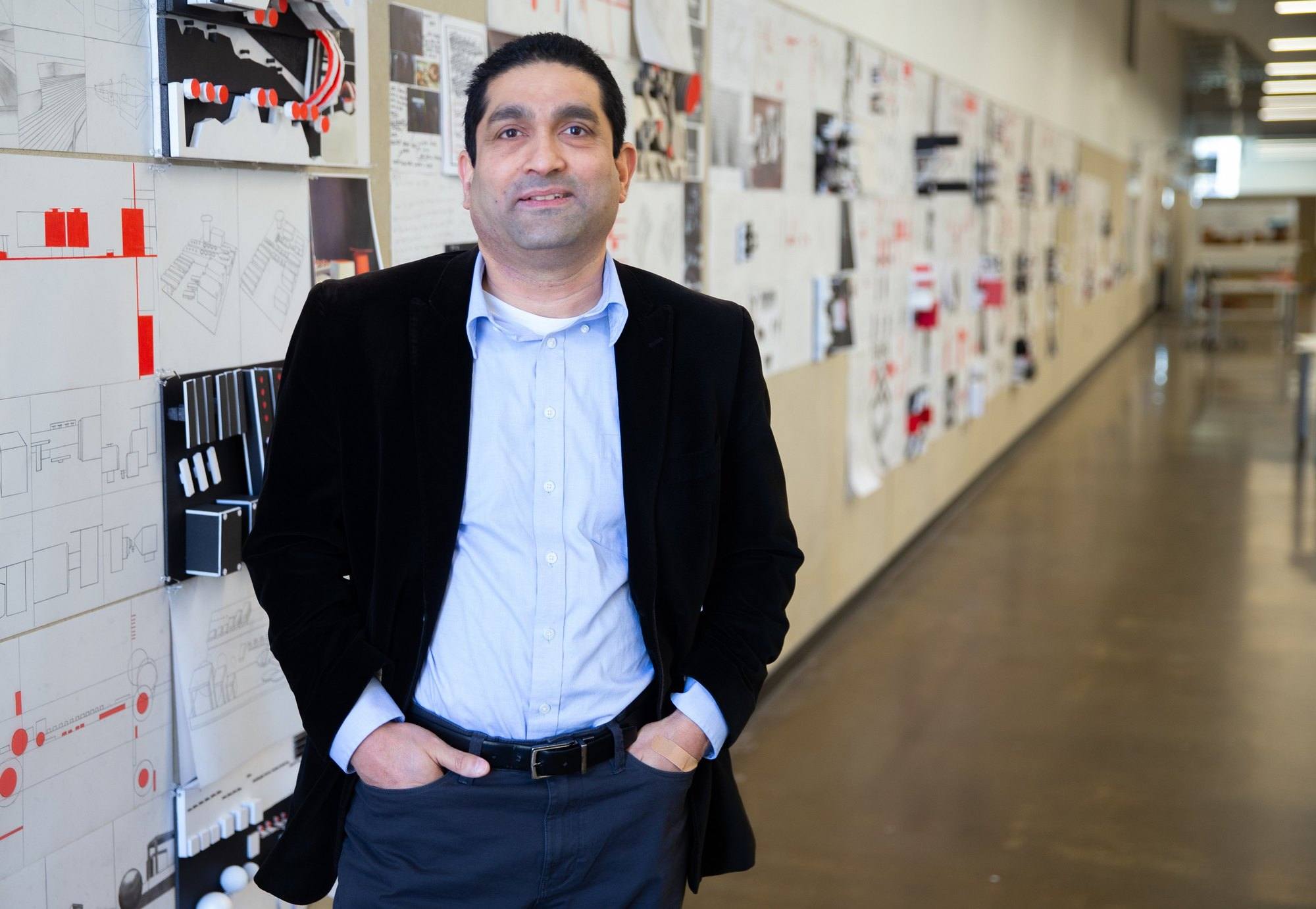 A state leader: School of the Built Environment director appointed to American Institute of Architects Ohio Board

Dr. Arsenio Rodrigues, the director of the Bowling Green State University School of the Built Environment, has been appointed to a statewide board to represent all of Ohio's accredited architecture programs.

The American Institute of Architects Ohio Board chose Rodrigues as its AIA Ohio Schools Director, an appointment that will run through at least the rest of 2022. Through his appointment, Rodrigues will represent the interests of the five schools in the state of Ohio that have earned accreditation from the National Architectural Accrediting Board.

Rodrigues, who has been in his role at BGSU since 2018, was imperative in helping the University obtain initial accreditation for its Master of Architecture program from the NAAB.

During the past four years, enrollment has almost doubled in the undergraduate and graduate programs in architecture, and during this period, several students in architecture have won national and state-level leadership and design-related awards. In 2019, the Architecture program was listed by DesignIntelligence (DI) in the “Top Ten Architecture Programs Most Hired From.”

Through his appointment on the AIA Ohio Board, Rodrigues will represent the interests of the five schools in the state of Ohio that have full NAAB accreditation: BGSU, Ohio State, Kent State, Cincinnati and Miami.

"It is an honor for me to serve in the capacity of AIA Ohio Schools Director and represent the five NAAB accredited schools of architecture in Ohio on the AIA Ohio Board," Rodrigues said. "I hope to facilitate a greater connection between the architecture programs and the AIA Ohio Board as it relates to issues facing architectural education and the profession."

The School of the Built Environment, which merges construction management with architecture programming, is the only one of its kind in Ohio and serves in direct response to continued collaboration with industry partners. Synergizing architecture and construction management education in the school aligns with the future trajectory of design-build.

BGSU students are immersed in interdisciplinary coursework that blends management, design and technical education, as well as the chance to participate in up to three paid co-op experiences before beginning careers such as construction management, architecture and interior design, among others.

The BGSU School of the Built Environment is currently undertaking a project of its own, as its new home — an expansion of the Park Avenue Building — will be named Kokosing Hall after the Westerville, Ohio-based construction company recently made a transformative gift to the University.

The new facility, which broke ground in June 2021, is expected to be operational by spring 2023.