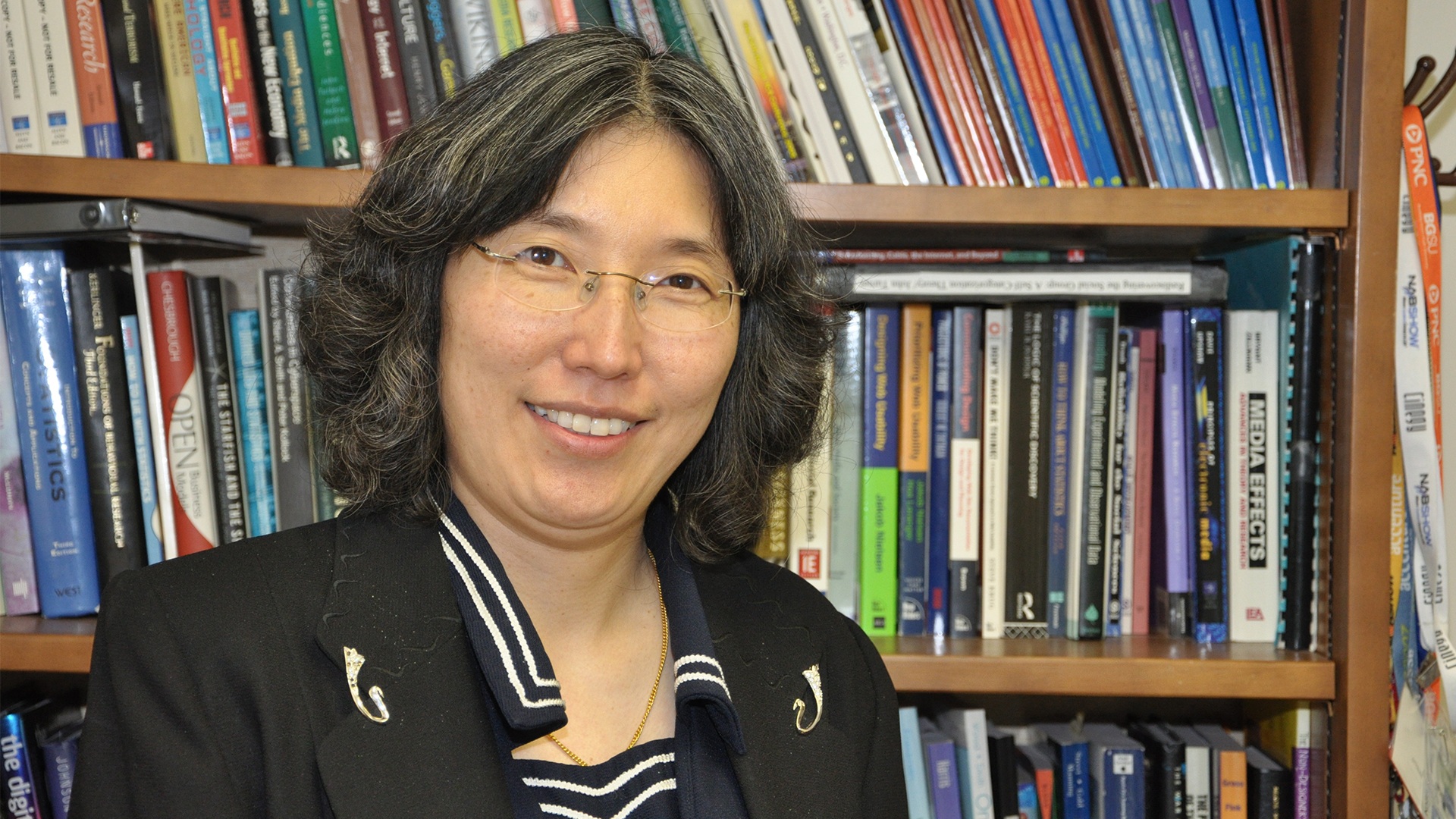 School of Media and Communication professor has extensive research in advertising, media and international communication

Dr. Louisa Ha, professor in the School of Media and Communication in the College of Arts and Sciences has received the 2021 Professorship of Research Excellence Award.

The recognition as a distinguished research professor is bestowed upon exceptional members of the BGSU faculty who have established outstanding national or international recognition through research and publication or achievement in their disciplines.

Ha, who came to Bowling Green in 2000 and was elevated to full professorship in 2007 after serving as associate professor, has focused her studies on advertising, audience behavior, media management, media technologies, international communication and research methods.

She has published five books, written 22 book chapters and more than 70 peer-refereed journal articles, and collaborated with 38 graduate students in published journal articles. Ha received the Presidential Collaborative Research Award in 2017, and in 2008 was awarded the Emerald Research Award from the United Kingdom, believed to be the first non-U.S. research grant BGSU has received. That grant allowed her and doctoral candidate Primus Igboaka to study knowledge dissemination via the Internet in rural areas of his native Nigeria.

In her endorsement of Ha for this most recent award, Dr. Laura Stafford, school director, cited Ha's profound ability to collaborate with her students.

“Ha is not simply a scholar, she is an outstanding scholar-teacher,” Stafford said. “Not only is her research record impressive, she mentors and involves graduate students in research.”

Ha has stood out in her field through the number of honors and awards she has received from her colleagues for work that Stafford called “agenda setting for current and future scholars.”  She served two three-year terms as the editor-in-chief of the oldest academic journal in her field, Journalism and Mass Communication Quarterly, which is recognized as the flagship publication of the Association for Education in Journalism and Mass Communication.

During her time as editor-in-chief, Ha was able to increase the diversity of the publication's editorial board to 94 members from 80 universities, including 34 women, and 24 of those are ethnic minorities. She also collaborated with the University Libraries to complete a full digital curation of the journal and archive all issues collected since the first issue in 1924.

Her work writing “The Audience and Business of YouTube and Online Videos,”  done in collaboration with seven BGSU graduate students, received high praise from major media publications, including the Journal of Broadcasting and Electronic Media, which said: “Ha has created a research agenda for other researchers to follow, which appears to be the greatest contribution of all from this book. YouTube is hardly static; Ha and her colleagues' collected research findings seemingly point the way toward future studies of online video users.”

During her time at BGSU, Ha also founded the Emerging Media Research Cluster in which students and colleagues work on large grant-funded projects. The work of this group has resulted in one published scholarly book, 17 refereed journal articles, and presentations of more than 30 refereed national and international conference papers. Stafford said the quality, quantity and pace of Ha's work deserves recognition.

“Impressively, over time her research productivity continues at a high rate,” Stafford said. “Some full professors slow down after several years in rank. This is not the case. I expect her research trajectory to continue.”