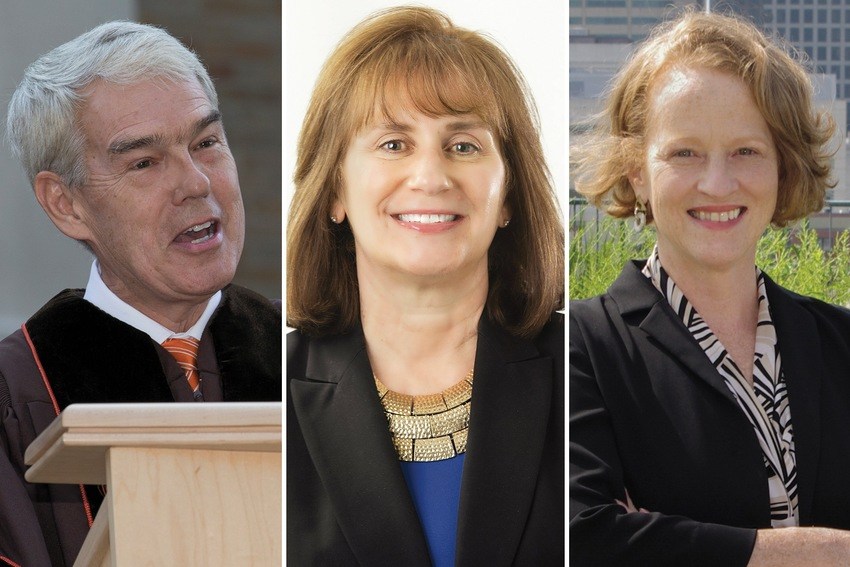 Orange and brown always have ﬁgured prominently in the state of Ohio, from Bowling Green’s campus to the colors of fall. Starting at the beginning of this year, orange and brown even left their mark at the Ohio Statehouse.

Mike DeWine, the 70th governor of the state, in January appointed three Bowling Green State University alumni as members of his cabinet.

Randy Gardner ’81, ’87, Sheryl Maxﬁeld ’81 and Laurie Stevenson ’88 were nominated as cabinet directors on Jan. 10 in Columbus.

“We couldn’t be prouder of our alumni who are truly making an impact on people’s lives in our state and beyond,” BGSU President Rodney K. Rogers said. “From education to commerce to the environment, BGSU graduates are working for the public good and modeling what it means to lead a life of commitment to public service.”

Gardner, who served northwest Ohio in the Ohio General Assembly for nearly 33 years, was appointed the 10th Chancellor of the Ohio Department of Higher Education. As chancellor, he oversees the state’s public two-year and four-year institutions and Ohio technical centers. Gardner also provides policy guidance to the governor and the Ohio General Assembly and carries out state higher education policy. He received his Bachelor of Science in education and his Master of Arts in political science from BGSU.

Maxﬁeld, who served as chief counsel for DeWine when he was Ohio attorney general, was appointed director of the Ohio Department of Commerce. She is responsible for the overall leadership and direction of the commerce department, one of the state’s leading regulatory agencies. The department is focused on promoting the growth, success and safety of businesses in real estate, industrial compliance, securities, ﬁnancial institutions, liquor control, medical marijuana, ﬁre safety and unclaimed funds. She earned a bachelor’s degree in journalism from BGSU.

Stevenson, who worked in various roles for the Ohio Environmental Protection Agency for 30 years, was appointed the director of the agency. She is charged with upholding the agency’s mission of protecting human health and the environment. Stevenson’s ofﬁce directs all activities of the agency, including policy development and rule making, enforcement, strategic planning, coordinating state and federal initiatives, as well as providing outreach, education and assistance to the regulated community and citizens. She graduated from BGSU with a Bachelor of Science in environmental health.