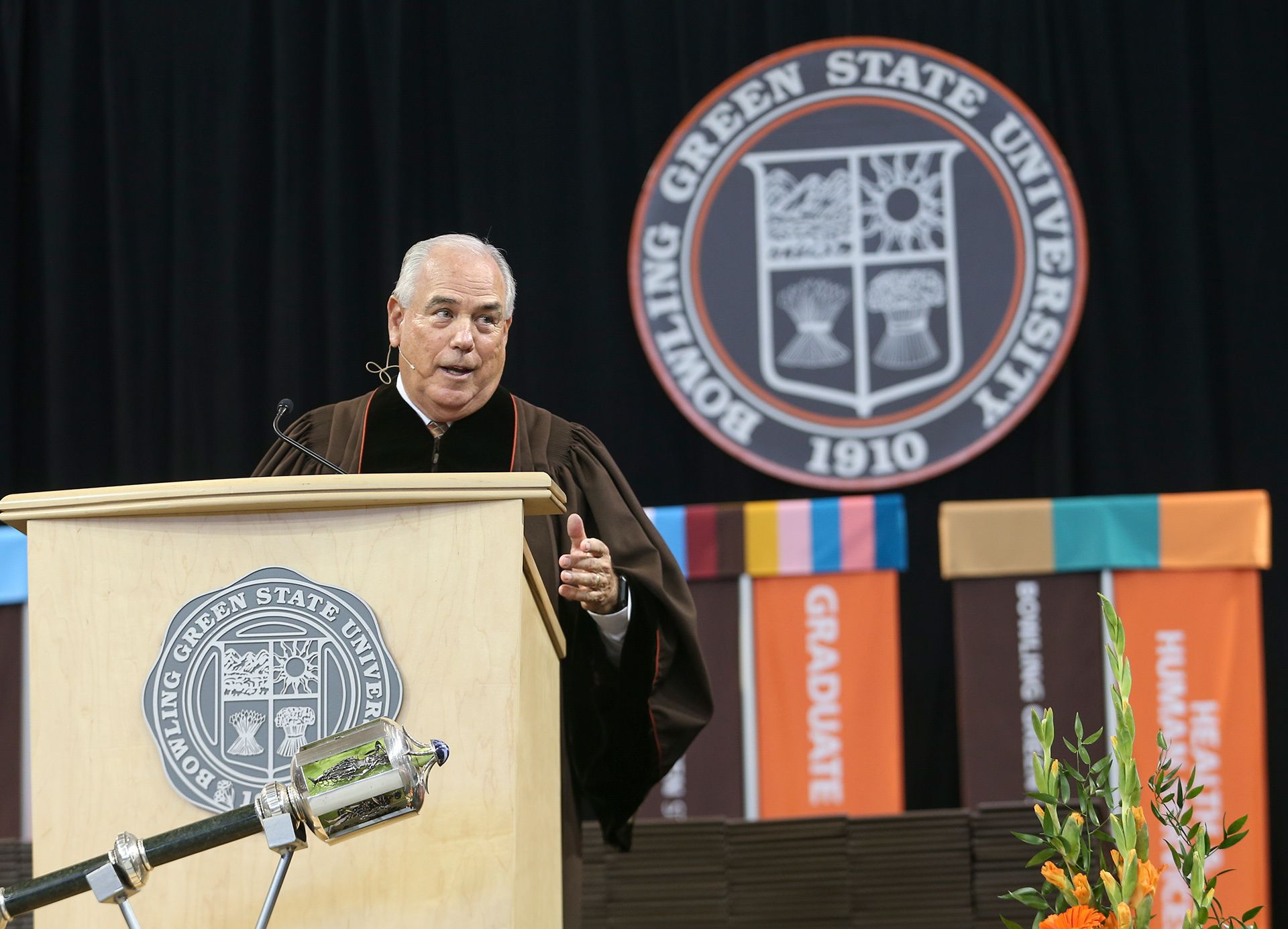 Class of 1972 alumnus is defensive coordinator of Tennessee Titans 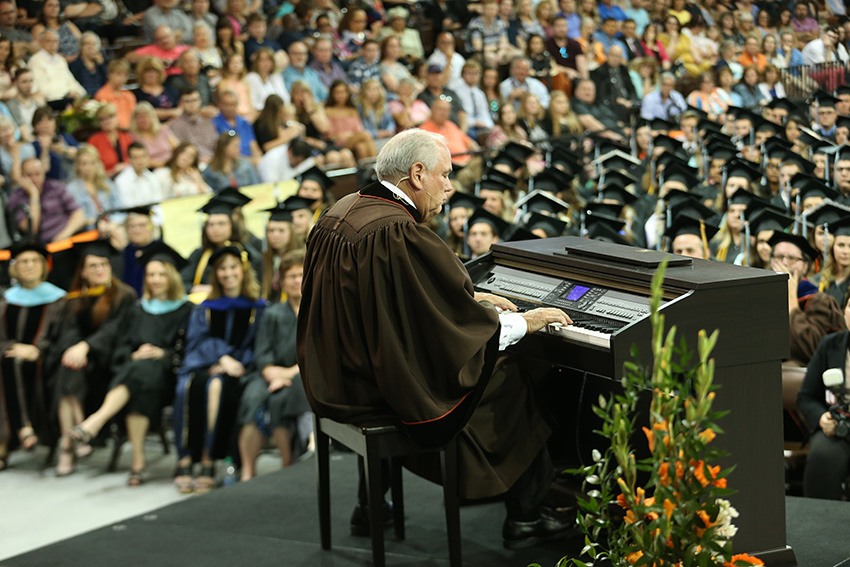 Alumnus Dean Pees gave advice to Bowling Green State University’s latest “rookie class” with degree candidates from the colleges of Education and Human Development and Technology, Architecture, and Applied Engineering on May 18 at the Stroh Center.

Pees, who earned a Bachelor of Science in education in 1972, is the defensive coordinator of the Tennessee Titans of the NFL. He has coached in multiple Super Bowls and has taught and coached football for 46 years at all levels: high school, college and the NFL.

Pees congratulated the Class of 2019 and thanked BGSU faculty, high school teachers and parents for a job well done.

“Everyone gets so tied up in this computer age with beautiful resumes and everything that goes along with it, but it’s people who help you get jobs,” he said. “It’s people who get you where you are. It’s the teachers that I had in high school; it’s the professors I had at Bowling Green. I made some incredibly great friends with professors at BGSU. Forrest Creason, Warren ‘Porky’ Scholler and John Piper were some of my teachers at Bowling Green, but I got to be good friends with them and learned a lot from them.

“Nobody gets where they are in life alone. It’s all about people helping you along the way. Certainly, I got a good start with Bowling Green State University. It was a great school for me and I’m proud of the education I got here.”

Pees bestowed upon the candidates the advice he gives to his rookie football players at the beginning of every season.

“Life isn’t complicated. It’s all about choices,” he said. “Be tough, both mentally and physically. Expect to be great, but also expect to fail.”

“Be knowledgeable,” he said. “Learn your profession inside and out.” You never know when you may have to adapt to a different role.

Pees closed his speech with the importance of caring for other people.

“Be engaged and communicate” with the people around you, he said. Represent yourself; no one else is going to do it for you. “Have H.O.P.E. — help one person every day. Don’t blame others and never pre-judge anyone.”