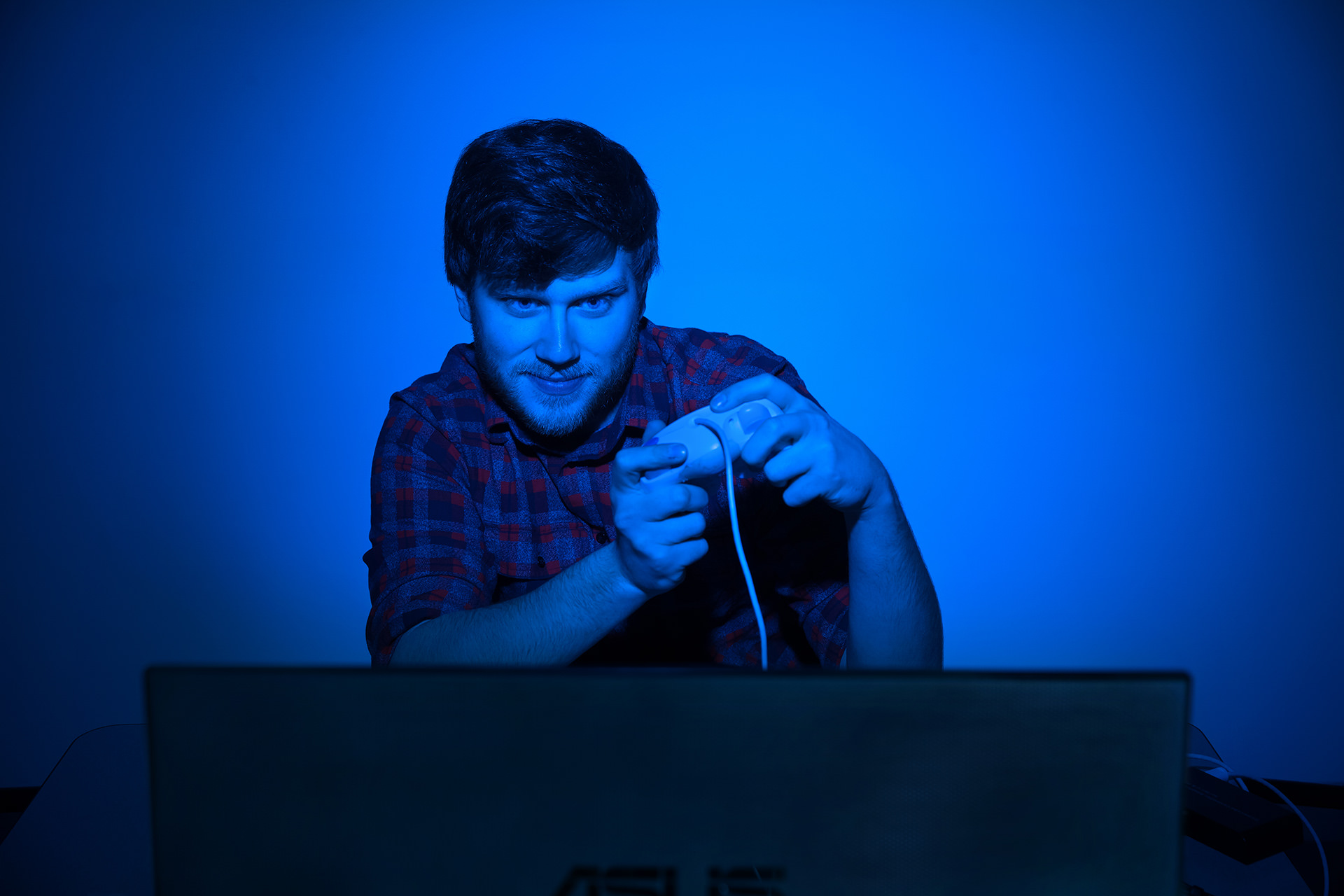 BGSU’s eSports club has been a real ‘Smash’

Keaton Smith, who has been playing video games since before he could read, is hoping to leave Bowling Green State University a better place when he graduates in May.

Smith is the co-founder and former president of Falcon eSports, a club for video game enthusiasts he helped build from scratch.

The global eSports market was valued at nearly $493 million in 2017 by Statista, with expected worldwide growth to reach $1.65 billion by 2020.

American universities have taken notice. This year, there will be at least 20 institutions that offer eSports at the varsity level, including two schools in the Mid-American Conference.

BGSU isn't quite ready to play at the level, but Smith and his fellow students hope that Falcon eSports can keep growing after they graduate.

"We're just a standard club right now, but I would love to see BGSU grow to the extent that they can do what other universities our size are doing — offering scholarships for really good players to represent the school," said Smith, a computer science major from Louisville, Kentucky.

He said he got an early start to playing video games because his four older siblings had various game consoles.

"I feel like the NES, the original Nintendo, was the first one I played because it was my older brother's," Smith said. "And I'm pretty sure 'Teenage Mutant Ninja Turtles' was the first game I played. I was hooked from Day 1, and I've been playing ever since."

When Smith was a senior in high school, his father got a job in Fremont, Ohio, and he decided to attend the University after a campus visit with some friends.

He was happy to see there was an eSports organization (org) on campus, albeit a small one.

"It was run by a senior at the time," Smith said. "He basically got us a room in the art building every week on Saturdays to play 'Super Smash Bros.' and other 'Smash' games. I went as often as I could, but I was working a lot on the weekends. I didn't get to show up to most of them.

"When I came back in the fall the following year, he had graduated and the org had kind of disbanded. It was probably another month or two without any tournaments."

Smith and his roommate, Drew Bobbitt, were both "Smash" fans who had met at the tournaments the year before. They decided to start their own club, but someone beat them to it.

"We kind of joined with them and started running tournaments that semester," Smith said. "Since then, I have been running the org. We do 'Smash' events every week, but we've branched out a lot."

Last spring, Falcon eSports teamed with Miami University for an event called Battle of the Birds, where the universities played head-to-head. The matchup was streamed and can be viewed on YouTube.

The experience was one of Smith's favorite with the group. There were five players on each team. Players faced off head-to-head, with three lives each. Whoever won the match would have his or her lives carried over to the next person on the team, and so on.

"It was both super exciting and scary being up on that stage and everyone screaming," he said. "It was really fun having the school beyond you and everyone cheering for you in the crowd. It was a totally different experience than a one-on-one tournament, where it's just you working without a team."

Smith said Falcon eSports has grown by leaps and bounds since his sophomore year — so much so that they don't have to just play "Smash Bros." any more.

"When we first started, it was just a bunch of people who wanted to play 'Smash Bros.,'" he said. "More and more people starting showing up, and they wanted to expand beyond just playing fighting games."

Smith said the org, after hosting other fighting games such as "Street Fighter" and "Dragonball," has moved on to "Overwatch" and "League of Legends," five-on-five team games that involve a lot of strategy and teamwork.

"During my junior year, we started to reach out to students who play 'Overwatch' in their dorm rooms and tried to get them to come out to the meetings. That way, they could meet other students who also play 'Overwatch.' Then we were able to slowly build up teams for many different games."

Now that Falcon eSports has more students to draw from, teams are able to play in a Tespa league. Tespa is a leader in eSports on college campuses.

"it's run through Blizzard, the company that makes 'Overwatch,' 'Heroes of the Storm' and 'Hearthstone' — some extremely competitive games. We contact them and they will match us up with other schools to play online. It really works out well. That was the goal of our org expansion — to get BGSU teams represented in all of these leagues, as many as we could."

Falcon eSports, which is being run by a new president this semester, sophomore Kyle Kohli, has 37 members. For more information about the club or to see when the next tournament is, check out its rules and guidelines page.