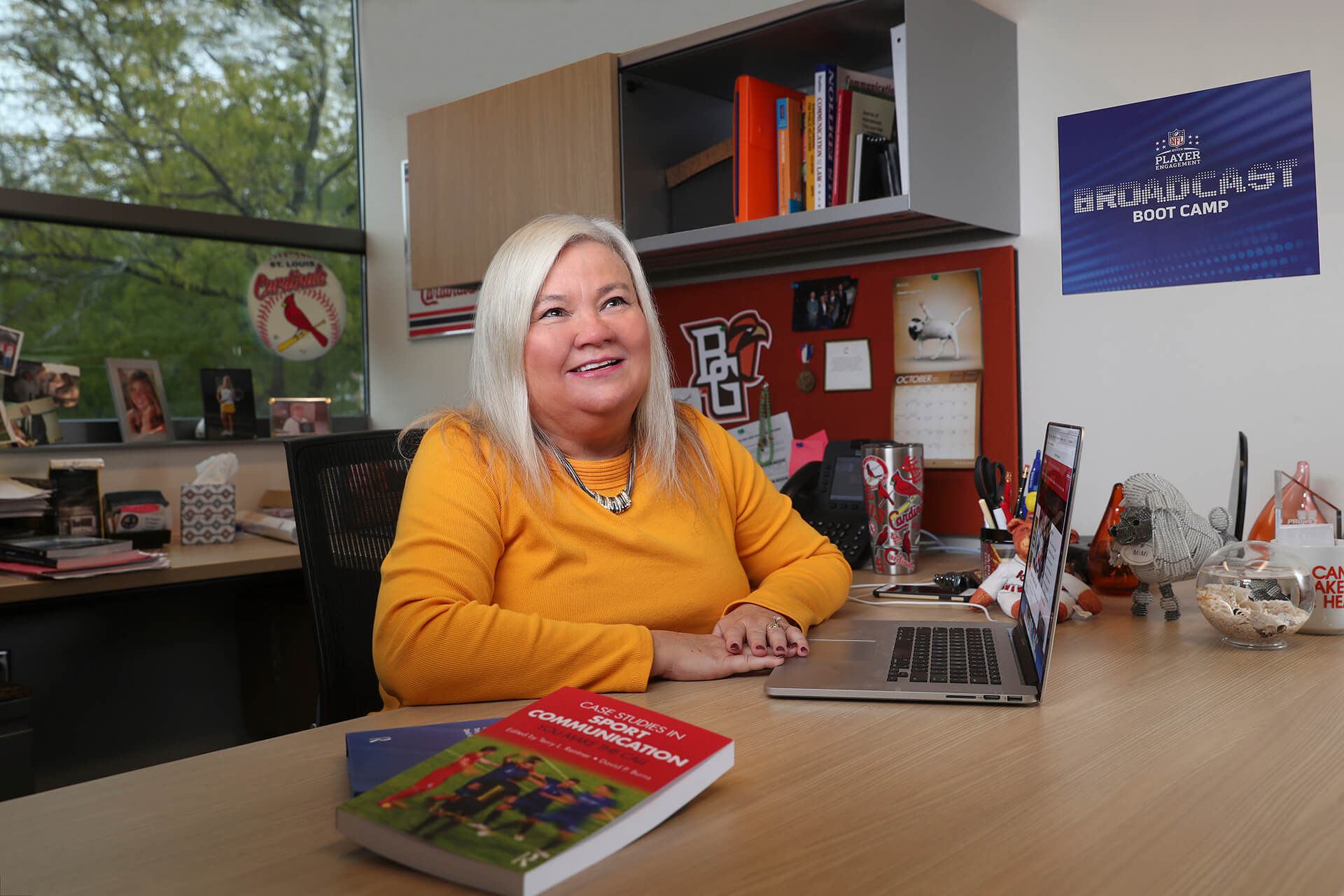 Football players kneel during the playing of the national anthem. Athletic directors are found guilty of abusing young people. Parents worry about whether to allow their children to play football in light of the new knowledge about concussion dangers.

Instead of a sidebar to the news, today sport is news, according to Dr. Terry Rentner, a professor of journalism and public relations in Bowling Green State University’s School of Media and Communication. The sports world has become a microcosm of the issues facing society, from ethics to gender to health, race and social media.

Yet, despite the past decade’s drastically changing sport landscape, there has not been a new academic case study book on sport communication since 2003. Rentner and co-editor Dr. David Burns of Salisbury University have stepped in to fill that void with “Case Studies in Sport Communication: You Make the Call,” recently published by Routledge.

“Sports has become so entrenched in everyday news that recently, of the 10 stories in one newscast, four were about sports,” Renter said. “It’s an important area to study and talk about. Along with the theory, research and skills it provides, the book is meant to start the conversation about the political, social and cultural issues in society, using sport as the platform for discussion.”

“Case Studies in Sport Communication” is organized in three sections: “Front Office” deals with management; “Clubhouse” concerns players; and “Press Box” covers media, including the huge impact of social media today. It presents provocative, real sports cases along with background information, combined with the communication theory, principles and research to give students and other users the knowledge and skills to make a critical evaluation of each case’s communication challenges, the strategies employed and their outcomes.

The book is appropriate for upperclassmen or graduate students in a variety of disciplines in addition to communication studies. It would also be of interest to the general public, particularly those who have an interest in sport both on and off the field.

With chapters by a number of communication scholars including Rentner and Burns, the book looks at complex topics from various perspectives.

The first section, on “Strategic Communication,” explores such topics as the St. Louis Rams’ drafting of Michael Sam, the first openly gay player in the NFL, while another chapter follows the Rams’ move back to Los Angeles and how the team strategically connected its past to its future.

The section on “Corporate and Organizational Identity” deals with such decisions as whether teams should hire a controversial but successful coach, as Kentucky did with its men’s basketball coach.

“Image Repair and Redemption” uses the examples of Olympic swimmer Ryan Lochte’s international incident when he falsely claimed to have been stopped by police in Argentina and examines whether his public apology was effective, and how the athletes felt about the sanctions imposed on Penn State University and its football team after the Jerry Sandusky sex abuse scandal.

“Gender, Race and Identity” looks at gendered pay and endorsement inequity and asks how pay equity in sports could translate to good business practice, given that women have purchasing power in the $5 trillion to $15 trillion range and are the primary buyers of sports merchandise, according to Rentner. Another case study is traditional mascots being either offensive to Native Americans or for gender reasons.

“Most schools have only a male mascot,” Rentner said. “When they do have both male and female, it is rare for the female to wear the jersey, and they usually have a bow or other stereotypical attire.” She noted that BGSU’s Freddie and Frieda are among the few male and female mascot pairs, and that Frieda also wears the jersey at times.

In “Social Justice and Ethics,” the book takes up the current controversy over players’ First Amendment rights and athletes’ using their prominent positions as a platform for speaking out on political and social issues.

“Teams walk a tightrope,” Rentner said, “over supporting their right to free speech while appeasing corporate sponsors and public opinion.”

Discussion topics are included at the end of each chapter, which challenge readers to take a stance on how the situations were dealt with: “Did they react correctly?” Rentner said. “We want to encourage critical thinking on these issues.”

Each chapter also contains a section on best practices.

“We present good PR practices that public relations practitioners can learn and apply in any organization or business,” Rentner said.

In the academic world, the material is relevant to a number of disciplines, from political science to sport management to business and student affairs. It would also be highly applicable to popular culture, media studies and sociology. Those skills and knowledge translate to any event or development that might occur, so the book will remain relevant, Rentner said.