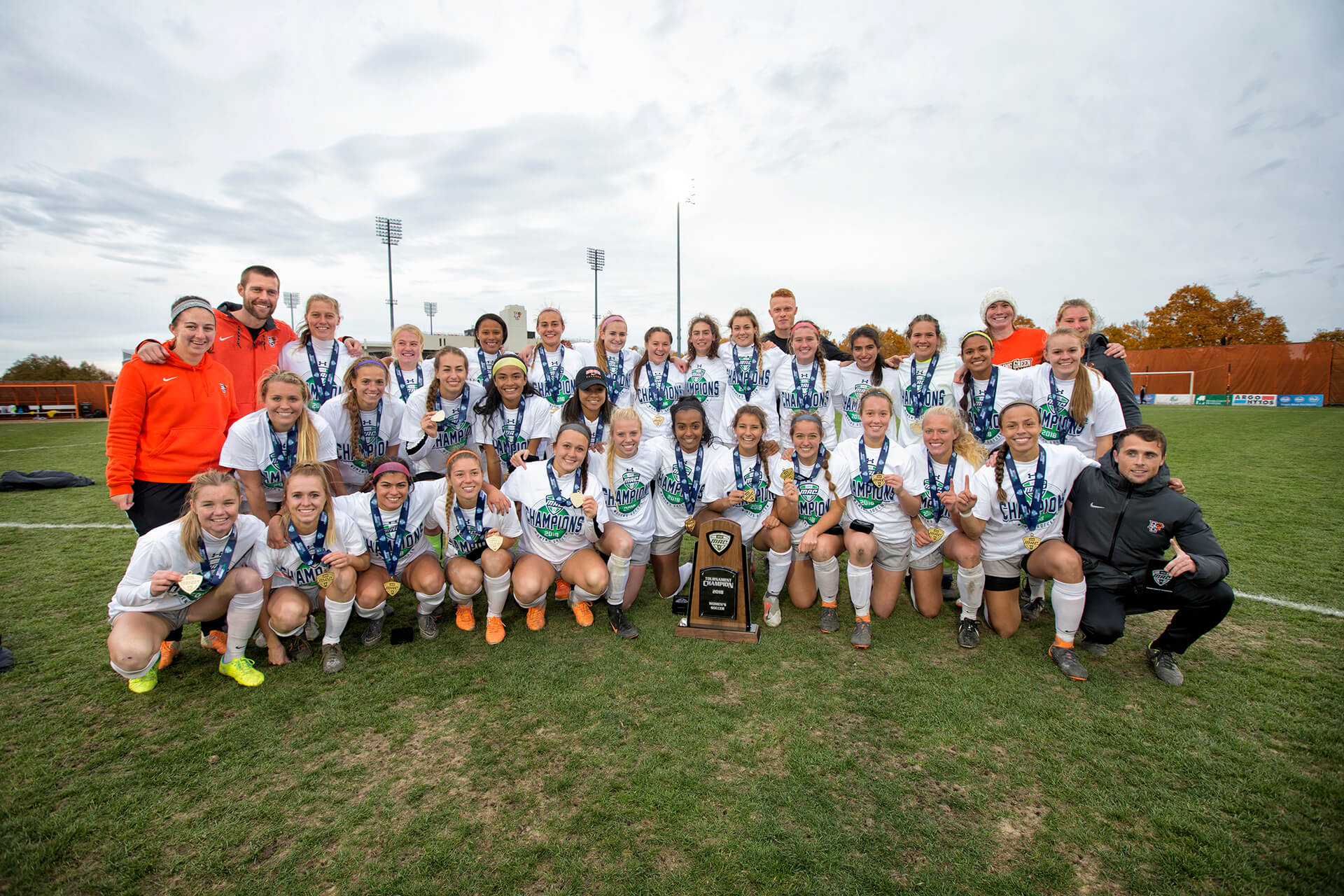 The Bowling Green State women’s soccer team qualified for the NCAA Tournament with a six-round shootout victory over Ball State University in the MAC championship match Sunday at Cochrane Stadium.

BGSU (15-4-2), the top seed in the Mid-American Conference Tournament, battled No. 2 seed Ball State to a 1-1 draw after regulation play, and the score remained the same after two overtime rounds.

In the sixth round of penalty kicks, Elisa Baeron kicked the game-winner, 5-4, as the Falcons advanced to the NCAA tournament for the first time since 2005. The Falcons will play Penn State University at 6 p.m. Friday (November 9) in the first round at Penn State's Jeffrey Field.

Maureen Kennedy’s penalty kick in the first half gave the Falcons a 1-0 lead over Ball State that would last until the second half.