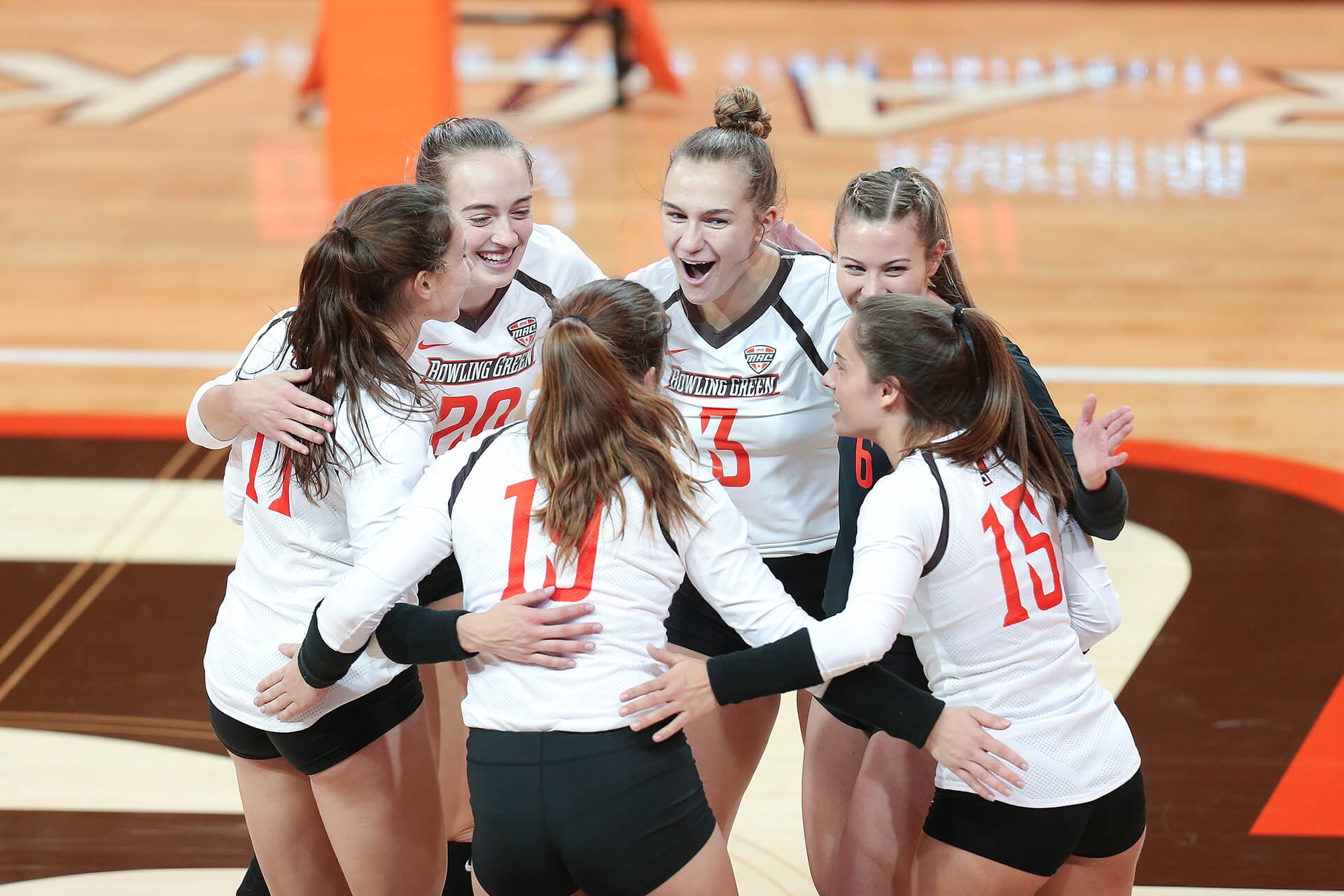 Fresh off of victories over Northern Illinois University and Miami University, Bowling Green State University Volleyball ascended to the top spot in the the Mid-American Conference standings.

The Falcons (17-10, 11-3 MAC) can clinch the MAC regular-season championship, along with the No. 1 seed in the MAC Tournament, if they defeat Ohio University at 7 p.m. Friday (November 9) and win at Kent State University at 5 p.m. Saturday (November 10). Both matchups will be streamed on ESPN+.

The Bobcats are currently fourth in the MAC East Division with a record of 7-7 in conference play and the Golden Flashes are 6-8 in the MAC.

Kallie Seimet continues to lead the NCAA in digs per set with an updated average of 6.67. The libero from Oregon, Ohio, has 647 digs this season, making her first in the NCAA total digs category. Seimet needs only 44 more digs to overtake Chelsey Meeks as the all-time digs leader at BGSU.

Isabelle Marciniak has put up 787 assists for her teammates this season. After playing in 88 sets this season, the setter is averaging 8.94 assists per set. Katelyn Meyer leads the Falcons in kills with 224. Madeline Brandewie (186), Katie Kidwell (179) and Isabel Kovacic (163) all trail closely behind. Katie Kidwell has been involved in 108 blocks. Kidwell is up to 18 solo blocks and 90 block assists this season.

After the regular season concludes, the Falcons will travel to Oxford, Ohio, for the MAC Tournament that will take place Nov. 15-18.