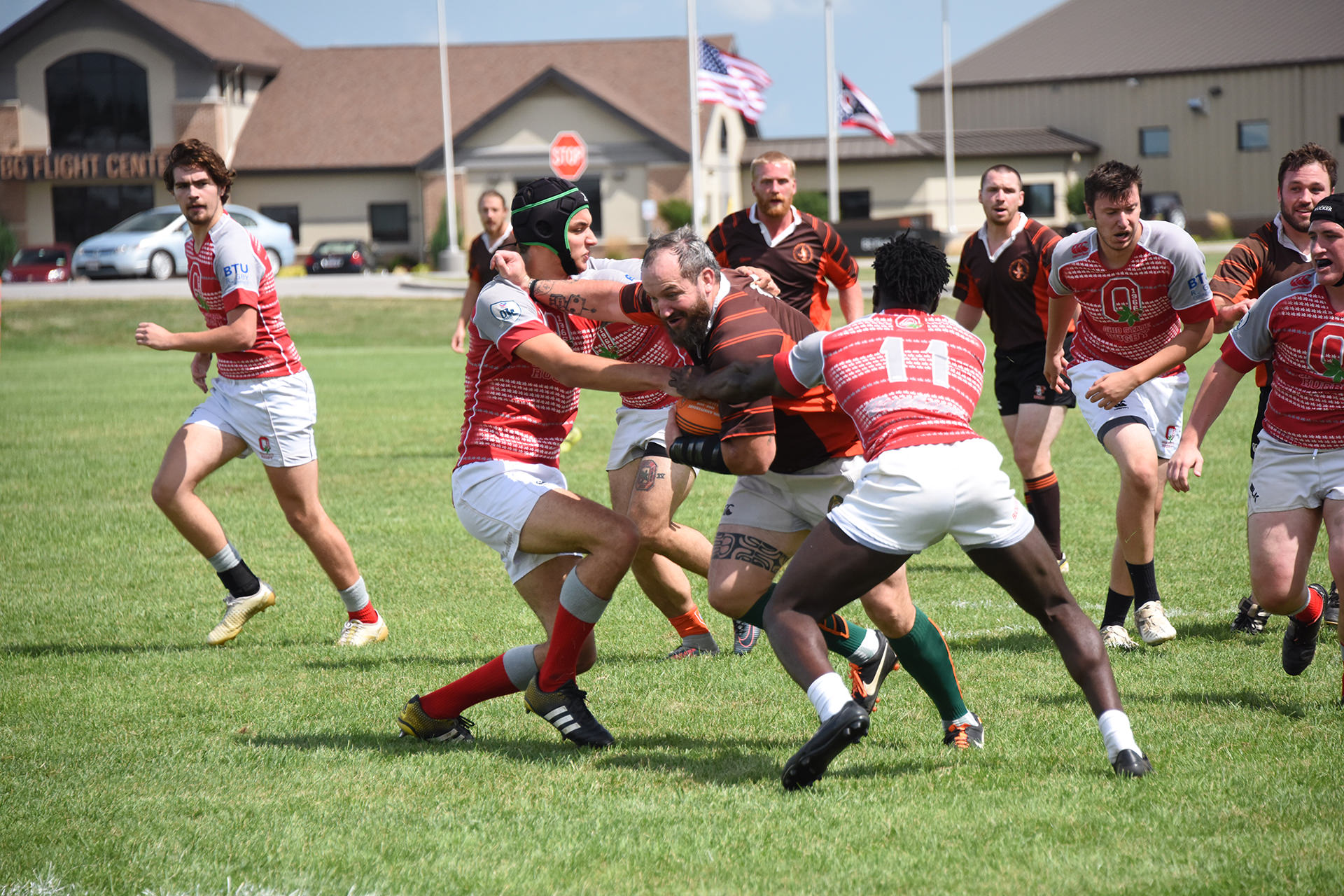 The Bowling Green State University Men’s Rugby Football Club is celebrating its 50th Anniversary this year. And there is, indeed, a remarkable record of achievement to celebrate that would be difficult to match in collegiate athletics at any level.

A reunion was held over Labor Day Weekend to commemorate the program’s unprecedented success.

“We began talking about what we wanted to do around two years ago,” said Roger Mazzarella ‘73, who serves as the club’s director and whose son, Tony, is head coach. “We put together a committee of current players and BGSU alumni that included Steve Devich ‘02, Joe Campisi ‘72, Mick Dwyer ‘73, Vince Staropoli ‘05, Greg Mayernik ‘79, Trent Szente ‘14, Dave McKee ‘92 and Steve Higgins ’72.”

The weekend included a golf outing, a cornhole tournament, a paintball competition and time at the city pool, along with a whole lot of rugby. The turnout exceeded high expectations when 337 alumni showed up for the festivities.

At the center of the weekend celebration was a series of games against Ohio State University, which was the first program that BGSU played 50 years ago.

In addition to the current teams battling it out, three alumni teams played in hard core, medium core and “old man walking” games at College Park Rugby Field, located at the corner of North College and Poe Road. While the Falcons won 5-3 in 1968, the current team fell 22-12 in a hard-fought game. BGSU’s alumni teams fared better, beating OSU 29-12 and 61-5.

As a further nod to its 50th Anniversary year, the club will be playing its "legacy" teams throughout the season. These are the clubs that also formed in 1968, which include Miami University, Kent State University and Hiram College. According to Tony Mazzarella, wins against MAC rivals Miami (at home on Oct. 27) and Cincinnati (away on Nov. 3) will earn the team a rematch against rival Western Michigan, which narrowly beat the Falcons earlier this month.

There’s one thing you can count on when it comes to the Bowling Green State University Men’s Rugby Football Club: The players and coaches are all in at all times. BGSU Rugby continues to demonstrate that love of the game, dedication and mental toughness can lift a club sport to compete successfully against some of the country’s top varsity programs.

Reflections on the 50th Anniversary Reunion

“I was incredibly humbled and appreciative to be inducted into the Bowling Green Rugby Hall of Fame during the 50th Anniversary weekend. Simply put, to know that I mean so much to BG Rugby, when BG Rugby has meant so much to me is indescribable.” – Chris Hopps ‘06

“I’m so glad we made the drive to BG to celebrate the 50th anniversary of BGSU Rugby. I am not even a player, but I love this program. Dan's (Hayes ‘97) crew welcomed me into their team family over 23 years ago as a junior in college. Rugby really is about the family you choose. A huge shout out to Tony and Roger Mazzarella for their dedication to the program, as well as their advice for our own local high school program and their friendship.” – Suzanne Lanfear Hayes ‘97

“I don't know about everyone else, but I woke up the day of the game feeling 30 pounds lighter, 20 percent faster and able to jump a foot higher!” – Tyler Long ‘05

“I especially want to call out two alumni who helped make the weekend the special event that it was — Steve Devich ‘02 and Dallas Black ‘89. Dallas donated a hog to the cookout after the matches and spent the entire day babysitting its cooking. And Steve's computer expertise was an immense help keeping everything from reservations to merchandise orders on track.” – Roger Mazzarella ‘73