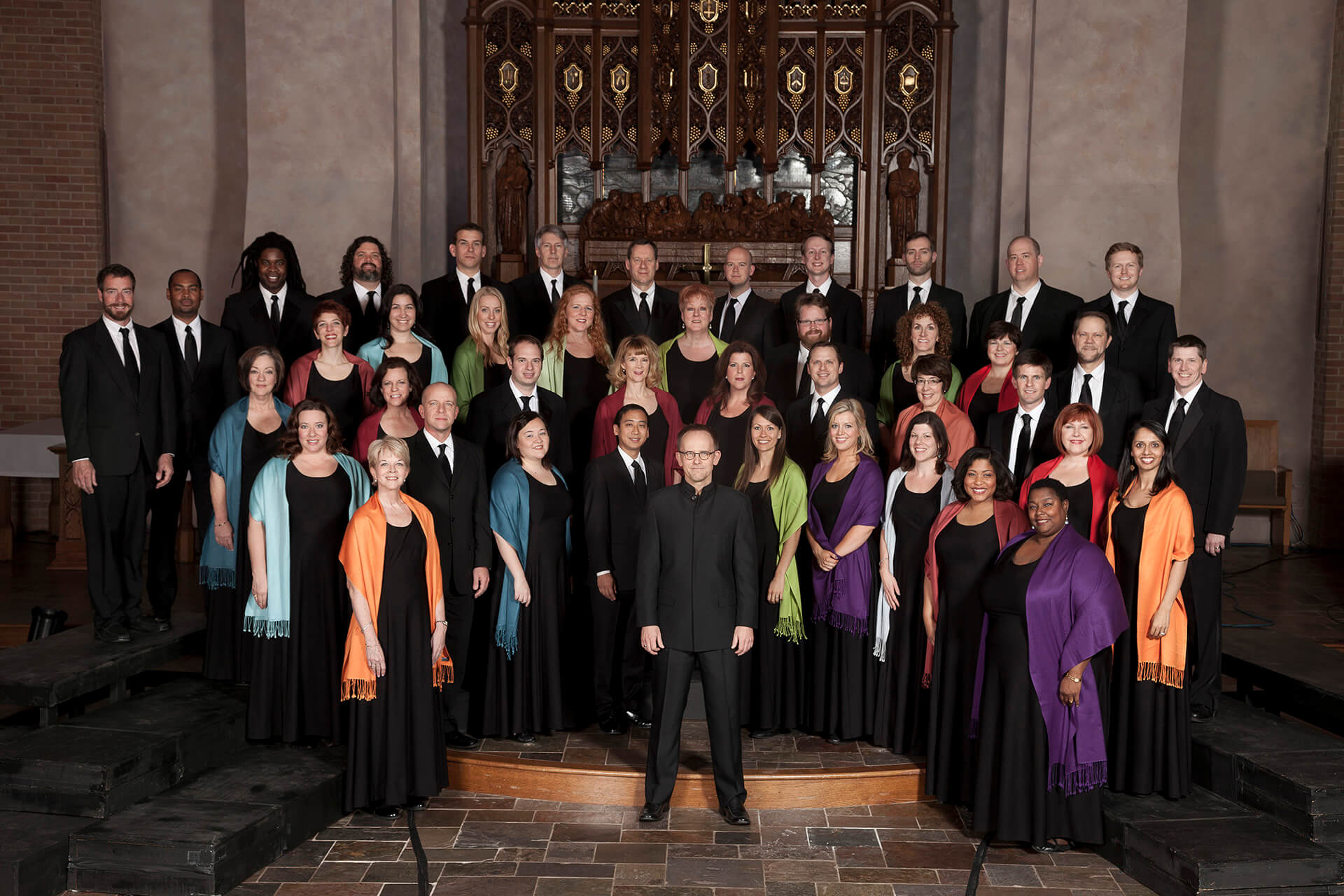 The image of young Matthew Shepard, attacked and left to die alone in a Wyoming field because of his sexual orientation, is a horrific reminder of what intolerance, fear and hatred can wreak.

But from his 1998 death have come important national conversations and now, a choral work that explores not only Shepard’s death but also his life and legacy. The award-winning choir Conspirare will perform conductor and composer Craig Hella Johnson’s evocative and compassionate “Considering Matthew Shepard” at Bowling Green State University on September 17. Guest choirs from the University of Toledo and area high schools will join BGSU choirs as part of the performance.

The concert will be the centerpiece of a series of engaging campus and community events in the choir’s two-day residency at the University, which is supported by the Helen McMaster Endowed Professorship in Vocal and Choral Studies. The 7 p.m. Sept. 17 concert takes place in Kobacker Hall at the Moore Musical Arts Center. It will be followed by a talk-back session from 9-9:30 p.m. in Bryan Recital Hall with Johnson and other panelists.

Admission is free for all BGSU faculty, staff and students with ID at the door. Advance tickets for community members are $7 for adults and $3 for students and children. All tickets are $10 the day of the performance. Call the BGSU Arts Box Office at 419-372-8171 or purchase online at www.bgsu.edu/arts.

Conspirare is considered today’s leading choir; they and their conductor, Johnson, have each won Grammy awards. “Considering Matthew Shepard” debuted at number four on Billboard’s Traditional Classical Chart and has also been nominated for a Grammy.

“Considering Matthew Shepard” transports listeners through a tapestry of musical textures and idioms in a poignant concert experience inspiring hope, compassion and empowerment. The Washington Post called the three-part oratorio “powerfully cathartic,” and wrote, “Like Bach’s large-scale choral works, this spellbinding piece draws on many styles masterfully juxtaposed, though Johnson’s sources are the American vernacular. A Prologue, Passion and Epilogue … combine spoken text, cowboy song, American hymnody and popular song, spirituals, jazz and dazzling polyphony, all woven into a seamless tapestry. The impact is immediate, profound and, at times, overwhelming.”

“Aside from the important topic of the piece and the inspirational message that it will bring, students and members of the community will hear in live performance one of the world’s leading choral ensembles,” said Dr. Mark Munson, BGSU director of choral activities. “Having a group of this caliber on campus offers our music students a model of excellence to which they can aspire. Hearing superb performances helps our students establish goals for their own music making, which is why it is important for them to spend time listening to the finest performances that they can.”

"Transports listeners through a tapestry of musical textures and idioms in a poignant concert experience inspiring hope, compassion and empowerment."

The choir will engage across campus during their visit, including discussions and a master class. On Sept. 17, members will visit an Introduction to Women’s Studies class to discuss the performance and a range of gender and sexuality topics. They will also have lunch with faculty and student leaders and discuss how the arts can address diversity and inclusion.

On Sept. 18, Johnson will visit a 9:30 a.m. choral repertoire class to lead a discussion on programming ideas. He will also hold a conducting workshop that day.

Also Sept. 18, Conspirare technical director Ron Caspers will visit a 1 p.m. Gay and Lesbian Literature and Criticism class. Speaking from his extensive theater background, he will talk about the various ways Shepard’s story has been shared in literature and the creative arts.

In preparation for Conspirare’s residency, the Multicultural Dialogue Series will address the issues raised by Shepard’s life and death. Led by Katherine Stygles, assistant director for diversity education and LGBTQ programs, the discussion will take place from 5-6:30 p.m. Sept. 10 in 427 Bowen-Thompson Student Union.

In addition, a screening of a PBS special on “Considering Matthew Shepard” will be held at 3 p.m. Sept. 16 in Bryan Recital Hall.

Helen and the late Harold McMaster established the endowed professorship in spring 2000. Helen McMaster, a longtime Perrysburg resident, has supported the arts at BGSU for many years. In 1992 she served as honorary chair of BGSU’s Campaign of the Arts, to which the McMasters donated $150,000. Past recipients of the endowed professorship have included Marilyn Horne, Dawn Upshaw, The Thirteen and Samuel Ramey.