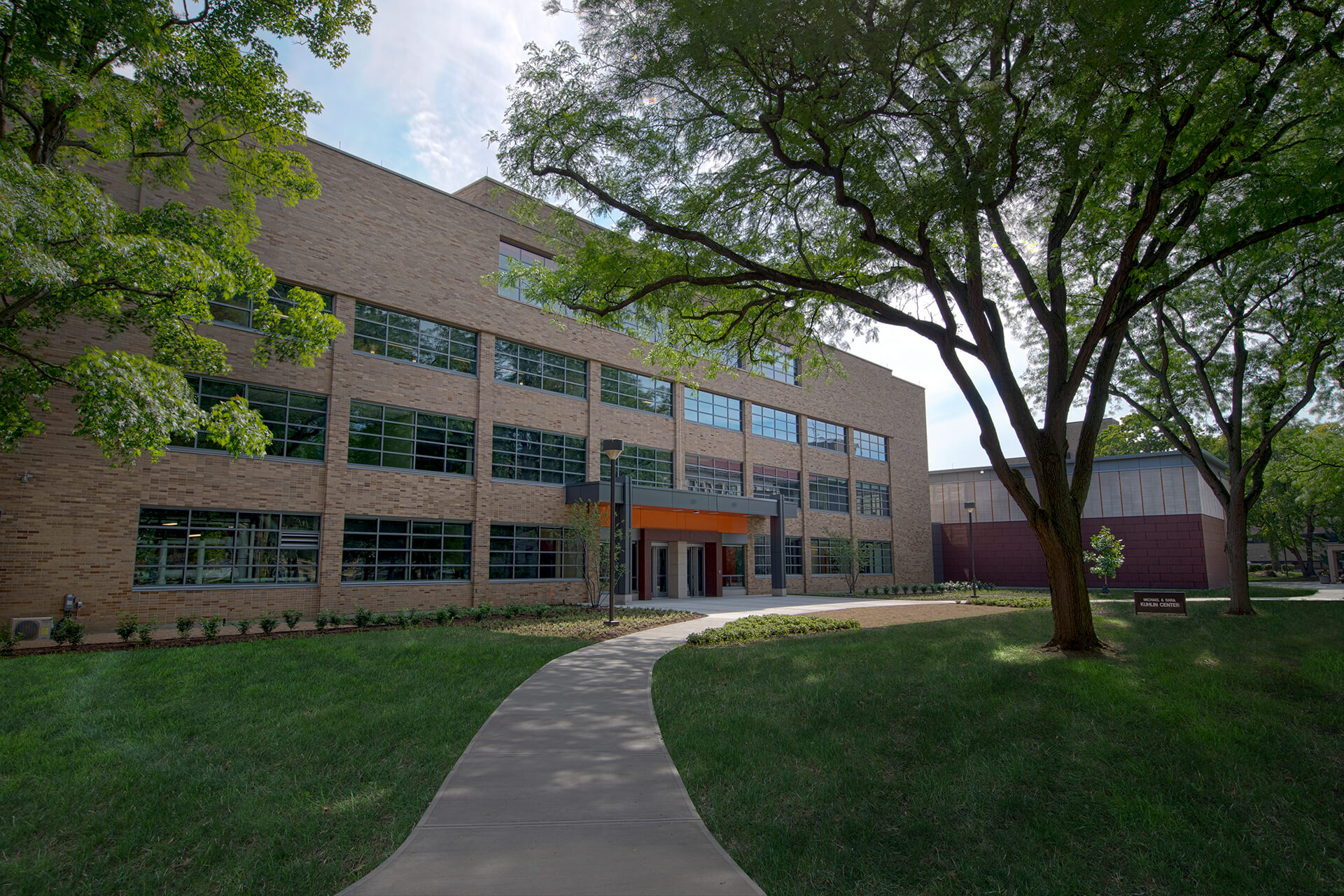 The Michael & Sara Kuhlin Center, home of Bowling Green State University’s School of Media and Communication, has been selected as a recipient of the Outstanding Design for Renovation/Modernization award by American School & University magazine.

Reopened in 2016, the building formerly known as South Hall underwent a complete renovation, including the addition of a wing to the west side of the previous building. The center includes a media convergence lab, active-learning classrooms, video and audio production suites, a media effects lab, and lecture spaces with studio control rooms. This dual purpose allows production and teaching to occur simultaneously.

In the award notification, the Kuhlin Center was called a “rare-for-Ohio example of international-style architecture.” The notification went on to say, “this adaptive reuse is a lesson in sustainability and effective shepherding of financial resources.”

The School of Media and Communication includes the communication, journalism and public relations, and media production and studies departments. In addition to undergraduate programs in those areas, the school also has master’s and doctoral programs in media and communication.

The renovation was made possible by the financial support of Michael and Sara Kuhlin, who both attended BGSU: Sara from 1967 to 1969 and Mike from 1964 to 1968. Mike Kuhlin was actively involved in student organizations on campus, which led him to being selected as BGSU’s Outstanding Greek Man in 1968; he was also a member of the Omicron Delta Kappa national leadership honor society.

Both also worked at the University. Sara was employed in the Administration Building and the office of Financial Aid. Mike worked in the Office of the Dean of Students as a residence hall director and was an assistant director in the Office of Career Planning and Placement. They married in Prout Chapel. Their 42 years together included many trips back to campus before Sara passed away in 2013.

The Kuhlin Center is also designated as a Leadership in Energy and Environmental Design (LEED) project.