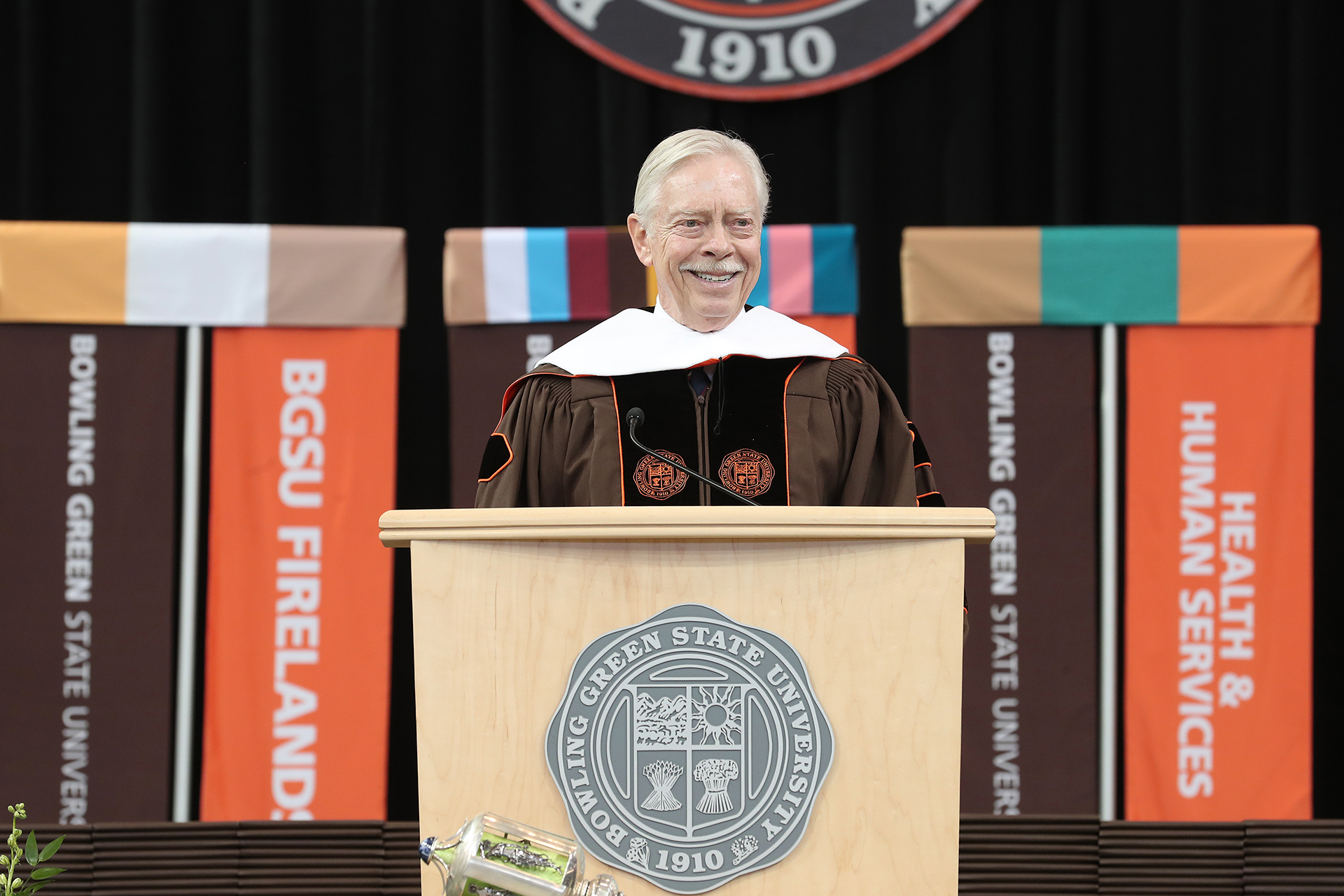 Along with the undergraduate and graduate degrees presented at Bowling Green State University’s December commencement ceremonies, the University chose to bestow an honorary degree upon one of its distinguished alumni, C. Raymond Marvin of McLean, Virginia. His honorary doctorate of liberal arts recognizes his leadership in business and as a community member and his encouragement of those attributes in young people.

In 2010, he created the Ray Marvin Leadership Summit, a yearly program through BGSU’s Center for Leadership to recognize and reward students for their leadership and contributions during an academic year. Marvin has been a strong supporter of his alma mater during his prominent career in law and business.

“I appreciate the many opportunities BGSU offered me to be involved, both academically and in co-curricular activities,” Marvin said. “It prepared me well to be able to succeed in a variety of settings, and I’m honored to be recognized now by my alma mater.”

After earning a law degree from the University of Michigan in 1963, he served as a captain in the Air Force and as a Judge Advocate. Thereafter he entered private practice in Cleveland before being named assistant attorney general of Ohio. He became the assistant director of the Bureau of Competition for the Federal Trade Commission in Washington, D.C, and from 1975-86, served as founding executive director and general counsel of the National Association of Attorneys General, in Washington.

In the late 1980s, Marvin transitioned from law into business ventures in the communications industry, where he became known as a visionary and entrepreneur in software and telecommunications. As founder, president and owner of Access Teleconferencing, he led a disruption of the teleconferencing industry, with the company being recognized as an INC. 500 awardee and subsequently being sold to a company rolling up independent companies to take it public and list it on NASDAQ.

Marvin is also the former chairman of Update Software, which offered content-management tools designed for nontechnical users, and the founder, president and CEO of Connect-us Conferencing Communications in Reston, Virginia, which was acquired by Premiere Global Conferencing of Atlanta. He is a former minority partner in iCore Networks, also in the Washington area, which has since been acquired by Vonage.

In addition to his business dealings and his service on the boards of directors of numerous national and international companies, Marvin is also committed to the community. He has served on the boards of several nonprofit organizations such as the international ministry On Beads of Prayer, and as a two-term member of the governing board of the Washington National Cathedral, and two-term president of the Science of Mind Foundation. He is also a member of the National Advisory Board of the National Museum of Women in the Arts.