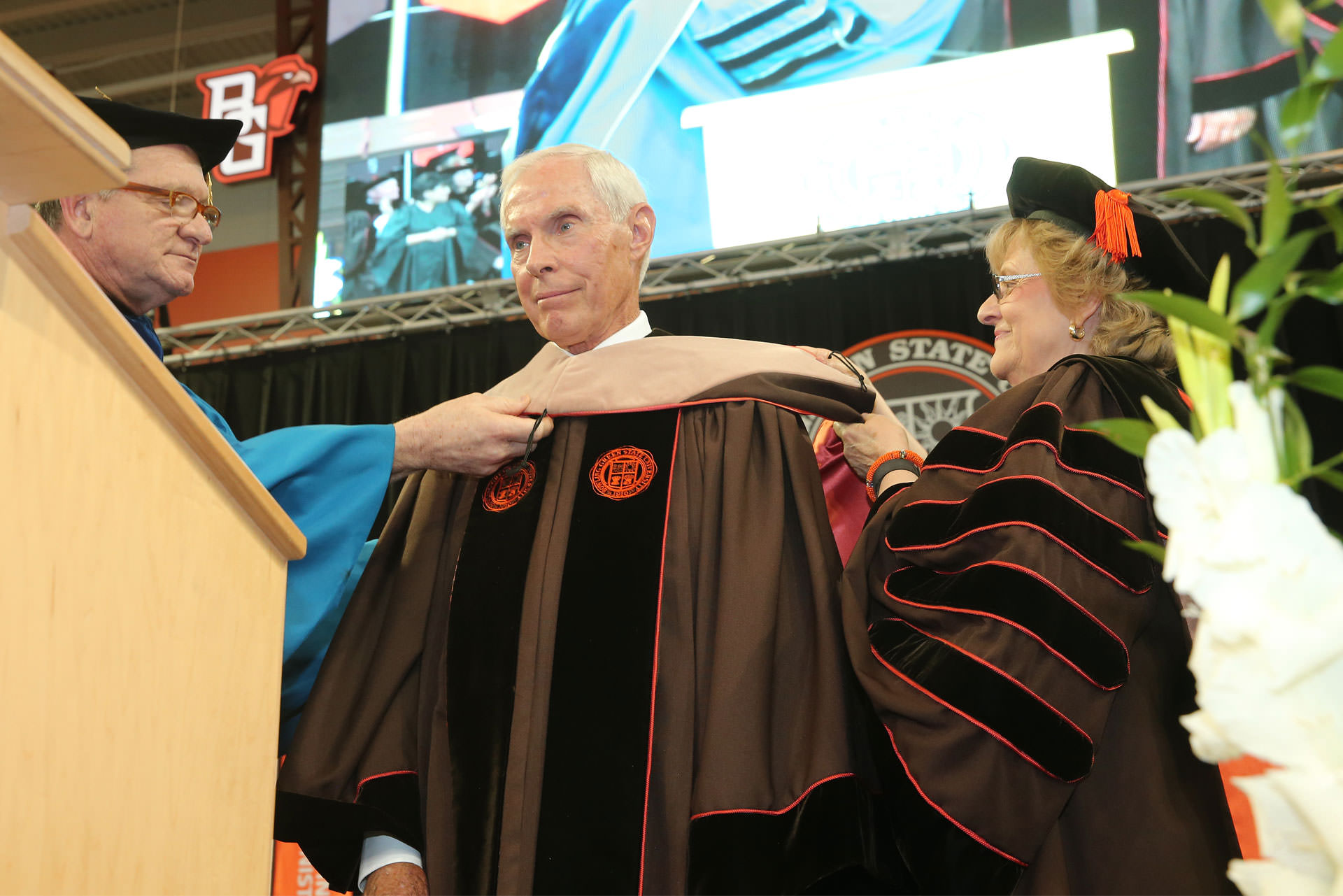 David Winstanley first made his mark in chemistry, but it was real estate where he realized his dream of developing more than 100 properties in New England.

Right after graduation, Winstanley married his Falcon Flame, Barbara Bradle, who previously had earned her degree in art education.

Winstanley was hired by Nalco Chemical Co. in the Chicago area and almost immediately he and Barbara were transferred from to New England. After five successful years in the chemical industry, Winstanley found himself longing to explore opportunities where he might have greater autonomy and independence in spite of the risks.

While maintaining his position as top sales producer at Nalco, Winstanley studied the local commercial real estate market potential and developed a business plan for starting his own real estate company.

In 1973, he resigned from Nalco to follow his dream. Winstanley’s business objective was to further study the commercial real estate industry as a broker, first with the hope of getting into real estate ownership within the next five years.

In 1977, his dream was realized. With the help of a partnership between Winstanley and a local builder, Winstanley Associates broke ground on its first real estate project for a growing bio-tech company. This was the first of many such building projects. Simultaneously, the computer industry in New England had started to grow, and Winstanley was fortunate to be in the right location at the right time — this business cycle lasted about 12 years.

In 1990, he sold Winstanley Associates, and he started a new real estate development company called Winstanley Enterprises with his oldest son, Adam. Within two years, he and Adam were joined by their younger son and brother, Carter. Together they have established a significant family business that has impacted the New England Area Development; they have expanded into apartments, retail, office buildings, warehouses, industrial properties, as well as unimproved land development with a special emphasis in value-add transactions.

During his 44 years in real estate, Winstanley has acquired, developed and redeveloped more than 100 properties, representing in excess of 20 million square feet of buildings. In addition, he has also planned and developed 3,500 acres of unimproved land for a multitude of uses. In spite of the odds, David has reached his dream as an entrepreneur, dreamer and businessman.