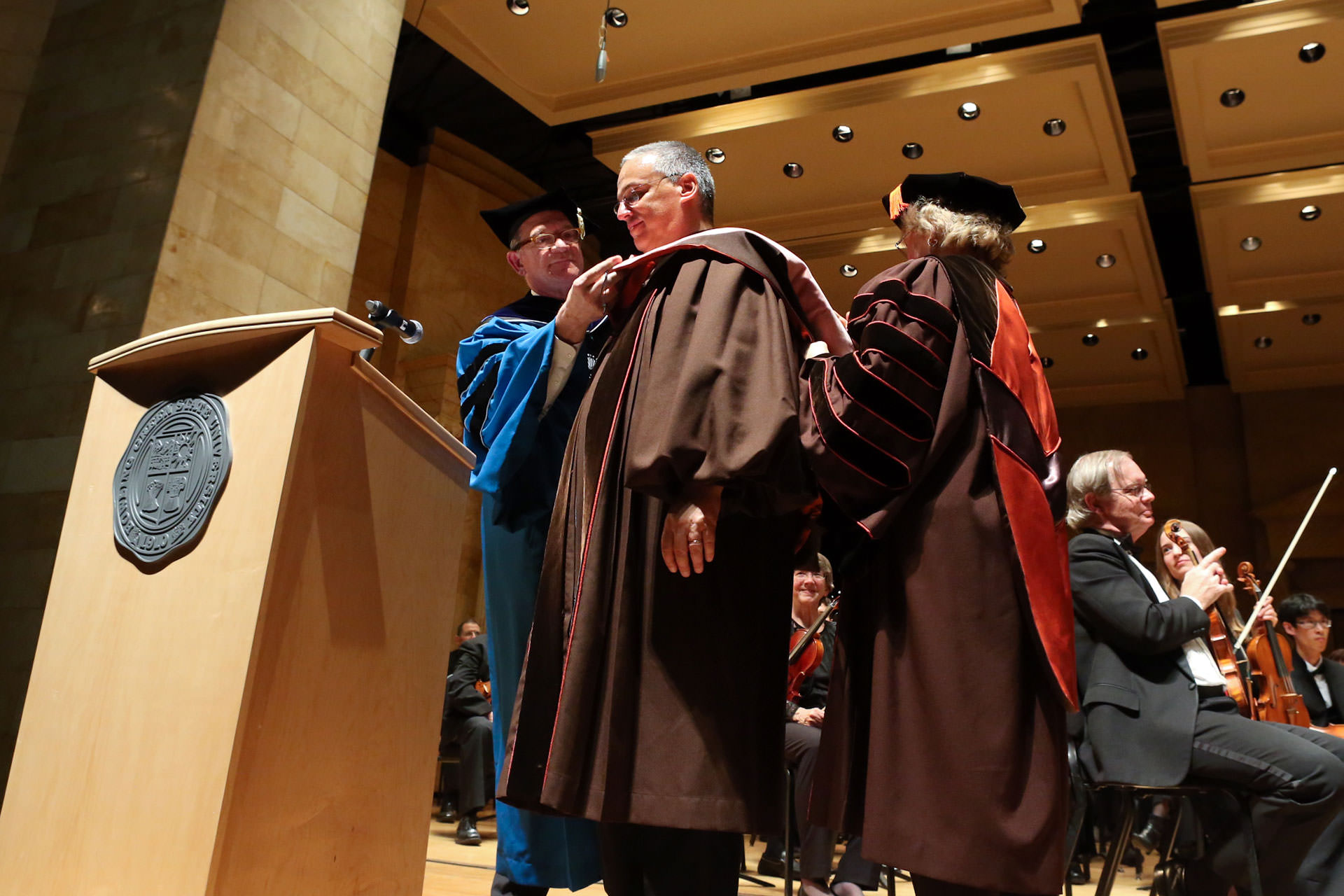 A legacy of musical leadership

For the past 15 years, conductor Stefan Sanderling has brought engaging, educational and innovative symphonic programming to audiences in northwest Ohio. He has also raised the profile of the Toledo Symphony Orchestra (TSO) nationally and internationally. Throughout his career, he has maintained an active schedule as a guest conductor, from Japan to Europe and across the United States.

As his tenure as principal conductor and music adviser to the orchestra comes to a close, Bowling Green State University honored the maestro with the presentation of an honorary doctorate of musical arts. A delegation from the University presented Sanderling the degree at one of his last performances with the symphony, on April 28 in the Toledo Museum of Art Peristyle.

Sanderling now serves as chief conductor of the Symphony Orchestra of the Principality of Liechtenstein.

“Maestro Stefan Sanderling has distinguished himself as a powerful force for the arts in our region,” said Dr. William Mathis, dean of the College of Musical Arts (CMA).

Sanderling encouraged collaboration between the symphony and the College of Musical Arts, inviting CMA students to join the symphony for particular performances; University student and community choruses performed with the symphony on numerous occasions. The symphony also comes to BGSU annually for readings of BGSU composition majors’ works, providing valuable experience and feedback to the student composers. BGSU is well represented in the makeup of the symphony itself, with several graduates and current faculty members among its members. 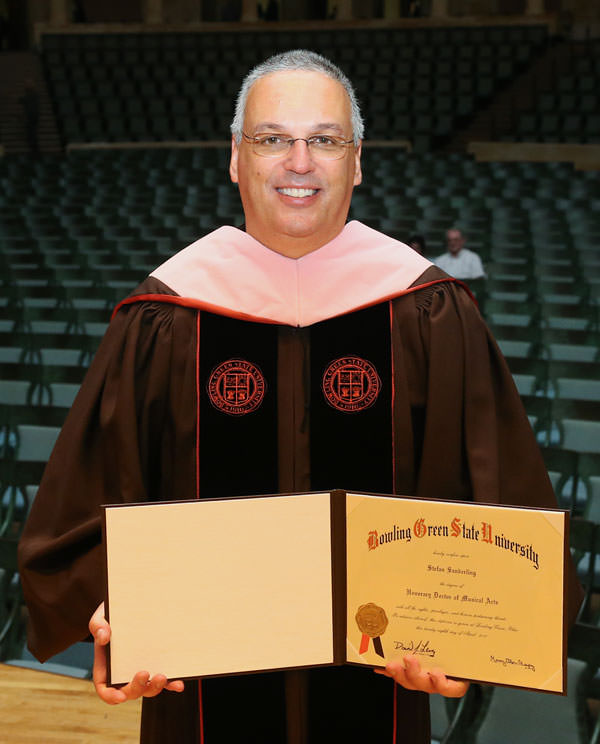 “Sanderling prizes broad community engagement and offered creative programming across the Toledo Symphony offerings to produce festivals featuring works by Chopin, Mozart and Bach,” said Katherine Carroll, former TSO president and CEO. “He scheduled a performance of Shostakovich’s Fifth Symphony as a 9/11 memorial and invited a student chorus of 1,200 to join the orchestra at the Huntington Center for the TSO 70th anniversary offering of Beethoven’s Symphony Number 9. He also has welcomed the amateur music community to join the musicians of the TSO for the annual ‘ProAm’ performance.”

Even more important than the stellar performances, awards and honors, Sanderling has carefully developed the orchestra itself, Carroll said, greatly raising its performance level.

Sanderling has strengthened the symphony in other ways as well. He inspired the establishment of the Edward H. Schmidt Fund for the Musical Arts to support composition and archival recordings of the catalog of TSO performances. The “Concerto for Orchestra Op. 81” by Lowell Liebermann was commissioned by the fund and performed in 2002.

Sanderling has put the TSO in the national spotlight, notably through its appearance in Carnegie Hall for the inaugural Spring for Music Series in 2011, drawing a record number of patrons from northwest Ohio, a fact remarked upon by the New York Times.

“He has been able to build an enviable reputation for the Toledo Symphony and has showcased works by outstanding American as well as international contemporary composers,” said composer Samuel Adler, professor emeritus of the Eastman School of Music and the Juilliard School.

“His artistic leadership has brought a breadth and depth to cultural experiences in the area that few others have achieved,” said Dr. Emily Freeman Brown, professor of excellence in the arts and director of orchestral activities at BGSU. “He has developed innovative programming at the Toledo Peristyle that included unusual staged performances of works by composers like Igor Stravinsky and others.”

As conductor of the Toledo Symphony, Sanderling led an ambitious project to perform all of the symphonies of the Austrian composer Anton Bruckner over 11 years in Toledo’s Queen of the Holy Rosary Cathedral.

His longstanding commitment to the works of Bruckner earned him the 2012 Kilenyi Medal of the American Bruckner Society. He was also honored in 2013 at the National Singers and Musicians Conference of Arts Education.

Born in 1964 in the former East Berlin into a musical family, Sanderling’s father, Kurt, was chief conductor of the Berlin Symphony Orchestra. His mother, Barbara, played double bass in the Berlin Symphony and later was head of the strings department at the Academy of Music in Berlin. Stefan Sanderling conducted his first professional concert in 1987. He officially left the German Democratic Republic in 1989 and came to the United States, where he guest-conducted, and also continued to study conducting, at the University of Southern California Los Angeles. From 2002-12, he was principal conductor of the Florida Orchestra.