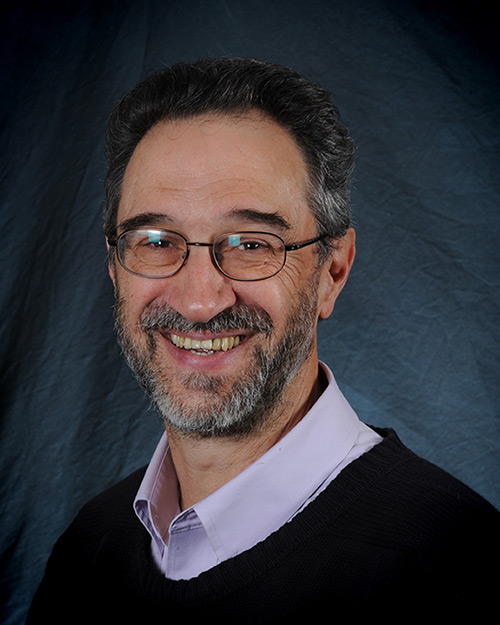 Dr. Howard Aldrich didn’t let lack of experience stop him from trying new things at BGSU. But as he told the University’s newest graduates Dec. 19, he learned some valuable lessons along the way.

Aldrich received an honorary Doctor of Social Sciences degree and served as the commencement speaker for the ceremony honoring the graduates from the Colleges of Arts and Sciences and Education and Human Development. He received his Bachelor of Arts in Sociology from BGSU in 1965, and a master’s and Ph.D. in sociology from the University of Michigan. He is currently the Kenan Professor of Sociology and an adjunct professor of business at the University of North Carolina at Chapel Hill.

His main research interests are entrepreneurship, entrepreneurial team formation, gender and entrepreneurship, and evolutionary theory. He has won numerous awards for his teaching and mentoring, including the Favorite Professor Award from the senior class at the University of North Carolina at Chapel Hill.

You could say the Aldrich family has orange and brown in their blood.

“There were cousins before me, and then three brothers and a sister after me. Several years after I graduated, my mother earned her master’s in education here and, of course, I met my wife here. Thus, I have much to be thankful for with regard to Bowling Green’s contributions to my life.”

Aldrich implored the new graduates to “start before you are ready,” and said that while he was a student he made lots of mistakes, but also gained a lot of knowledge by “learning by doing.”

He came to BGSU from a small town with just 43 students in its graduating class, and his first day on campus was certainly a memorable one.

“I’d never been in a crowd of so many people. Walking across campus, I felt as if I were an extra in a 'Lord of the Rings' battle scene,” he explained. “Yes, indeed, I felt intimidated. In classes, I tried to sit in the front row because then I wasn’t so conscious of how many people would hear me when I spoke. To my surprise, I discovered that professors quickly learned my name. Over the next four years, I sought out those professors who had an open door policy and gained enormously from their generosity.”

A volunteer job at the campus yearbook also provided some tough lessons when he realized the photographer position he signed up for was a bit more involved than what he did in high school. After learning the basics of a 35mm, manual camera, he headed to his first assignment—a BGSU football game.

“In a little over two hours, I shot six rolls of expensive 35mm film, producing several hundred pictures. I then had to develop the film, using costly non-recyclable chemicals in our darkroom, and then I showed the developed negatives to the photo editor. He, stunned at the expense, told the yearbook advisor. When the advisor found out, he was apoplectic! After being told the basic economics involved in producing a college yearbook, I was reassigned to tasks where they could keep a closer eye on me. From that humbling experience came another valuable lesson: if you start before you’re ready, be sure someone with more experience explains to you when you should stop.”

Music was also one of his loves, but even after years of grandmotherly instruction, he was never able to read it. He joined the University chorus anyway his freshman year after being told that in a group of hundreds of voices, his lack of skills wouldn’t be noticed. But, he wanted to do more and in his sophomore year auditioned for the a cappella choir. The director admired his ambition and said he could join as long as he took a special tutorial class to improve his music reading skills.

“Although the tutorial helped, listening closely to my colleagues in the choir was what made it possible for me to have some of the most memorable experiences of my life, including an amazing performance of ‘Carmina Burana’ in the old Anderson Arena. We simultaneously raised the roof and brought down the house! I had begun the a cappella choir before I was ready, but I managed to stay in tune and enjoy great performances because I’d learned to identify and learn from the best people around me.”

Aldrich said while he tackled some activities too soon, waiting until he felt truly ready would have deprived him of some valuable experiences.

“By challenging myself, I found I could adapt and find creative solutions to difficult situations. I just had to be willing to begin before I was ready. And that has been my motto ever since