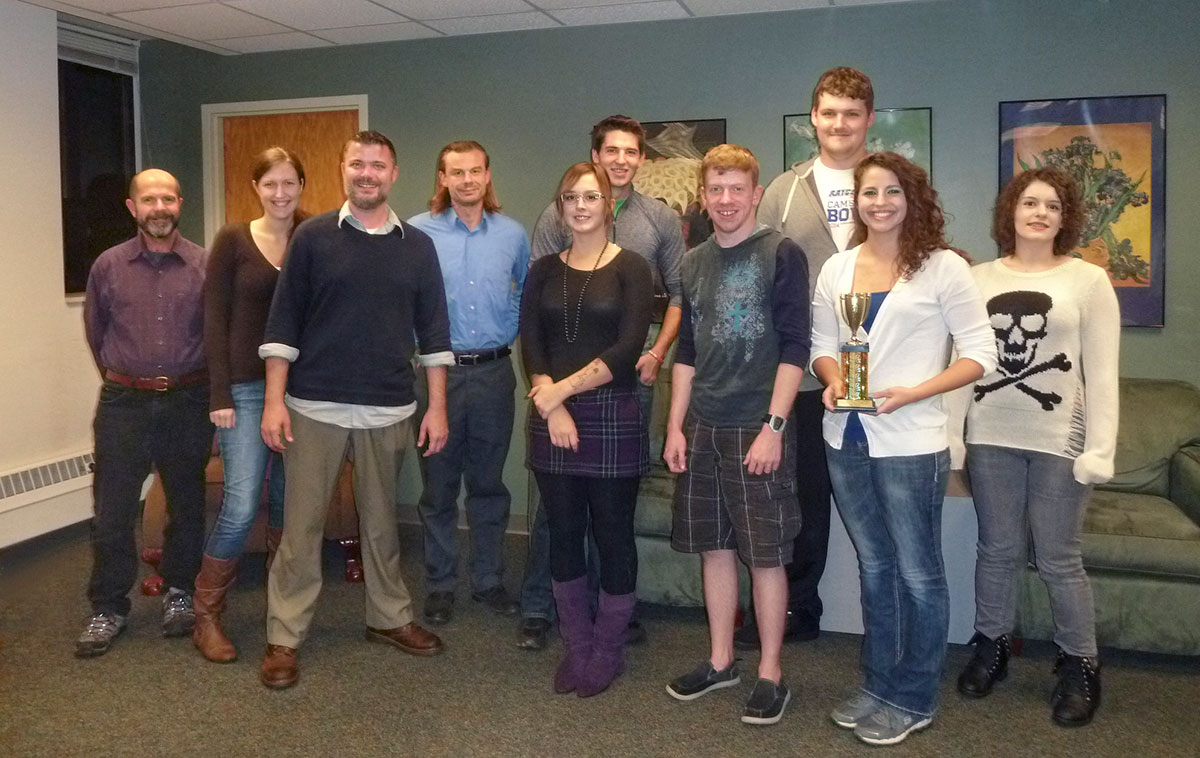 Each team had four matches. The first BGSU team ended 2-2, with the two losses on close split decisions, but members Ben Dobler, Tabitha Holowka and Quazi Hussain also earned the upset of the tournament, handing a Ripon University squad its first and only defeat in two years at the competition.

BGSU’s second team, composed solely of Ethics Bowl rookies, won its first three matches and was the only undefeated team going into the fourth and final round. They lost that one however, also on a close split decision, by one point (“a result that astonished the other team, who openly insisted that Bowling Green was done an injustice!” noted co-coach Dr. Ian Young, philosophy).

Undergraduates Dalton Chapman, Caleb Nicholas, Elaine Souder and Ashley Van Order ultimately finished with the equal best record in the tournament (3-1), along with other teams who also finished with that mark.

“When the dust settled and tie-breakers were applied, our second squad was awarded third place and a trip to the national championships, which will be held in conjunction with the Association for Practical and Professional Ethics annual meeting in Reston, Va., in February 2016,” Young said.

Along the way, the BG teams earned victories over the University of Michigan, Illinois Wesleyan, Northeastern Illinois, Ripon College and Illinois Tech.

The students debated such thorny issues as whether police officers should be given more extensive due process rights than ordinary members of the public; if business owners who believe homosexuality is a sin are within their rights to refuse service to homosexuals; and whether people should be permitted to hold public events that could be considered inflammatory and provocative to segments of the population.

Dr. Christian Coons, philosophy, is co-coach along with Young, assisted by graduate students Katie Duncan and Ryan Fischbeck. Accompanying the teams to the competition was Dr. Molly Gardner, philosophy.