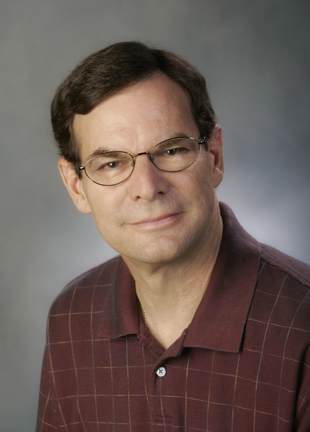 Dr. Kenneth Pargament, professor emeritus of psychology, was presented the 2015 Distinguished Service Award on June 6 by the Association of Professional Chaplains (APC) during the organization’s annual conference, In Louisville, KY.

“This annual award is presented to an individual or organization that has made significant contributions in promoting standards of professional chaplaincy or in the advancement of clinical chaplaincy,” according to the APC.

Pargament, who retired from BGSU this spring, is well known for his research on spirituality and health, and has been a leading figure in the effort to bring a more balanced view of religious life to the attention of social scientists and health professionals.

“Dr. Pargament has developed an important and impressive body of research and theory about religious/spiritual coping, which has helped advance the chaplaincy profession,” the APC said.

Pargament has published over 250 articles on religion and mental health. He is author of “The Psychology of Religion and Coping: Theory, Research, Practice” and “Spiritually Integrated Psychotherapy: Understanding and Addressing the Sacred.” He is editor-in-chief of the American Psychological Association’s recently published two-volume “APA Handbook of Psychology, Religion and Spirituality.” In addition, he has consulted with several foundations, the National Institutes of Health, the United States Army, the World Health Organization and the John Templeton Foundation. Pargament was Distinguished Scholar at the Institute for Spirituality and Health at the Texas Medical Center. He has received numerous awards and honors in recognition of his research and practical efforts to understand and enhance the links between religion and mental health.

APC is a multi-faith nonprofit organization of chaplaincy care providers endorsed by faith groups to serve persons in need, respecting their individual cultures, identities and beliefs, in diverse settings throughout the world.