BOWLING GREEN, O—Dr. Dwayne Gremler joined the Bowling Green State University College of Business Administration as an associate professor in 2000, charged with developing the marketing department’s emphasis in services marketing. He “hit the ground running” and has not stopped since, raising BGSU’s profile nationally and internationally, helping students prepare for careers in a growing area, and in the process becoming a sought-after expert teacher and lecturer on the subject. BGSU is now one of the few schools in the U.S. with a dedicated specialization in sales and services marketing. 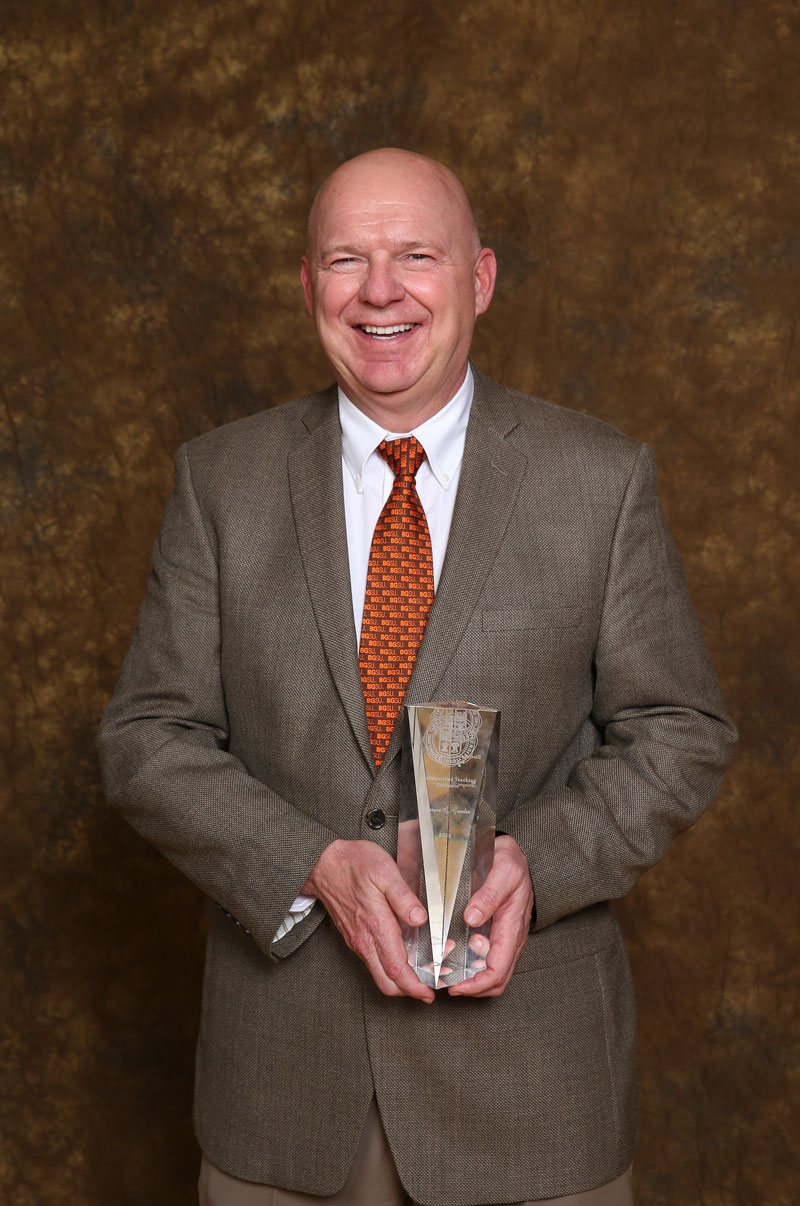 In recognition of his contributions and accomplishments, Gremler was named Distinguished Teaching Professor by the BGSU Board of Trustees at its February meeting. He was further honored at the annual Faculty Excellence Awards on April 14.

With his distinctive classroom style that combines active learning with thought-provoking essay questions, Gremler takes care that each student gains a firm grasp of the topic, even offering them a “money-back guarantee” on his teaching. His students have given their approval: in addition to high evaluations, he received the Alumni Undergraduate Teaching Award from the BGSU College of Business.

He encourages students to present at services-marketing events, and developed the first and only services marketing competition in the country, hosted by BGSU’s Service Marketing Institute in 2014, with participants from schools around the country.

The BGSU Servicescape Design course he created is the only class of its kind offered in any U.S. business school. He also teaches graduate courses for the master of business administration and accountancy programs along with undergraduate marketing classes.

In addition, he has created and taught courses and seminars at universities in Belgium, Germany, Switzerland and Spain and the Netherlands, where he was also a Fulbright Scholar at the Maastricht University School of Business in the Netherlands, all of which presented him teaching awards. He has also given 20 invited teaching presentations throughout the United States.

As a researcher, among his numerous publications are 34 refereed journal articles, three textbooks and five book chapters.

He has been recognized many times for his teaching and scholarship, including the 2014 Christopher Lovelock Career Contribution Award from the American Marketing Association’s Services Marketing Special Interest Group, and national teaching awards from the Marketing Management Association, in 2011, and from the Academy of Marketing Sciences, in 2009.

He received a bachelor’s degree in mathematics in 1980, a master of business administration in 1990, and a doctorate in marketing in 1995, all from Arizona State University. Before coming to Bowling Green, Gremler taught at the University of Idaho. At BGSU, Gremler was granted tenure in 2003 and promoted to full professor in 2007.