BOWLING GREEN, O.—Dr. Daniel Brahier’s passion for teaching math and for preparing the next generation of math teachers has earned him the title Professor of Teaching Excellence, designated for Bowling Green State University faculty members who hold the rank of full professor and whose extraordinary achievements as effective teachers in their discipline or in interdisciplinary fields deserve special recognition. Brahier will hold the title for three years. The honor was conferred at the 2015 Faculty Excellence Awards on April 14. 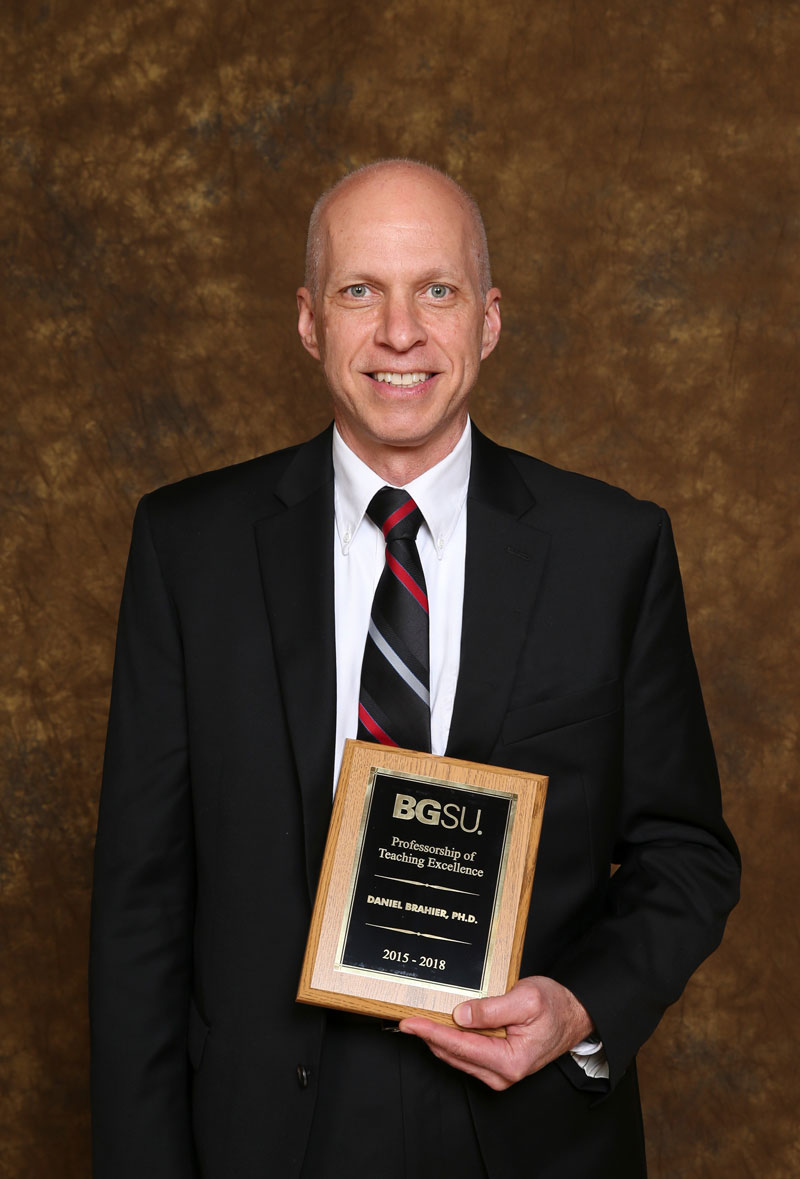 For 27 years, Brahier has taught math at not only the college level but also in middle school and, at times, in high school. The co-leader of BGSU’s state-funded Math and Science in ACTION program, designed to train teachers in the latest and most effective methods, Brahier still teaches algebra (his specialty) to eighth-graders at St. Rose School in Perrysburg before coming to Bowling Green to meet his college classes.

His student-centered life is a reflection of his values and gives him great credibility as an educator. His school teaching allows him to stay in touch with the issues confronting students, teachers and parents. Always seeking to test methods and keep his finger on the pulse of today’s schools, he chose to teach math at a public high school during a faculty improvement leave from BGSU.

Brahier has looked at education from multiple viewpoints: over the course of his career, he has been a math and earth science teacher, high school principal and regional curriculum coordinator. He has received funding from the National Science Foundation, the Ohio Board of Regents and the National Council of Teachers of Mathematics to conduct research on improving the teaching of mathematics in the schools.

His BGSU students appreciate his devotion. They named him the 2001 Master Teacher, praising him as a transformative teacher who shows great care for his students.

Brahier ‘s impact as an educator extends beyond his own classroom. He has helped rewrite BGSU’s math education curriculum, and is the co-author of a textbook on the Common Core that is now the National Council of Teachers of Mathematics top-selling textbook.

He has more than fulfilled the early promise he showed as the first winner of BGSU's Outstanding Young Scholar Award, in 1996. He has received the highest state award for math teaching excellence and twice was the recipient of two other top state teaching awards.