BOWLING GREEN, O.—“Blue Future: Protecting Water for People and the Planet Forever” is the topic of author and activist Maude Barlow’s Lamb Peace Lecture at Bowling Green State University. Her lecture will focus on topics from her recently released book by the same name, including water as a human right and the dangers to our water from farming and other sources. 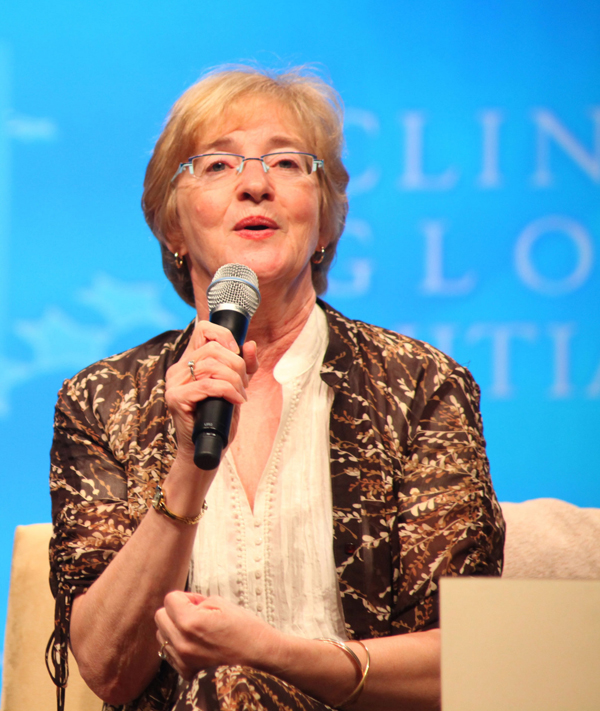 She will speak at 8 p.m. April 7 in the Bowen-Thompson Student Union Theater. Her talk is free and open to the public.

Barlow is the national chairperson of the Council of Canadians and senior advisor on water to the United Nations. She also chairs the board of Washington-based Food and Water Watch and is a councillor with the Hamburg-based World Future Council.

She was one of the “1000 Women for Peace” nominated for the 2005 Nobel Peace Prize. In the same year, she received the prestigious Lannon Cultural Freedom Fellowship as well as the Right Livelihood Award. Known as the “Alternative Nobel” and given by the Swedish Parliament, the Right Livelihood Award cited her “exemplary and long-standing worldwide work for trade justice and the recognition of the fundamental right to water.” She also won the Citation of Lifetime Achievement Award at the 2008 Canadian Environmental Awards, Canada’s highest environmental honor.

Recently she was named the first Advisor on Water to the United Nations, where she counsels Father Miguel d’Escoto Brockman, the new president of the General Assembly.

She is the best-selling author or co-author of 17 books, including “Blue Future.”

BGSU’s annual Edward Lamb Peace Lecture is presented in honor of the late, Toledo-based attorney Edward Lamb, who dedicated his life to world peace and social justice. The lecture series dedicated to him is underwritten by the Lamb Foundation of Toledo and is co-sponsored by the BGSU International Relations Organization; Department of Political Science; Department of Environment and Sustainability; and the Peace and Conflict Studies program.